A Mastectomy – Just to be Safe?

In 1997, at age 35, Peggy Orenstein was diagnosed with breast cancer, a low-grade tumour that was excised. She went on with her life as a producer and writer, having a longed-for daughter and writing movingly about the experience in Waiting for Daisy. Fifteen years later, in the summer of 2012, while chatting to her husband – the Academy Award winning filmmaker Steven Ozaki – and changing into her pyjamas, Orenstein felt a hard knot beneath her lumpectomy scar. This time her oncologist recommended a mastectomy and she asked whether it would be prudent to have the other breast removed – just to be safe. 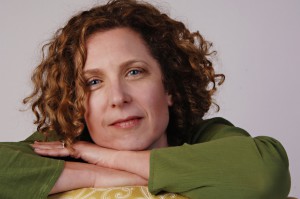 In the end Orenstein elected not to undergo contralateral prophylactic mastectomy (CPM) but she did wonder just how prevalent the procedure was. Earlier this week she contributed a thoughtful, and thought-provoking, piece for The New York Times entitled “The wrong approach to breast cancer.” Orenstein cited a 2009 study published in the Journal of Clinical Oncology which showed that in women who underwent mastectomy to treat ductal carcinoma in situ, the rate of CPM had increased from 6.4% to 18.4% between 1998 and 2005. Researchers have characterised this spike as an “epidemic,” no doubt fuelled by patients’ fear of contracting a second cancer.

As we reported in two blogs last year, celebrities like the actress Angelina Jolie and ABC’s Amy Robach can have a significant impact on decisions made by ordinary women. Justifying her decision to opt for CPM, Robach argued, “I want to be at my daughters’ graduations. I want to be at their weddings. I want to hold my grandchildren.” Orenstein wasn’t convinced and sought further scientific evidence to elucidate the issue. 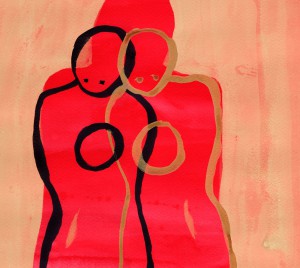 © Jenny Wildfang and The New York Times
Todd Tuttle, chief of surgical oncology and his colleagues at the University of Minnesota have just published a follow-up study in the Journal of the National Cancer Institute in which they employed a decision analysis tree to predict survival outcomes after CPM. They concluded that the absolute 20-year survival benefit from CPM was less than 1%, irrespective of age, oestrogen receptor status or stage of cancer.

Doctors of course are not obliged to deliver treatment when this is deemed to be unnecessary, with Orenstein concluding, “The good news is that treatment to reduce the risk of metastasis has improved over the years. So, those of us who dream of dancing at our children’s weddings? We may yet get there. But if – when – we do, it won’t be because of CPM.”