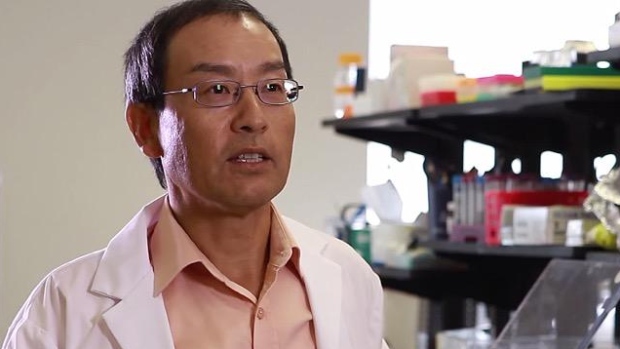 A major challenge faced by those developing diagnostic tests based on samples of human blood or saliva is that these tests require anywhere between 10,000 and 100,000 diseased cells to be present. However, what can be done if the sample contains just a few hundred cells? The answer may lie with a “molecular detective device” that has been developed by a team of scientists at McMaster University in Canada. Yingfi Li (seen above) and his colleagues have just published their method in the journal Angewandte Chemie International Edition.

The molecular device is made of DNA – deoxyribonucleic acid  the molecule that contains the genetic code of organisms – that can indicate the presence of a specific DNA molecule representing a particular disease. Once recognized, the signal is then amplified and can be readily identified: the presence of the target DNA triggers a process called rolling circle amplification that allows the minutest quantities of proteins, metabolites or fragments of DNA to be detected.

Although Professor Li expects a timeline of two to four years before the test has been commercially implemented, he is particularly upbeat about his team’s work: “This invention will allow us to detect anything we might be interested in, a bacterial contamination or perhaps a protein molecule that is a cancer marker. Our method can sensitively detect all of them, and it can do so in a relatively short period of time.” He added, “This will provide the foundation for us to create future diagnostic tests.” 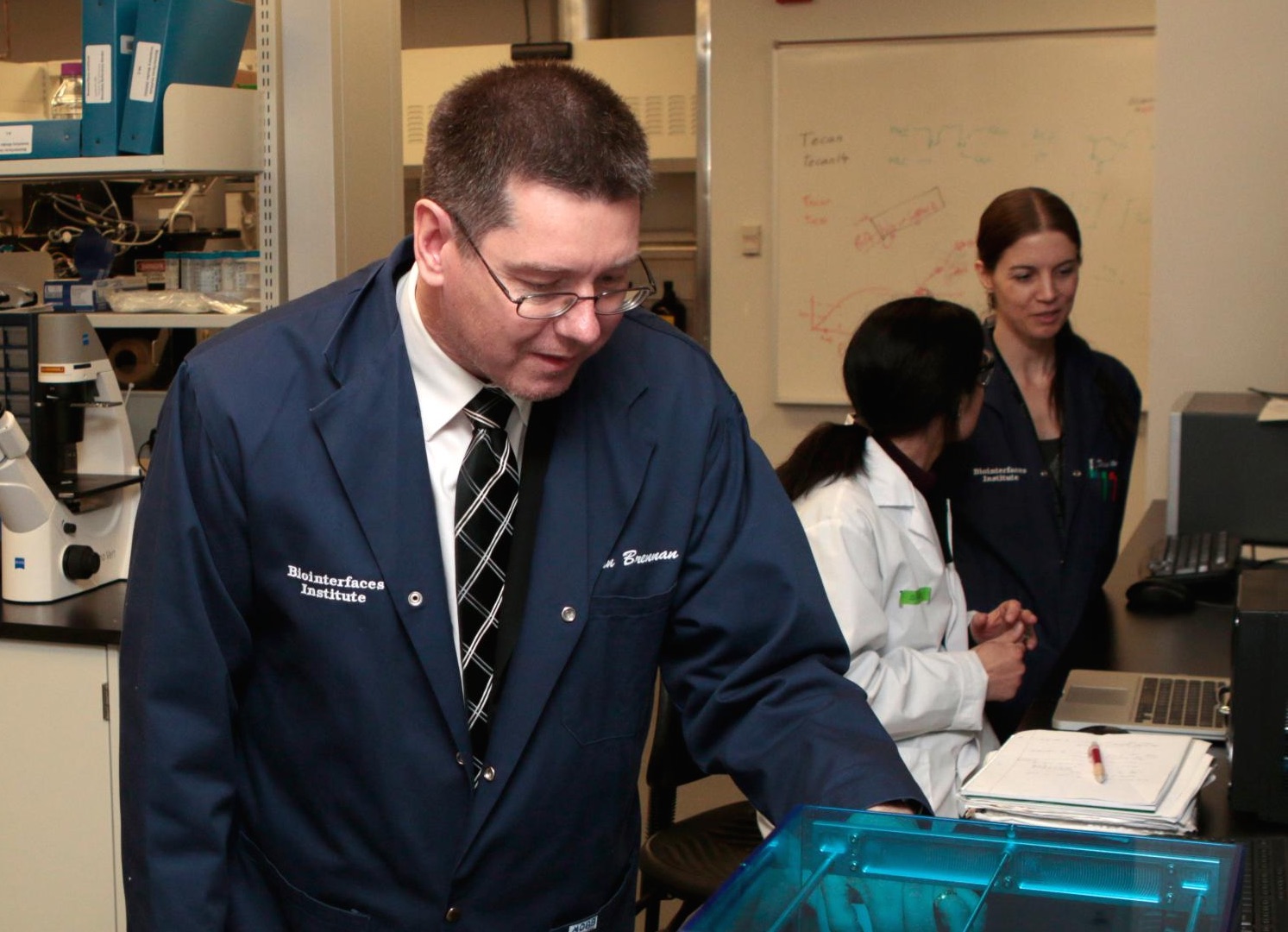 Co-author John Brennan (seen at left), director of the Biointerfaces Institute at McMaster, is equally upbeat  “The method we have developed allows us to detect targets at levels that are unprecedented. The test has the best sensitivity ever reported for a detection system of this kind – it is as much as 10,000 times more sensitive than other detection systems.” Another major benefit of the method is that it does not require complicated equipment and the tests can be run at room temperature.

Perhaps most exciting of all, the Biointerfaces Institute is working on a portable paper version of their test, thus eliminating the need for any laboratory instruments. Using state-of-the-art methods to produce “bio-inks,” it is now possible to use a conventional ink-jet printer to print man-made DNA molecules with a very high molecular weight directly onto paper. Brennan says, “We could conceivably adapt this for numerous applications, including the rapid detection of cancer.” Now that’s exciting news indeed.