In 1839, Gustav Rose discovered a novel mineral in the Ural Mountains of Russia which he named “perovskite” in honour of the mineralogist Lev Perovski. It would be another hundred years before the crystal structure of perovskite was described, and in the past few years this mineral has emerged as a promising candidate for use as an X-ray detector. In fact, last year IEEE Spectrum suggested that perovskite could be the new “killer app” and highlighted the research of scientists at the National University of Singapore.

In an article published in Nature in 2018, the group started with a commercial flat-panel X-ray detector and replaced the cesium iodide scintillator with a layer of nanocrystals of perovskite, creating an ultrasensitive imaging system (above right, © Nature). As seen below left, they were able to acquire an X-ray image of a beetle at high resolution and extremely low dose: 400 times lower than a typical medical imaging dose. Principal investigator Xiaogang Liu commented: “We got a little bit lucky, because we discovered that the nanocrystals had to be deposited on the substrate through a solid-state process.” 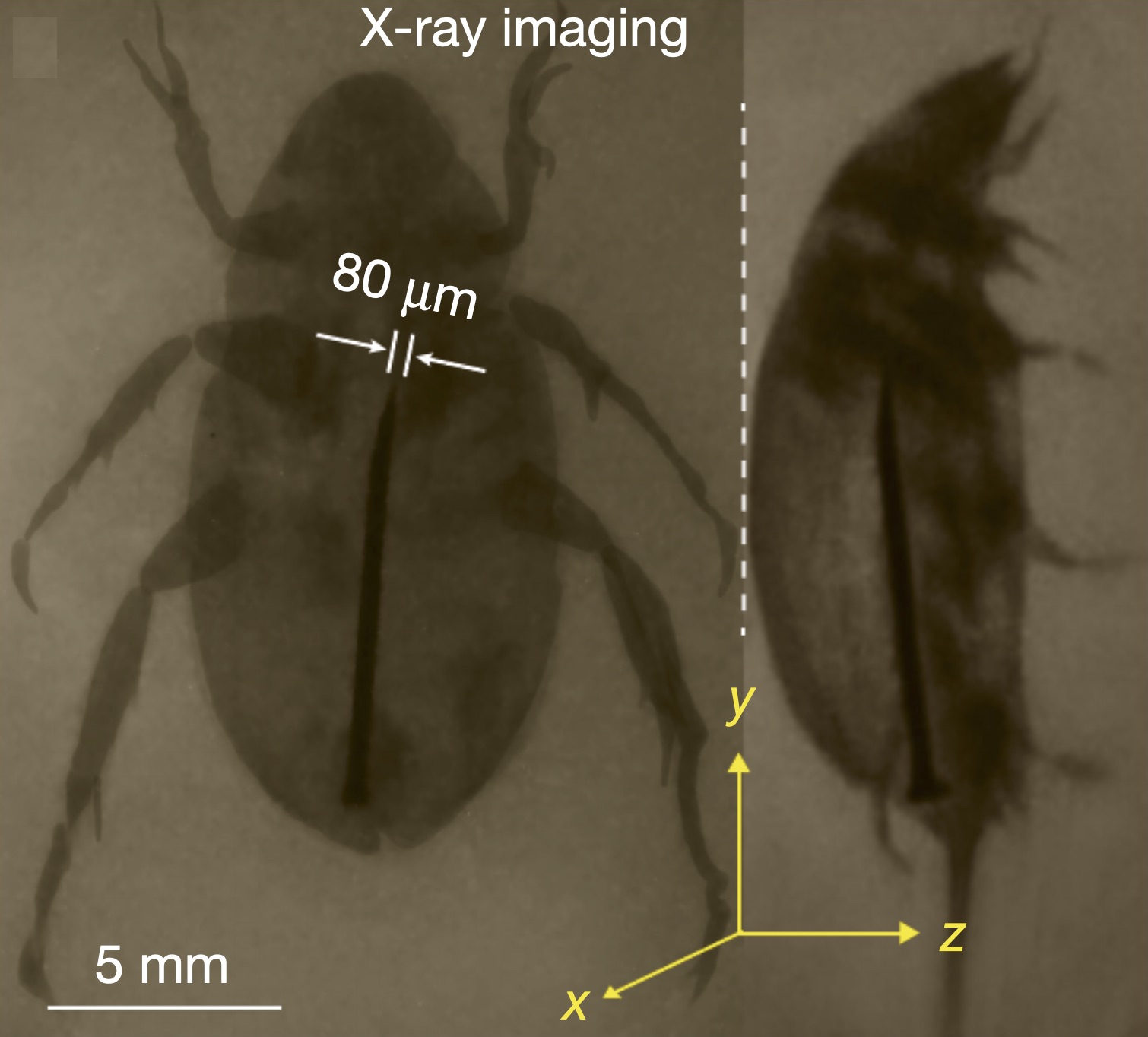 Earlier this week, scientists at the Los Alamos National Laboratory (LANL) in New Mexico – where nuclear weapons were developed and built during World War Two – announced another breakthrough in the application of perovskite for X-ray detection. They published their findings in Science Advances in an open source article entitled “A sensitive and robust thin film X-ray detector using 2D layered perovskite diodes.” In an interesting advance, their detector does not require an outside power source and converts X-ray photons directly into electrical signals (see below right, © LANL).

Lead scientist Wanyi Lie was optimistic, stating: “The improved detection limit will help to reduce X-ray dosage and protect patients. We also expect our technology to provide higher spatial resolution to resolve soft tissues and provide more detail.” Another potential advantage of the perovskite detector is its ability to count single photons, enabling the differentiation between cancerous tumours and healthy tissue. 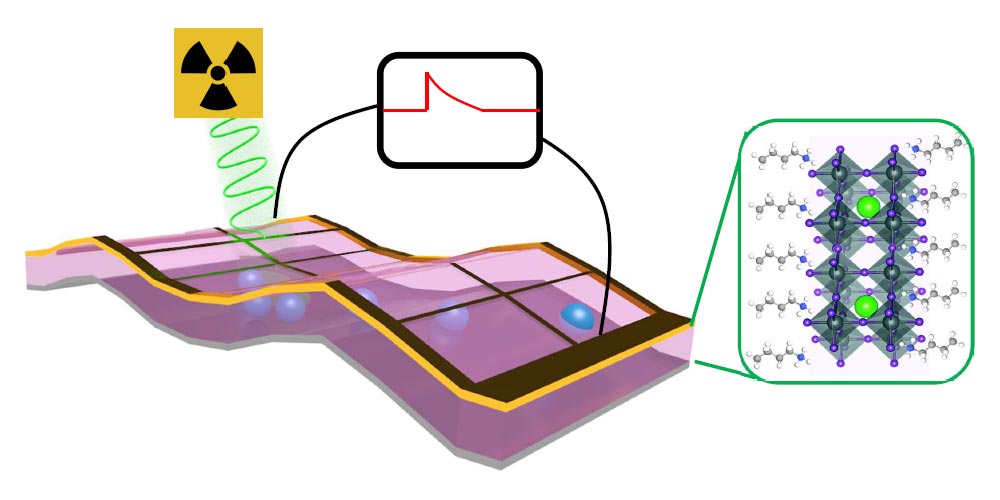 It turns out that perovskite films can be deposited by spraying solutions onto surfaces, creating thin layers of the material. Fabrication of these detectors should thus be easier and cheaper than silicon-based sensors, using technology that’s similar to an ink-jet printer. The developers still need to scale their detector from a single pixel demonstration to produce an array with reduced pixel sizes. They are not there yet but, in time, they may be in a position to deliver the “killer app.”