Earlier this week I had the opportunity to speak to Dr Nancy Cappello, a determined advocate for the right of American women to make informed decisions about their health. Nancy, who was awarded a PhD in educational administration by the University of Connecticut in the mid-1990s, has just published an article entitled “Decade of ‘normal’ mammography reports — the happygram” in the Journal of the American College of Radiology. The ‘happygram’ refers to a screening mammogram with the good news that a woman is cancer-free. 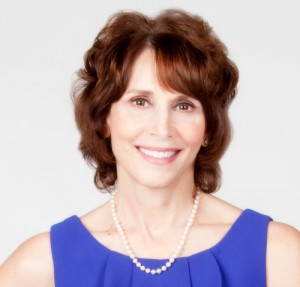 Nancy writes that in late 2003 her annual screening mammogram was reported as normal, just as had been reported in the decade previously. However, at her routine gynaecological examination six weeks later, her doctor felt a ridge in her right breast and ordered both a diagnostic mammogram and an ultrasound. While the mammogram yielded nothing, the ultrasound revealed a 2.5-cm mass that was later verified as stage IIIC breast cancer. When Nancy questioned her doctors about what had happened, she was told she had dense breast tissue and that was why the tumour was invisible to the X-rays.

Haunted by her doctors’ response that it was not standard protocol to inform their patients about the risks of dense breasts, Nancy turned to the state legislature. Within a few years Connecticut had implemented legislation that not only required insurance companies to pay for whole-breast ultrasound as an adjunct to mammography, but radiologists were obliged, by law, to inform patients about their breast density. Nancy and her husband Joe launched a website called AreYouDense.org, as well as a not-for-profit organisation by the same name to serve as an advocate for breast density notification laws.

With Nancy Cappello’s leadership, another 12 states have enacted similar legislation, while the FDA is looking to update the Mammography Quality Standards Act of 1992. Research evidence shows that in Connecticut there’s been a significant increase in the detection of mammographically occult cancers using ultrasound, a fitting tribute to a remarkable woman.