A Tutorial on Breast Masses 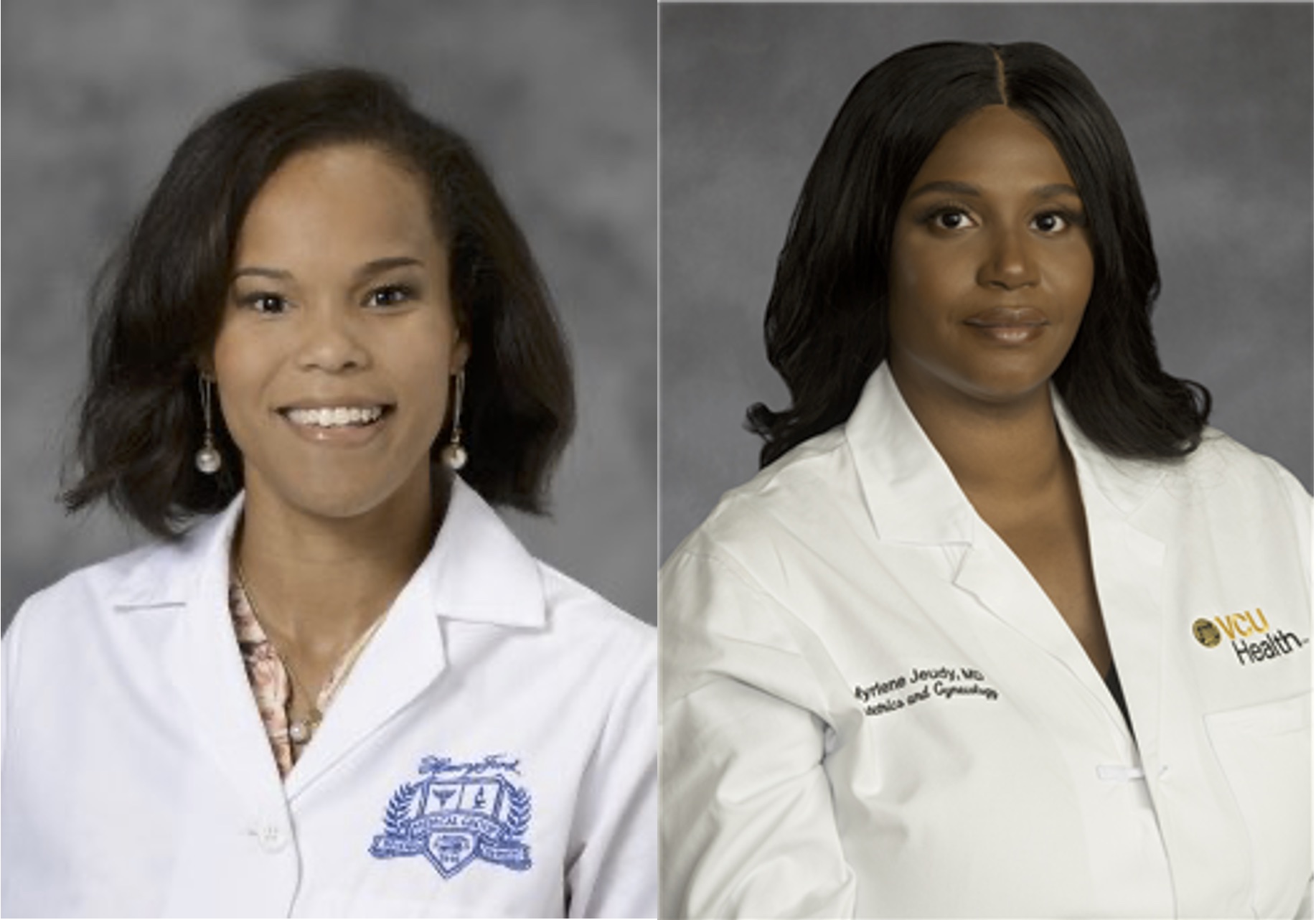 Yesterday saw the online publication in JAMA Network of a tutorial entitled “Breast masses in biological females.” Published by the American Medical Association, this article is freely available and may be downloaded by clicking here  The authors are two ObGyn specialists – Monique Swain from Michigan (left) and Myrlene Jeudy from Virginia (right) – who point out that, although most palpable breast masses are benign, breast cancer is one of the most common cancers in the United States. It is therefore important that clinicians have the knowledge to evaluate breast masses appropriately.

After recording a medical history that includes time frame of symptom onset, mass size and location, associated pain, skin and nipple changes, the clinician should conduct a careful physical examination with the patient first evaluated while standing upright, and then lying down in a supine position. The table below left (© JAMA) summarises the characteristics of clinically suspicious features vs features with low clinical suspicion. Breast masses that are hard, with irregular borders, fixed, painless and increasing in size, are considered suspicious. 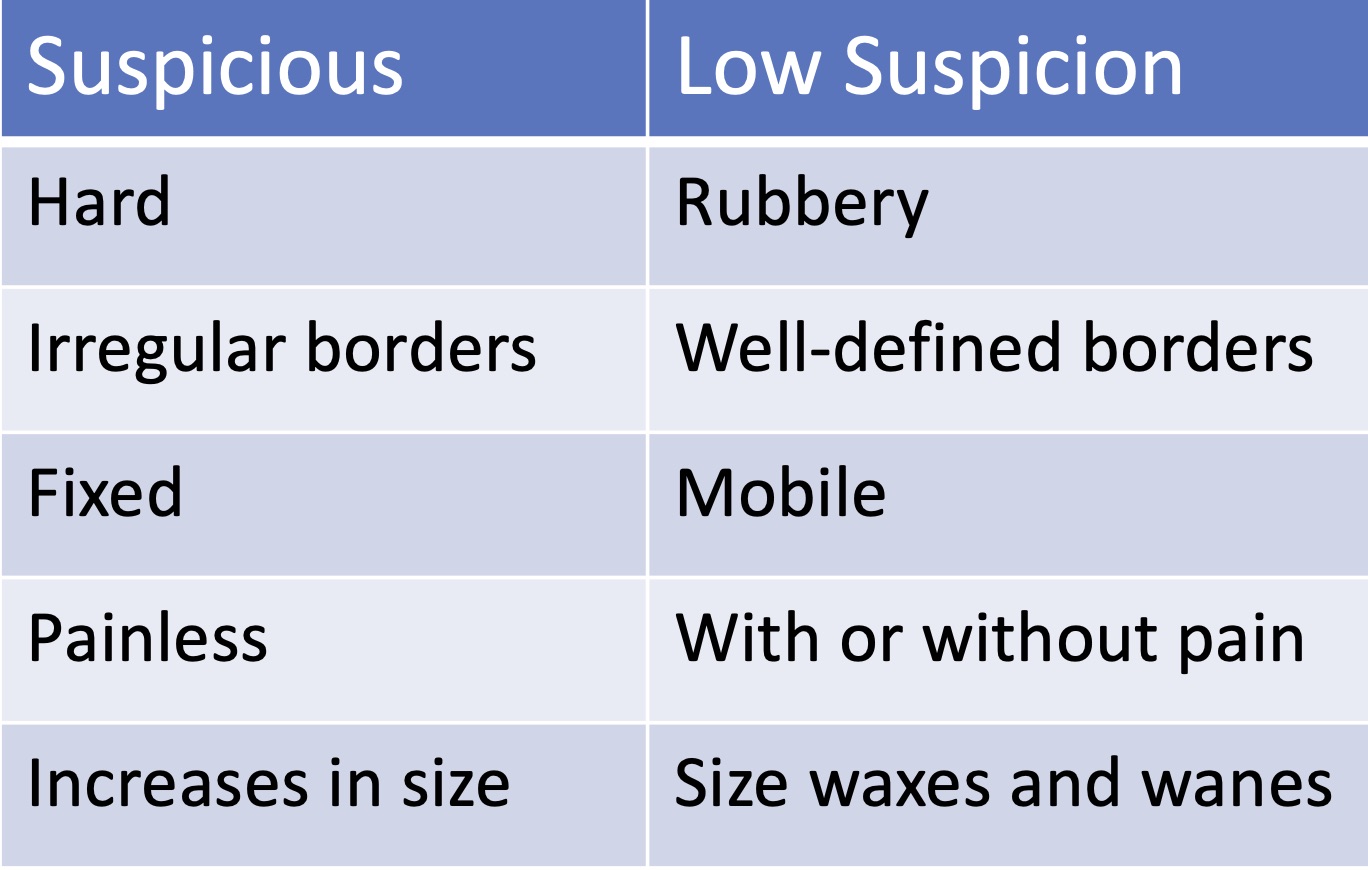 The next step in the clinical workup is imaging, with mammography and ultrasound being the key modalities for evaluating a palpable breast mass. The American College of Radiology has developed, published, and trademarked BI-RADS – an acronym for Breast Imaging-Reporting and Data System – which is a quality assurance tool to assess breast images. There are seven BI-RADS categories, including 0: incomplete; 1: negative; 2: benign; 3: probably benign; 4: suspicious; 5: highly suggestive of malignancy; and 6: biopsy-proven malignancy.

If the patient is younger than 30, then the initial evaluation of a palpable mass is usually performed with targeted hand-held ultrasound. The findings may include a solid mass, complex cyst, simple cyst, or a negative finding. If the patient is aged 30 years or older, then a diagnostic mammogram followed by ultrasound is recommended. The image below right (© IAME) of a 59-year-old woman illustrates a simple cyst with a circumscribed margin and posterior acoustic enhancement, that is benign. 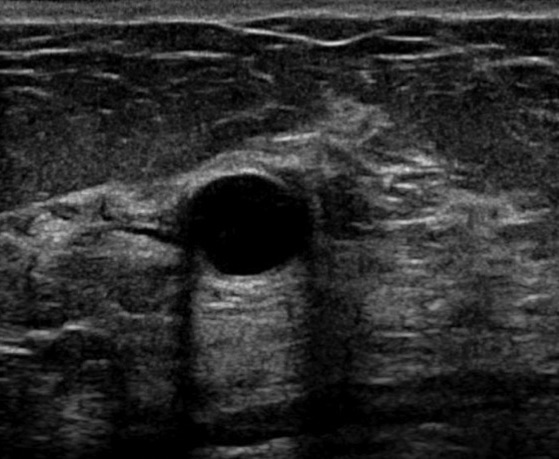 As women delay childbearing, breast cancer associated with pregnancy has become more common. Targeted ultrasound is the preferred imaging modality and, while mammography is considered safe, sensitivity may be limited due to increased breast density. Tissue biopsy, normally performed under ultrasound guidance, is recommended for all lesions that are categorised as BI-RADS 4 or 5, and a malignancy warrants immediate referral to a breast surgeon. Swain and Jeudy concluded that although most breast masses are benign, all palpable masses should be evaluated with imaging for early detection of breast cancer.