A Tutorial on Cancer 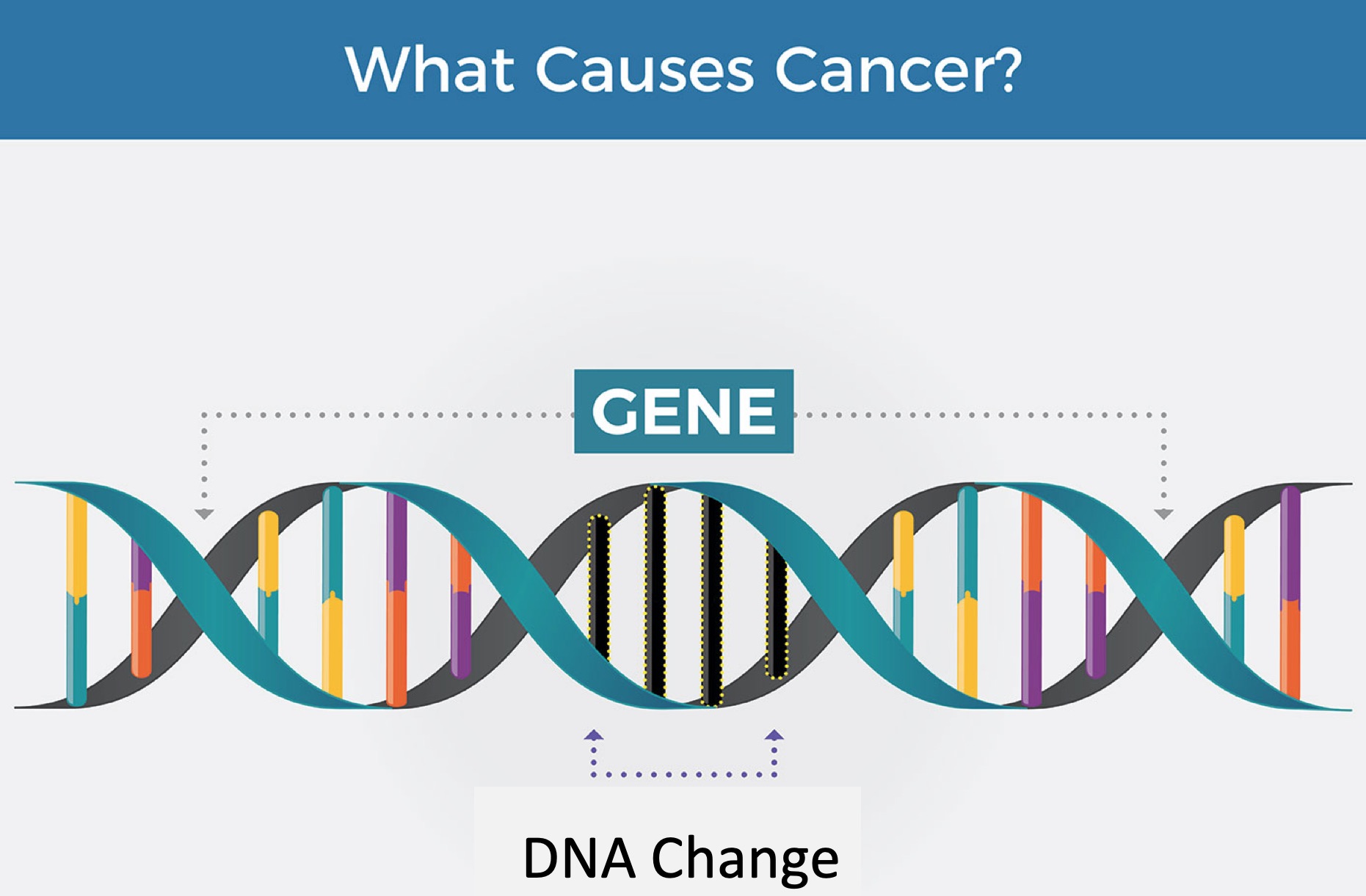 The National Institutes of Health (NIH), located just outside Washington, DC, in the leafy suburb of Bethesda, MD, is home to 27 separate institutes and biomedical research centres. One of these is the National Cancer Institute (NCI) which funded a two-year research grant for $275,000 (R21CA101705) to CapeRay’s founders, Kit Vaughan and Tania Douglas, when the company was still being incubated within the University of Cape Town. The NCI has just published twelve colour illustrations, together with descriptions, that form the basis of an informative tutorial on cancer (all images © NCI). 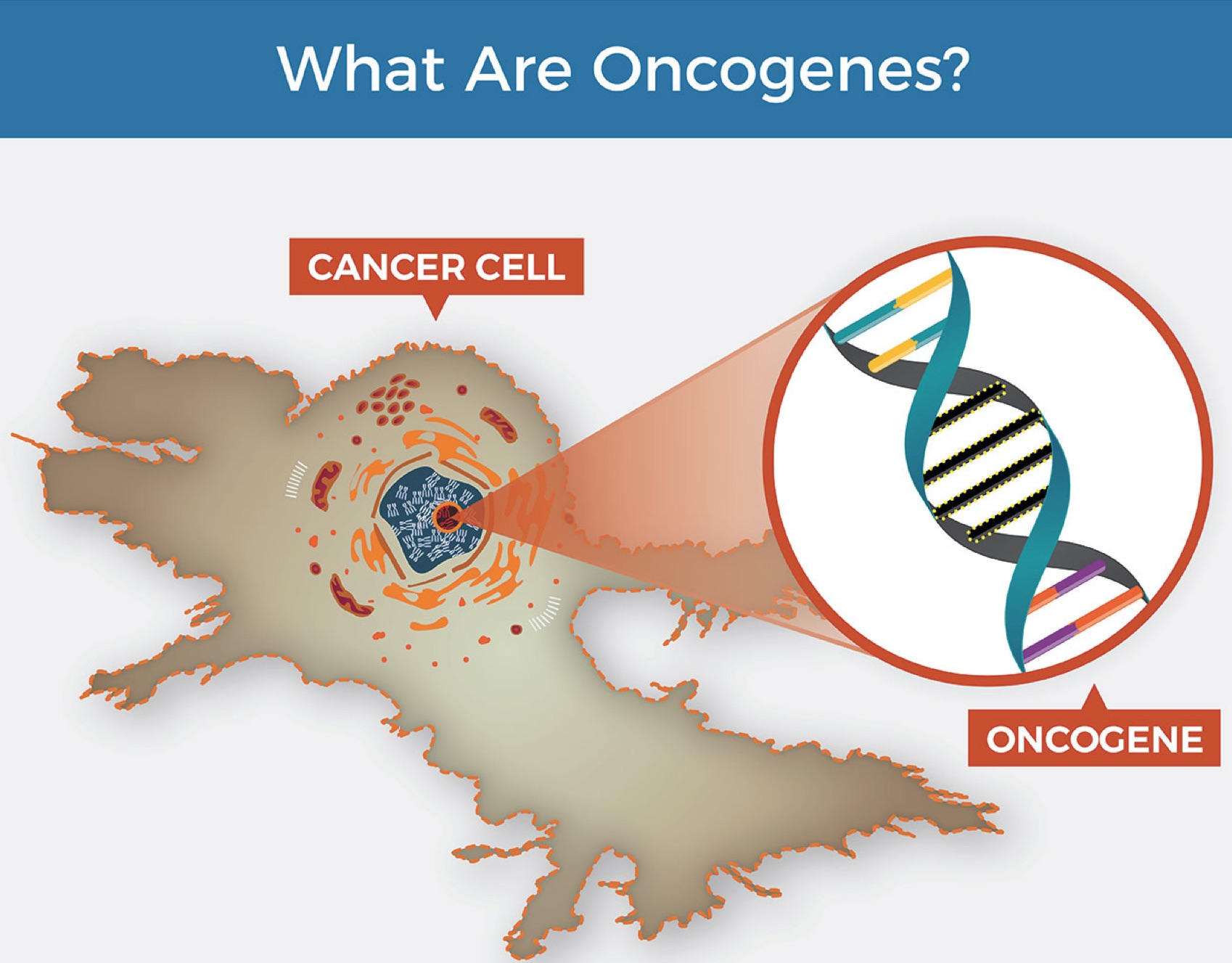 As seen above right, cancer is caused by changes in DNA, and these changes occur in genes and are therefore referred to as genetic changes. Cancer is a disease that results when cells divide in an uncontrolled manner and then spread into the surrounding tissues. As illustrated at left, changes in DNA sometimes cause the genes involved in normal cell growth to transform into oncogenes. Oncogenes cannot readily be turned off – unlike normal genes – and so they can cause unfettered cell growth. 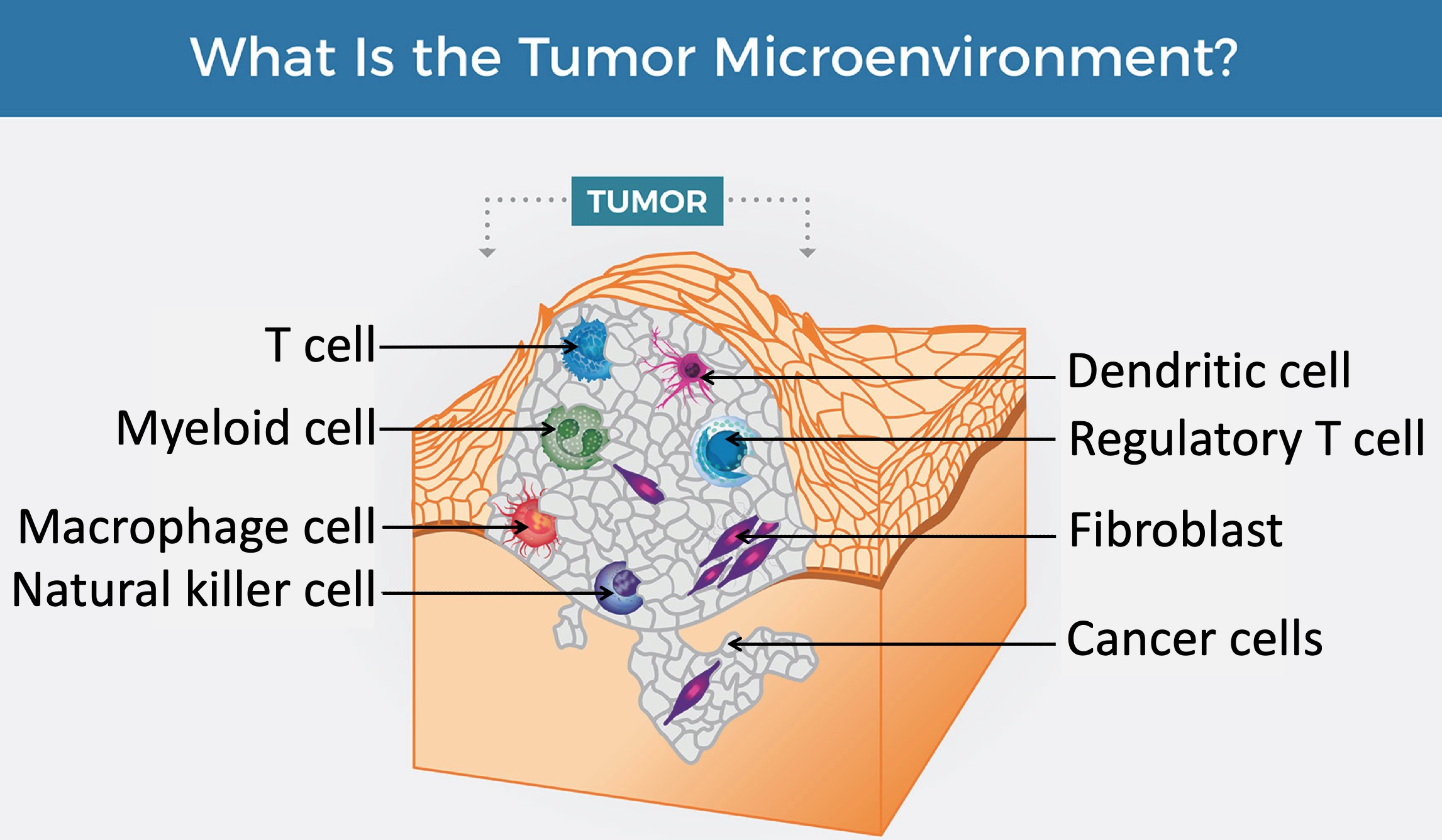 Whereas tumour suppressor genes prevent cancer in a normal cell, DNA changes in a cancer cell will turn off the tumour suppressor genes, leading to cell growth. As seen at right, the tumour microenvironment consists of a variety of immune cells, molecules, fibroblasts and blood vessels. This environment can be influenced by the cancer cells and these changes can, in turn, affect how the cancer grows and spreads. 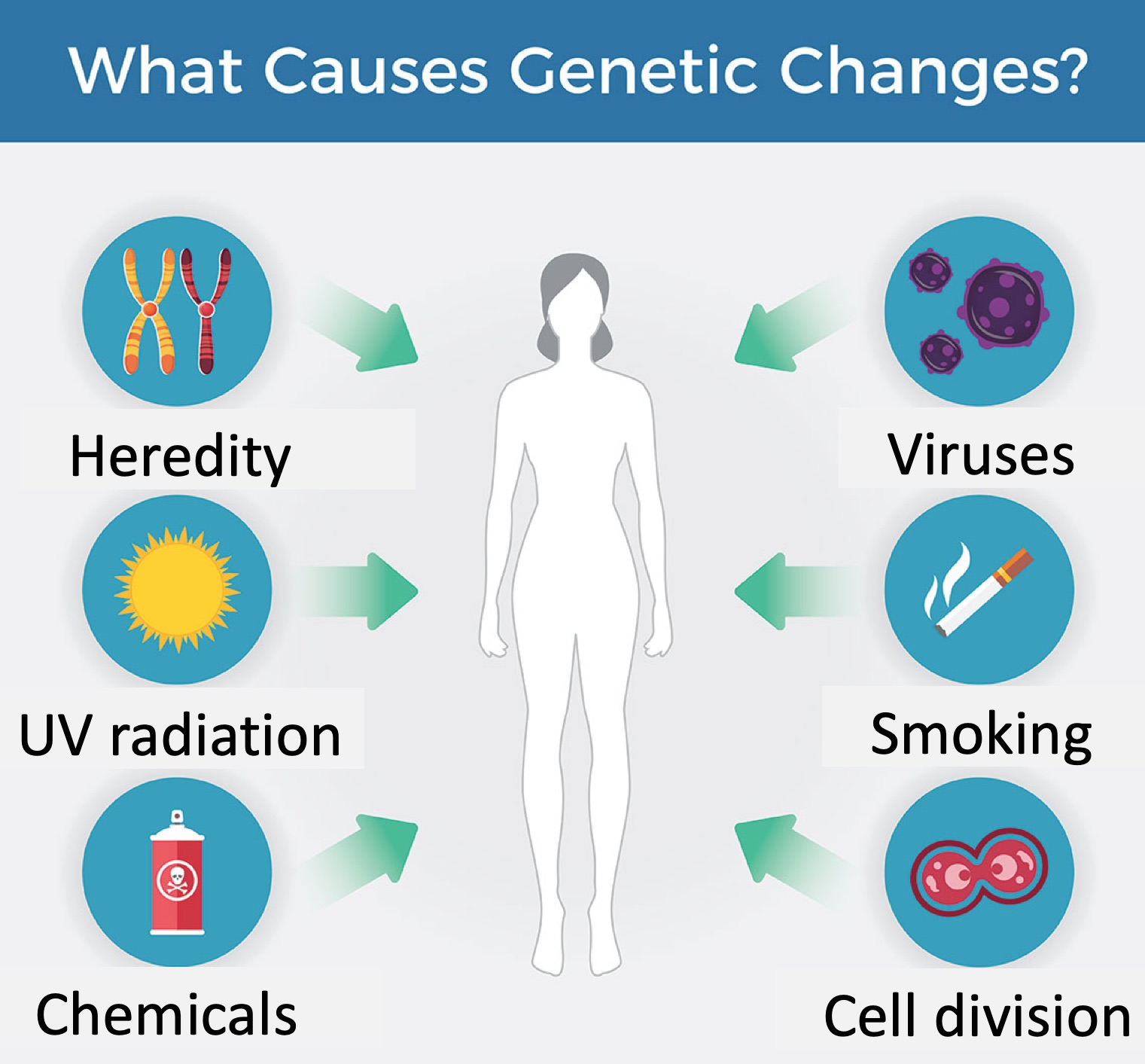 Genetic changes that give rise to cancer normally accumulate slowly as a person ages, which leads to a higher risk of cancer later in life. As seen at left, there are a variety of changes that can cause cancer: heredity, ultraviolet (UV) radiation, chemicals, viruses, smoking and errors that occur during normal cell division. Metastasis (seen below right) occurs when cancer cells break away from the original tumour site and travel via the bloodstream or lymph system to a distant location in the body. 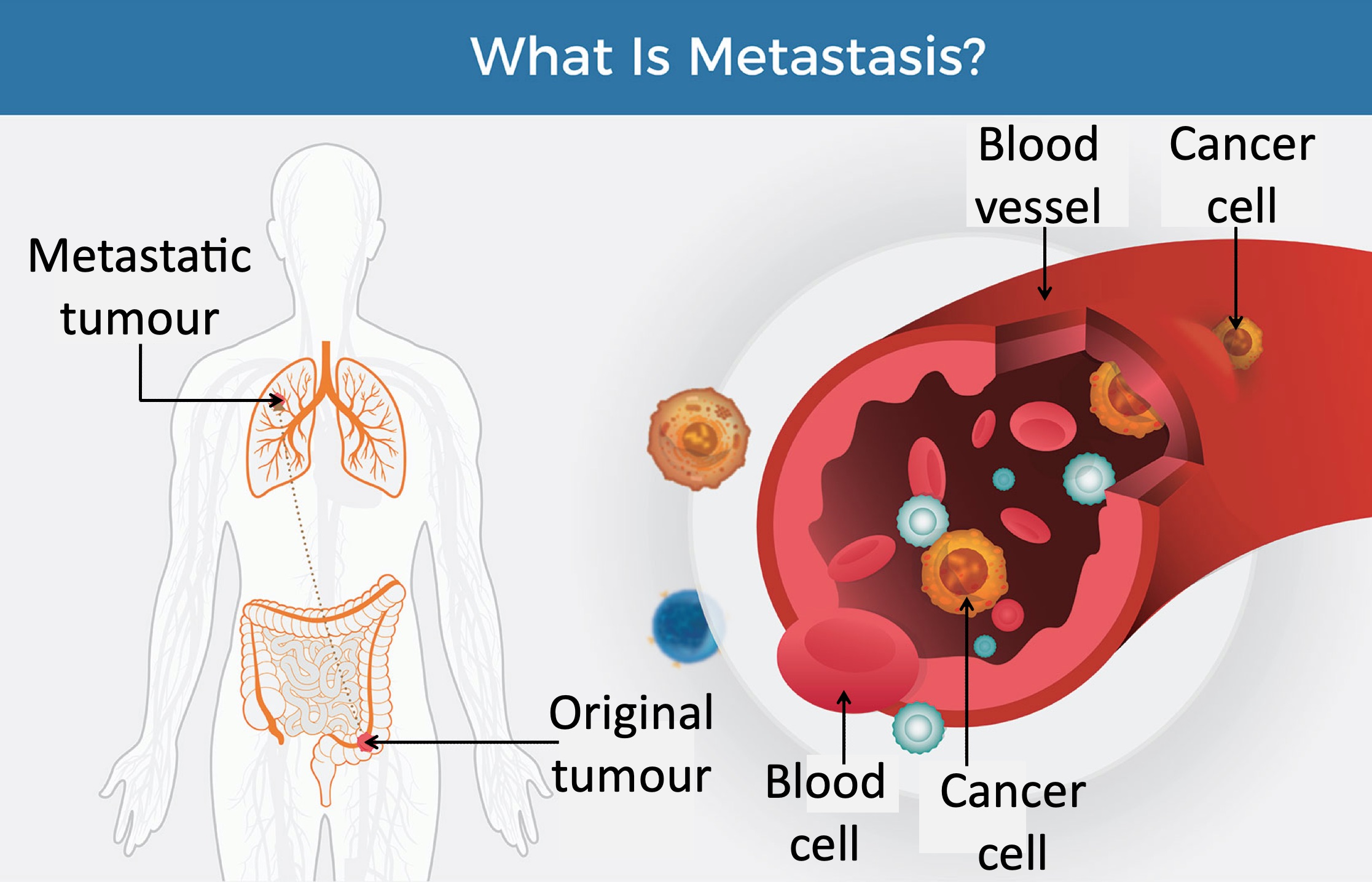 When considering treatment, each person’s cancer is unique and consists of different genetic changes. Depending on these changes, an individual’s cancer may be more – or less – likely to respond to treatment. Cells in the immune system are able to detect and then attack cancer cells, although these cells can often avoid detection. There are immune system proteins called monoclonal antibodies that can be created in the laboratory and then injected into the bloodstream, assisting the body’s own immune system to identify and attack cancer cells. The NCI continues to play a vital role in the prevention, diagnosis and treatment of all cancers, including breast cancer.