Delphinus Medical Technologies has just announced the closing of a $30 million investment to fast-track commercialisation of its SoftVue automated breast ultrasound (ABUS) system. This fourth round of investment will be added to the $19 million it received prior to regulatory approval in 2014, and a further $39.5 million invested in September 2015. This latest round drew participation from existing investors – Arboretum, Beringea and North Coast Technology – as well as new investors, Hopen Life Science Ventures, and Waycross Ventures  When grants from Federal agencies are included, the total raised for the 12-year-old company amounts to almost $100 million.

“Every day it becomes increasingly obvious that we have delivered a game changer technology to transform dense breast screening,” enthused Mark Forchette, the CEO of Delphinus. He continued, “When potential customers hear that SoftVue finds more cancers, delivers an exceptional patient experience and efficient workflow the same day as the mammogram without costly staff additions, they recognise the value for their patients.” He stated that the latest round of funding would support their robust commercial strategy for rapid market adoption. 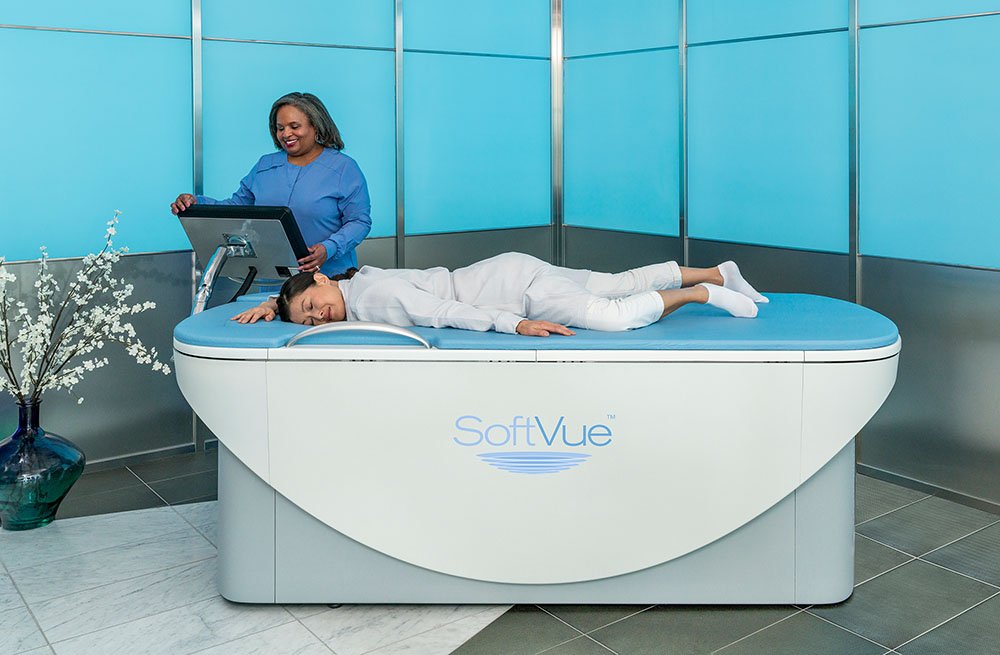 Seen at left is SoftVue (© Delphinus) where the woman lies prone with her breast suspended in a reservoir of warm water, and a circular ultrasound transducer gathers cross-sectional images of the breast in a single vertical scan. In addition to the ultrasound images, SoftVue also measures the speed of the ultrasound waves as they pass through breast tissue. Seen below right (© Journal of Clinical Medicine) are speed of sound plots for four women with varying levels of breast density.

Paul McCreadie, who is a partner at Arboretum Ventures and serves as non-executive chair of Delphinus, commented: “Our board of directors and investors are very excited to launch into commercial activities with SoftVue. The successful completion of a rigorous clinical study that resulted in the pre-market approval (PMA) will allow the Delphinus team to leverage their unique technology to change the paradigm for dense breast screening.” Importantly, SoftVue is not intended as a replacement for, but rather an adjunct to screening with full-field digital mammography. 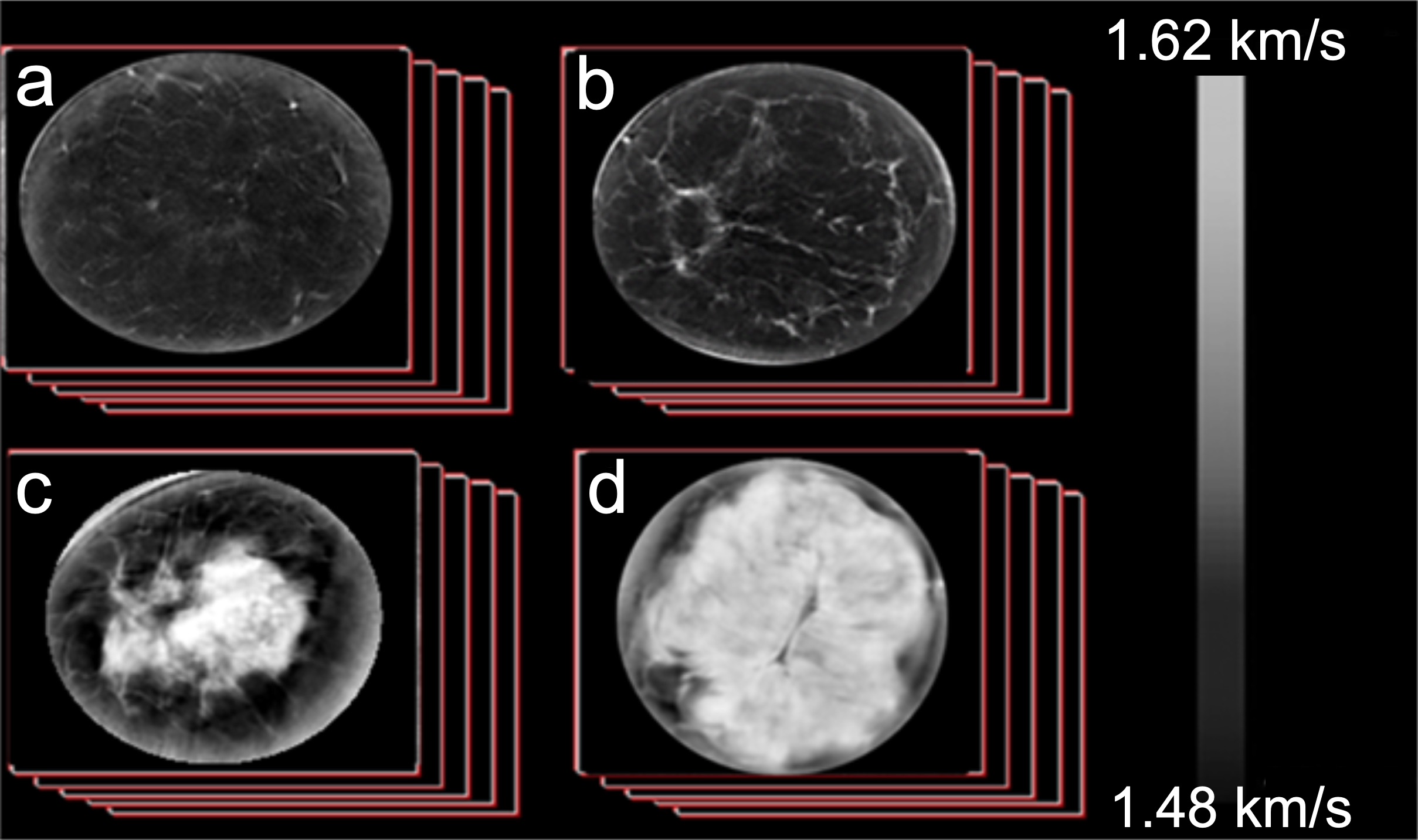 The news of this latest investment comes hot on the heels of the announcement that Delphinus has made its first sale of SoftVue which will be acquired by the Karmanos Cancer Institute in Detroit, where the technology was originally conceived and developed. Thus, it’s taken 12 years, investment of $100 million, three 510(k) approvals and one PMA by the Food & Drug Administration, for the company to start generating revenue. The investors have indeed been patient!