Alternatives to the Big Squeeze 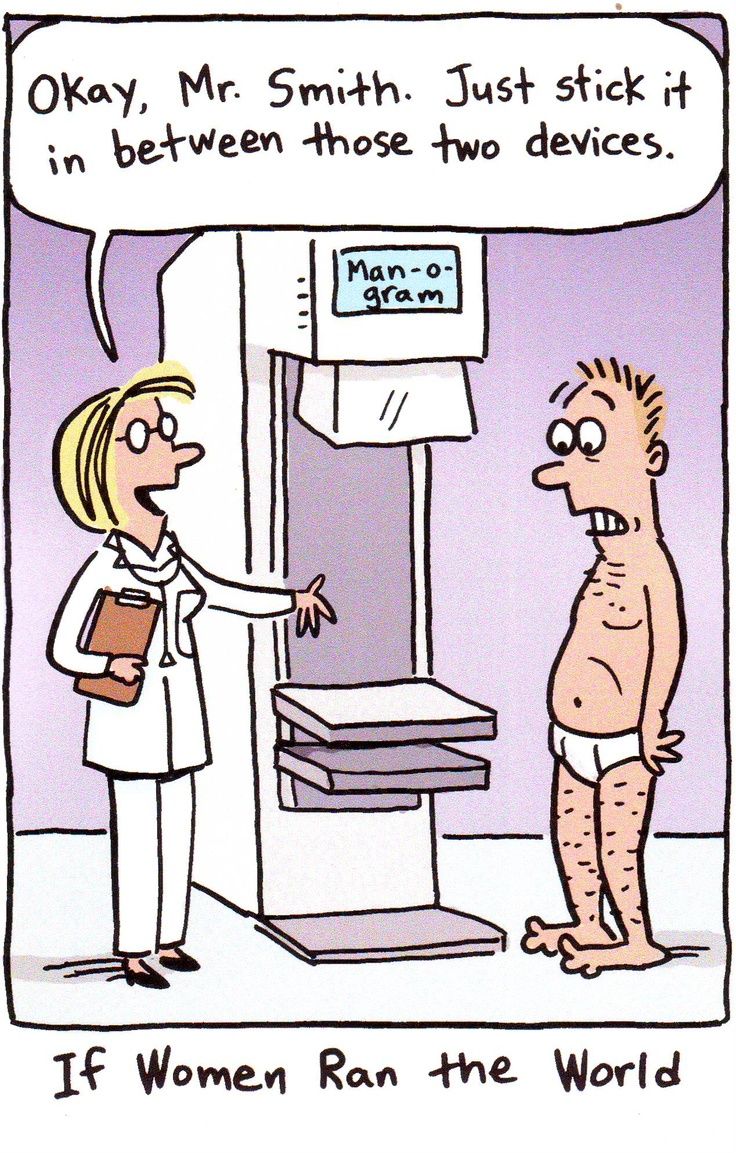 It’s no secret: one of the major concerns that women have when contemplating their next mammogram is the discomfort associated with breast compression. In fact, when women hear about CapeRay’s new dual-modality Aceso system, their first question is often: Will it squash my breasts like those other devices? Given that our team members are mostly men, the sentiment expressed in the cartoon to the right is one we cannot ignore!

Two questions need to be answered: What are the benefits of compressing the breast? What are the alternatives to the big squeeze? There are multiple benefits to breast compression, including: (1) less risk of blurring from breast movement; (2) reduced radiation dose; (3) reduced X-ray scatter and better image quality; (4) reduced overlapping of tissues; and (5) less geometric blurring. It turns out that some of these benefits can be addressed by using less compression and imaging with digital breast tomosynthesis (DBT).

Fifteen years ago, long before DBT emerged as a viable alternative to full-field digital mammography, a breast surgeon called Gail Lebovic had a simple idea: If a radiolucent cushion was attached to both the compression paddle and the breast platform, would it decrease pain without compromising image quality? Lebovic collaborated with well-known radiologist László Tabár and published a paper in Acta Radiologica showing that two-thirds of women experienced significantly less pain when the breast pads were used. She also secured a series of patents for her MammoPad® and licensed these to BioLucent, a company that was subsequently acquired by Hologic, a market leader in mammography. 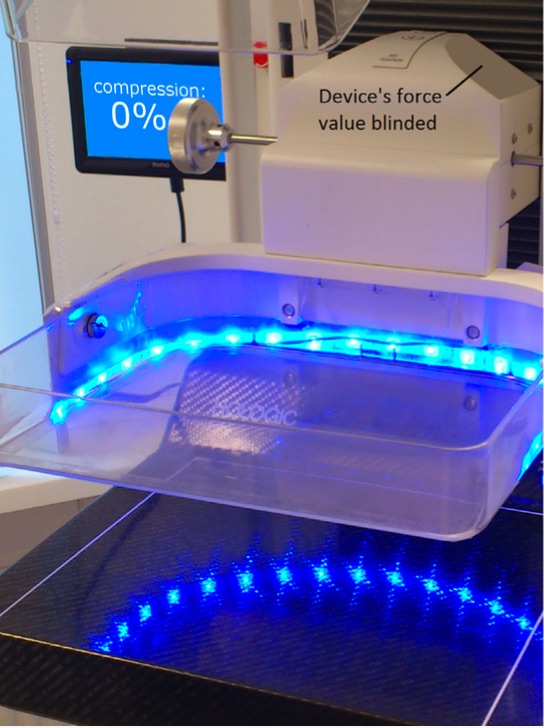 Researchers from Holland have just published two important papers in the April issue of the European Journal of Radiology. In the first article  Woutjan Branderhorst compared the degree of mammographic compression in two Dutch screening centres with one in the USA, and showed there were considerable differences, based on the protocols followed by radiographers. They urged mechanical standardization, where pressure – force divided by area – was preferable to the use of force alone. In the second article  Jerry de Groot used a specially instrumented paddle to measure area (see left, © EJR) and showed that a standardized pressure of 10 kPa (75 mmHg, which leads to equilibrium between venous and arterial blood pressure) caused significantly less discomfort than a standardized force of 140 N.

Be assured, the engineers at CapeRay – both male and female – are determined to design a compression system for Aceso that offers an alternative to the big squeeze.