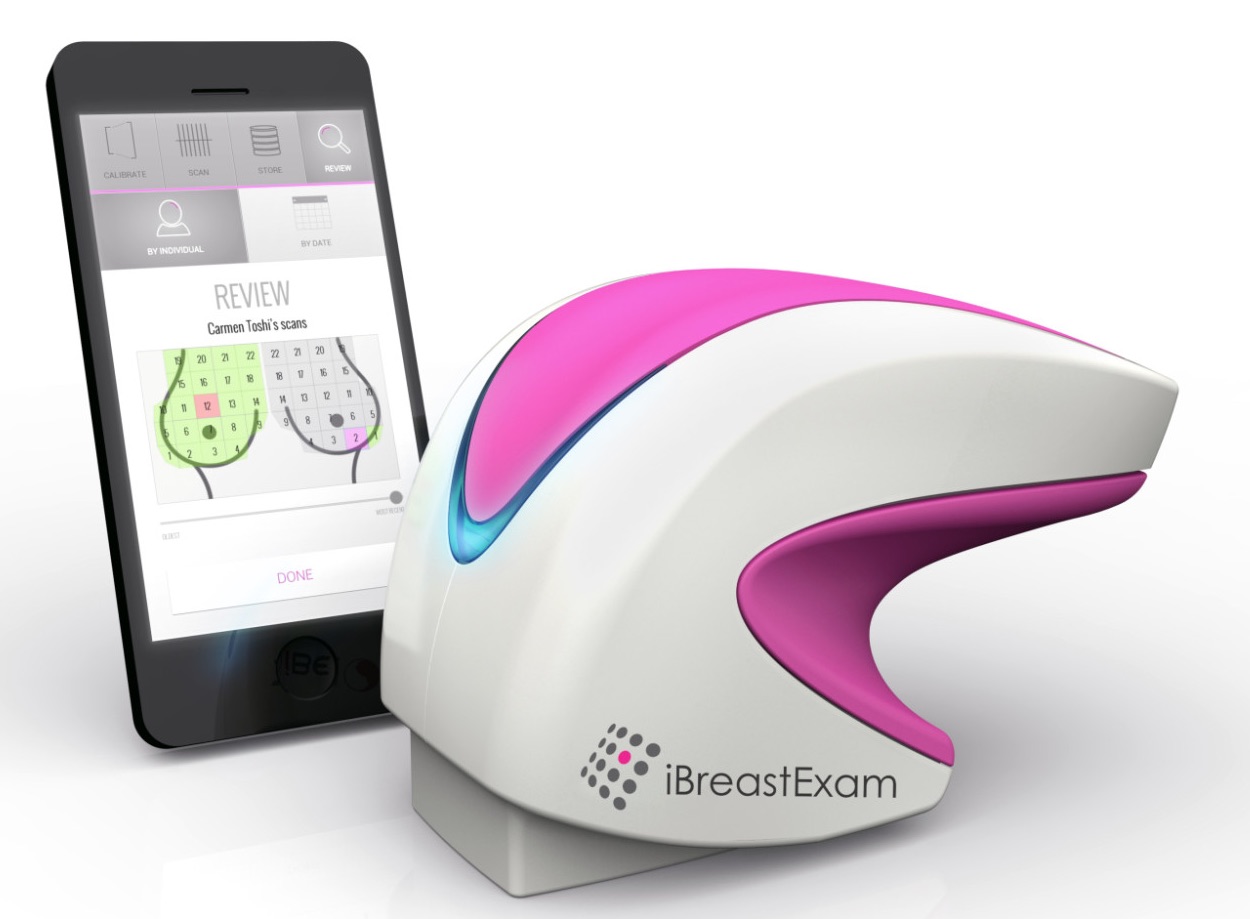 A major hurdle facing developing countries when contemplating a breast screening programme, is that current technologies – such as digital breast tomosynthesis or automated breast ultrasound – can be extremely expensive, costing anywhere between $250,000 and $500,000. Well, scientists from Drexel University in Philadelphia have developed an innovative breast scanner to address this problem. Known as the iBreastExam (iBE), and manufactured by UE LifeSciences that has facilities in the USA and India, the device (seen above right) has the potential to make a significant contribution to early detection of breast cancer in low-resource environments.

According to the developers, “The iBE’s sensor technology accurately assesses and identifies tissue elasticity differences between hard and stiff breast cancer tumours versus normal, benign breast tissue.” The tactile sensors, which have been patented  are based on the principle of a piezo-electric finger detector that generates quantitative information – such as elastic modulus (E) and shear modulus (G) – regarding tissue compression and stiffness when in contact with the breast. You can click here to watch a video that explains how this “electronic palpation” sensor works. 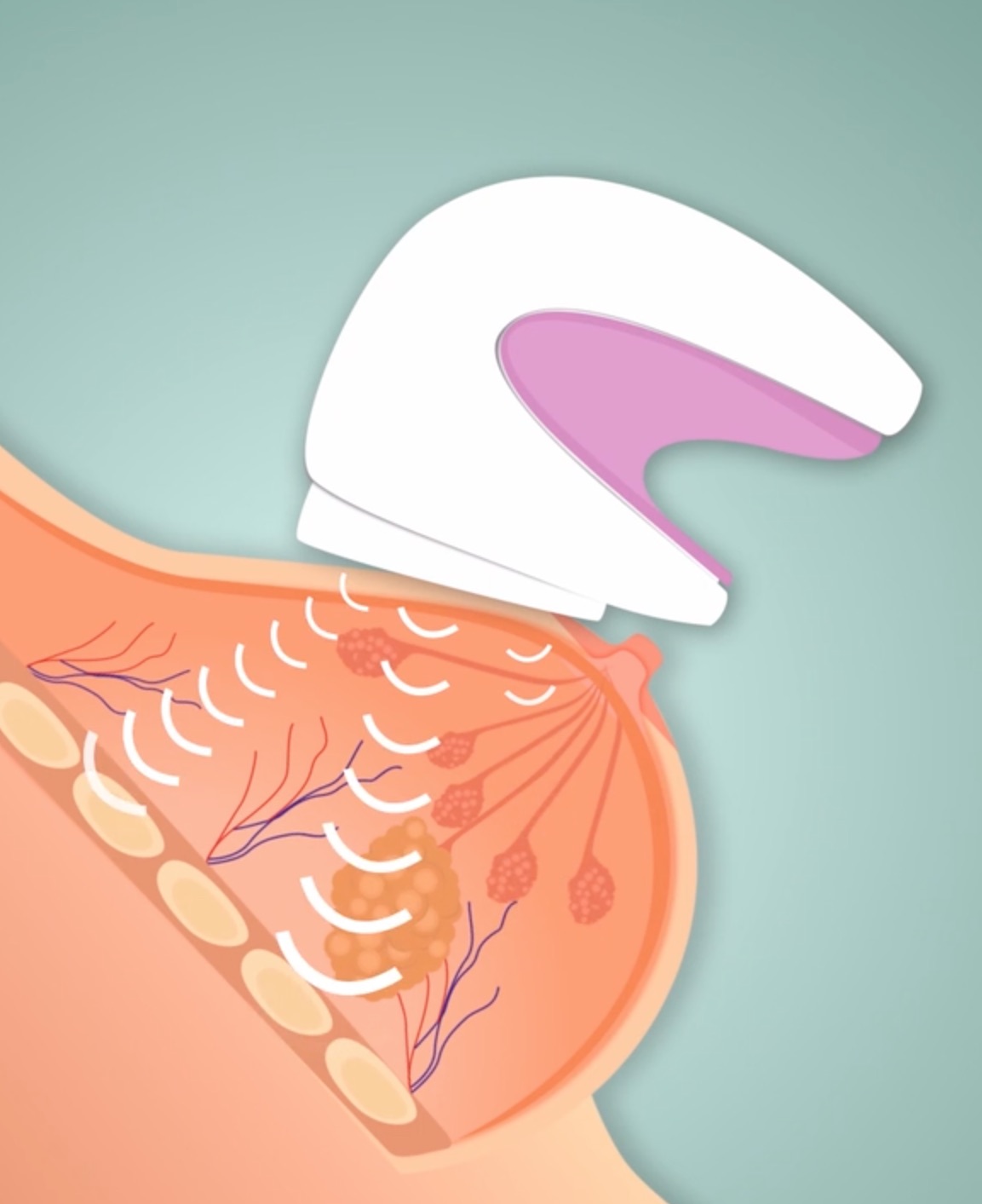 The challenge for the developers has been to show that their system actually works when used in the field. Robyn Broach and collaborators from the University of Pennsylvania last year published a paper in the World Journal of Surgical Oncology entitled “A cost-effective handheld breast scanner for use in low-resource environments: a validation study.” All 78 patients presenting for a diagnostic workup underwent an iBE examination. In addition, all were evaluated by handheld ultrasound, 52 had diagnostic mammography and 39 had biopsies.

In 60 patients, various masses – such as fibroadenomas, cysts, fat necrosis, DCIS or tumours – were confirmed, with 12 women being diagnosed with breast cancer. The iBE device correctly identified 66 lesions for a sensitivity of 86% and specificity of 89%. This led the authors to conclude that their validation study had demonstrated excellent sensitivity of iBE for identifying clinically significant lesions in patients presenting for diagnostic imaging.

Given the early success of the technology, which has earned both the CE Mark and FDA approval, the State Government of Maharashtra in India initiated a programme on 1 October 2016 to screen 250,000 women using 16 iBE devices deployed at medical colleges around the state. Early results have been encouraging, with the identification of 31 malignant tumours – out of almost 13,000 women screened – which has led one of the financial backers to enthuse that “This innovative technology will bring high quality radiation-free and painless breast examination to millions of women in India.”