Anatomy of a Biography 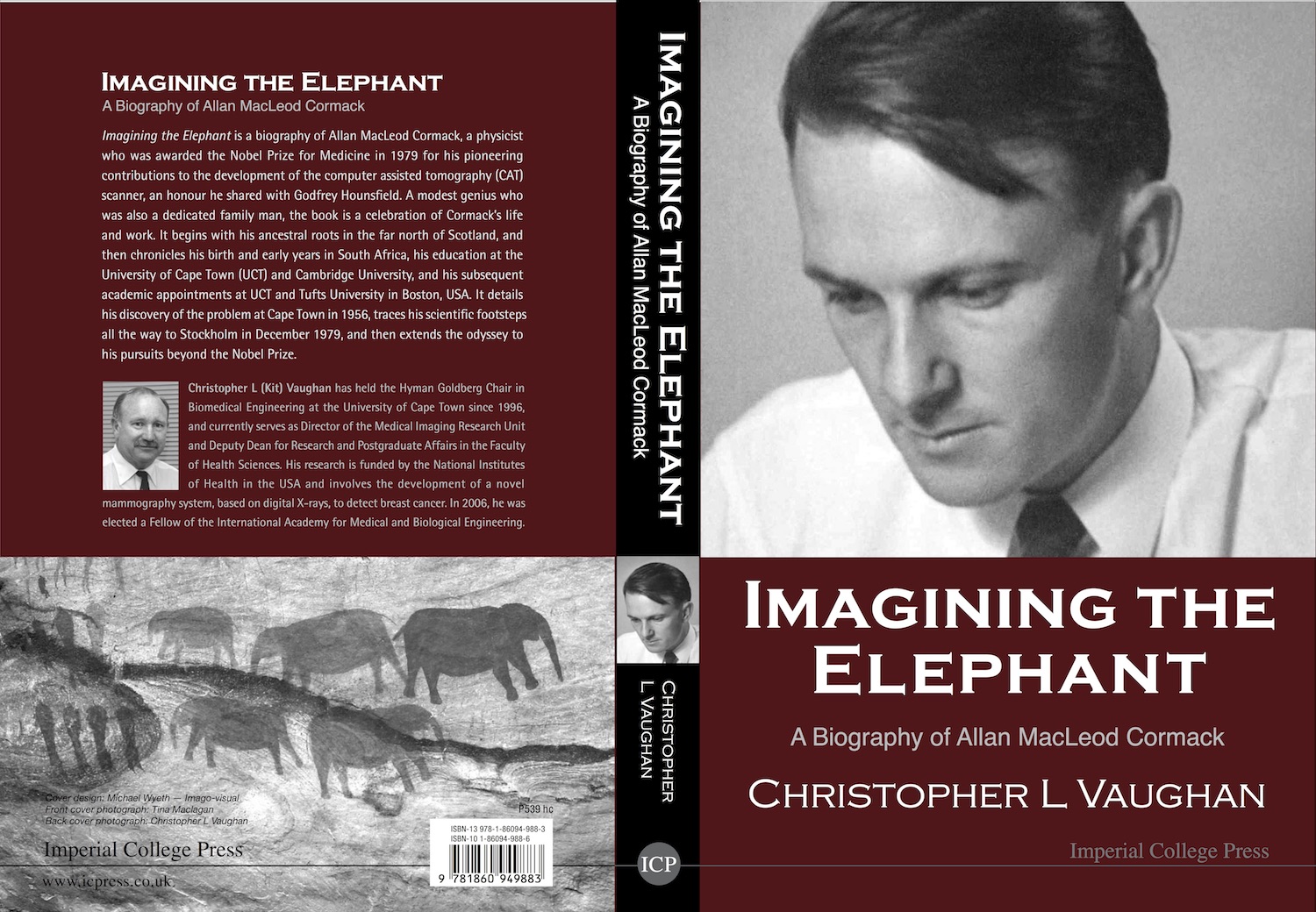 When Allan MacLeod Cormack, joint winner of the Nobel Prize for Medicine in 1979 for “the development of computer assisted tomography” passed away nearly 20 years ago, I was determined to honour a physicist who had been born and educated in South Africa. “What should I do?” I wondered. The inspiration came in 2003 when I was on sabbatical in Dublin and a biography about Ernest Walton, Ireland’s only scientific Nobel Laureate was published by Vincent McBrierty of Trinity College.

So, I decided to write a biography about Allan Cormack and approached his family, both in South Africa and the USA who enthusiastically endorsed the project, which took four years from start to finish. For my background research I had the good fortune to travel far and wide – from Cape Town to Caithness in the north of Scotland, to Cambridge in England where Cormack studied in the late 1940s, to Massachusetts where he spent the last 40 years of his life. 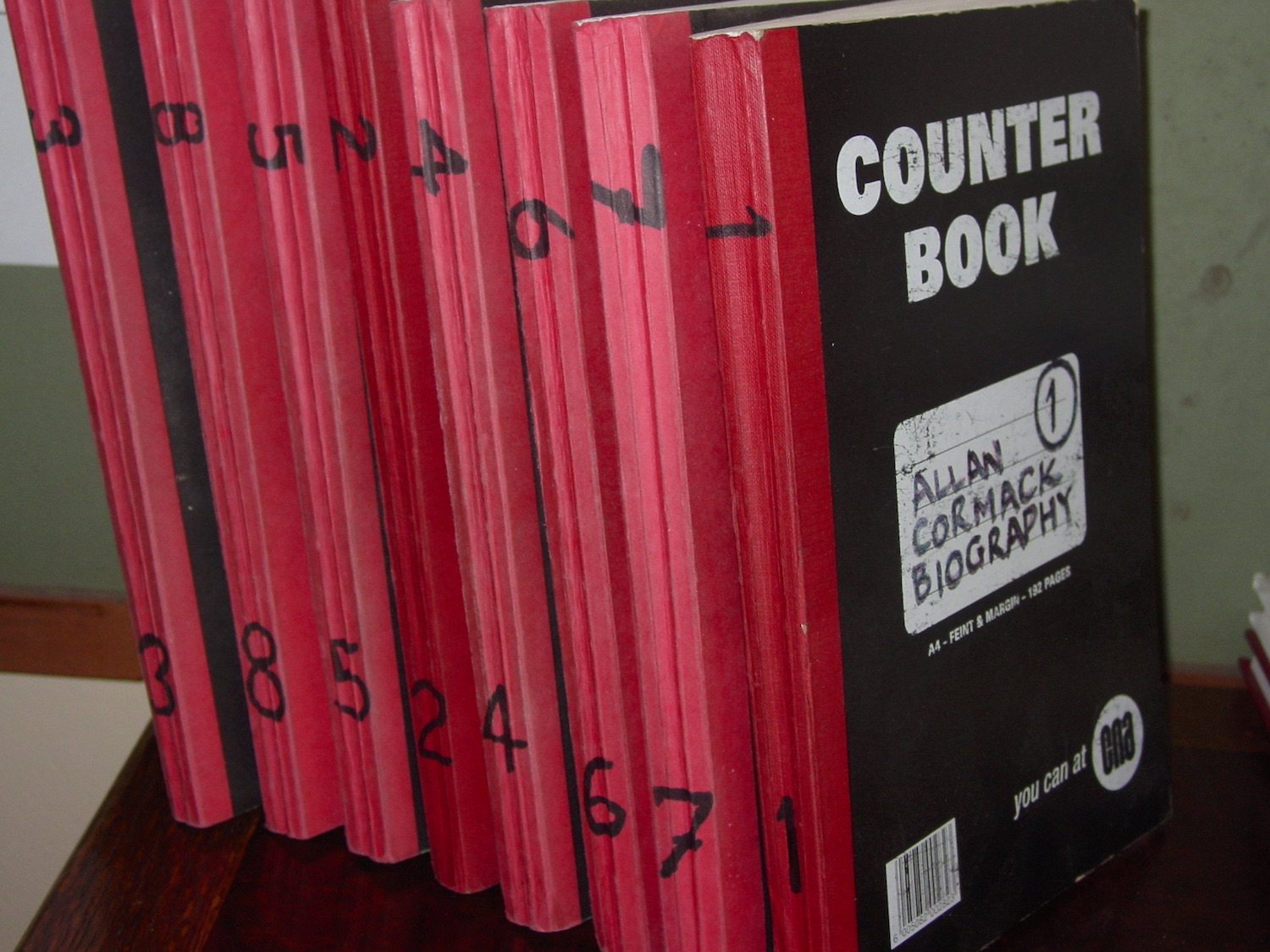 To organise all my material, much of it gathered from the archival library at Tufts University, I pasted the hard copies into eight 200-page blank notebooks (seen at left). When producing the manuscript, I wrote everything in long-hand (seen below right) – as I do each week with these blogs – before entry into my computer via keyboard. To edit the book, I was fortunate to have the assistance of my son, Gareth (“Beware the adverb, Dad – it’s the bad writer’s favourite weapon!” and Cormack’s elder daughter, Meg, a humanities professor at the College of Charleston. 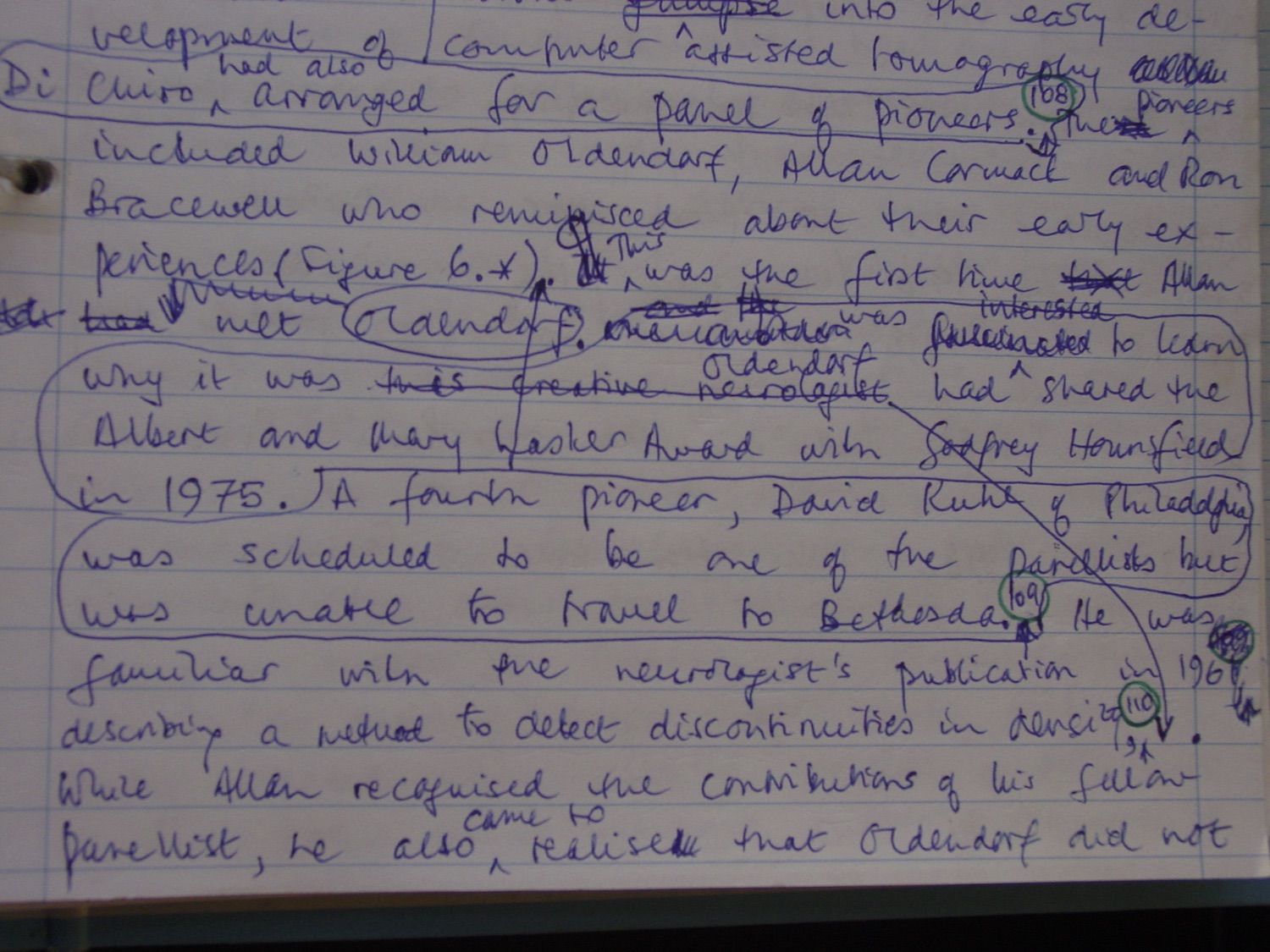 Illustrations play a vital role in any biography and here I had the support of Cormack’s younger daughter, Jean, who also set up interviews with her father’s university colleagues. Coming up with an original title was a challenge but I was inspired by Paul Lauterbur – winner of the Nobel Prize for MRI in 2003 – who said to me in an e-mail: “Like the proverbial six blind men, we had all recognized the elephant together.” 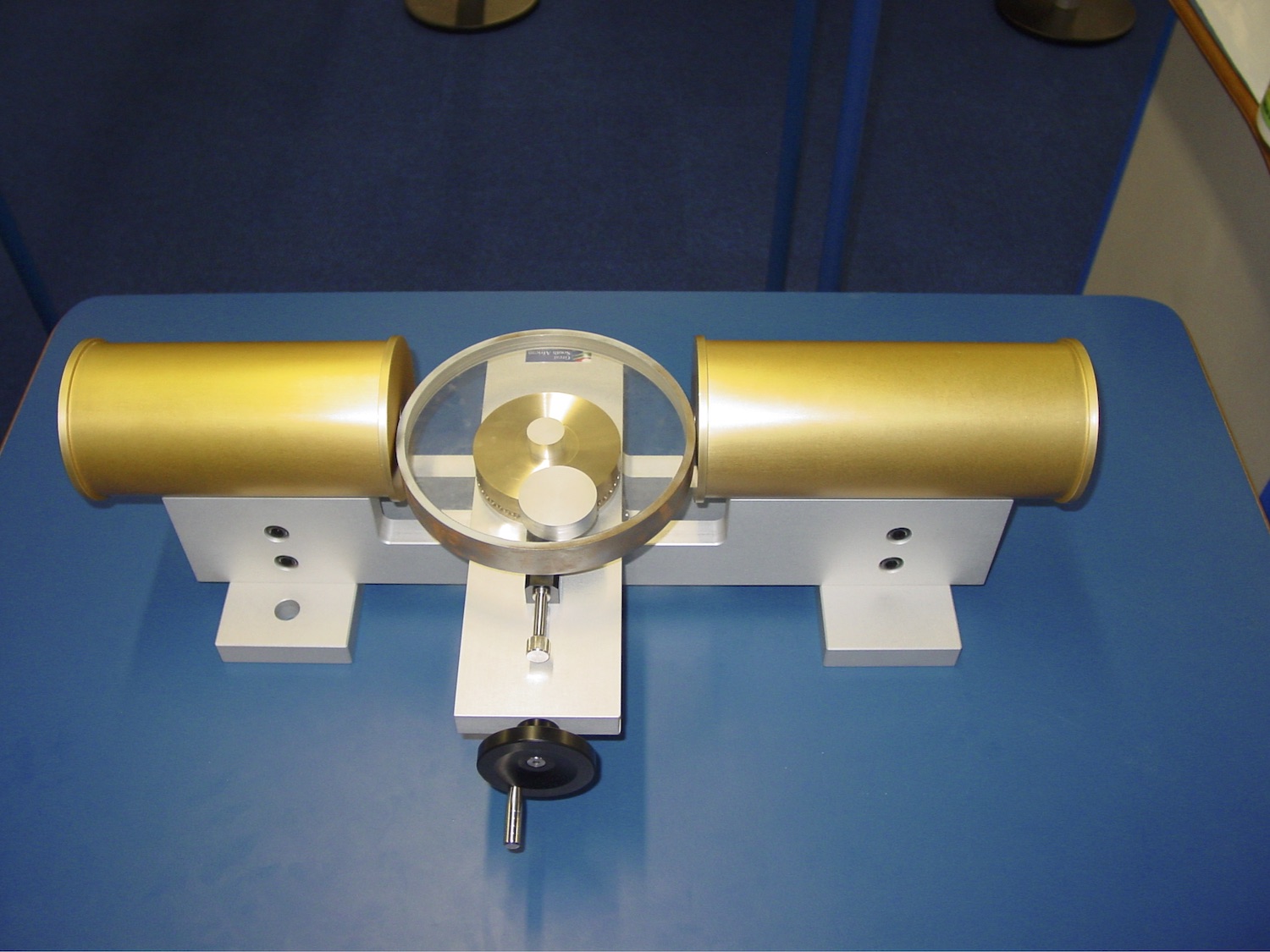 After rejections by international publishers such as Oxford University Press, I eventually secured a contract with Imperial College Press in the UK. We had three successful book launches – at the University of Cape Town, at St John’s College in Cambridge, and at Tufts – and, to my great surprise, there were people who read the book and actually enjoyed it! One was Reginald Greene of Harvard who wrote a positive review in the New England Journal of Medicine. Understanding the anatomy of a biography was a great learning experience, a platform for future projects.