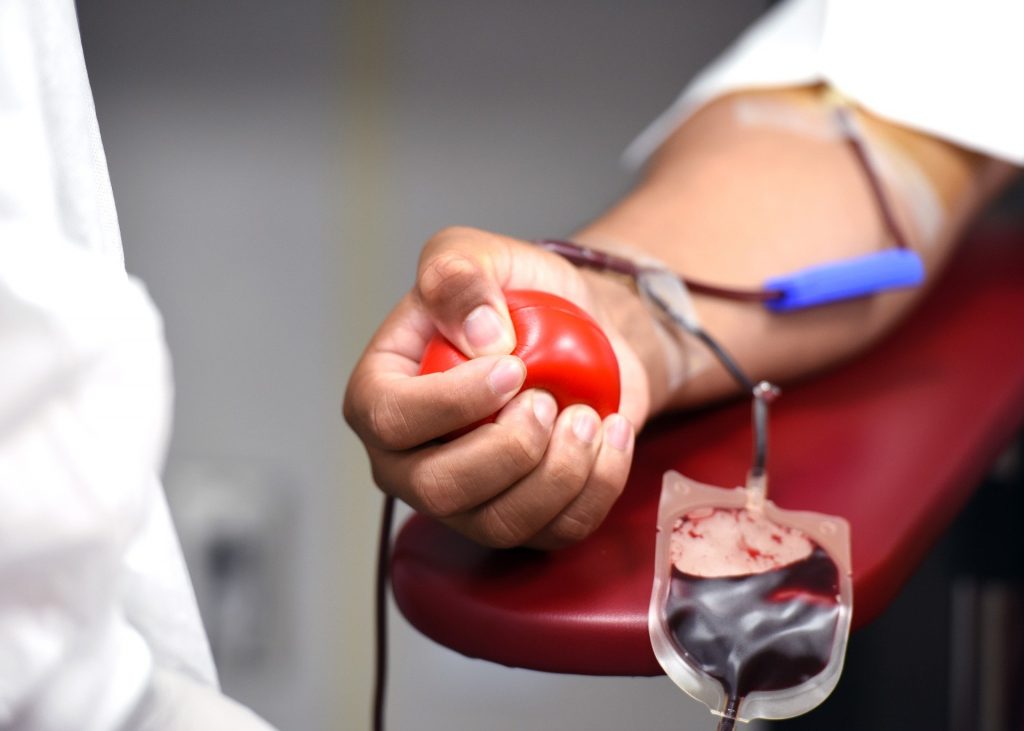 For the past week, two regions in South Africa have been engulfed in violence following the arrest and incarceration of our former president, Jacob Zuma. His home province of KwaZulu-Natal has been the hardest hit with widespread looting and wanton destruction of property. A colleague from Israel contacted me two days ago to express his concern and commented that the images reminded him of a war zone. Perhaps one of the most concerning aspects has been the violent attacks on healthcare facilities.

This past Monday, President Cyril Ramaphosa addressed the country on national television, calling on all South Africans to come together and respect the rule of law. He said the army would be deployed to assist the police to restore order to parts of KwaZulu-Natal and Gauteng, the economic hub of the country. While he was speaking, there were live-streaming images of a blood bank in Durban that was targeted by looters who helped themselves to laptop computers, test tubes and other equipment used for blood collection. 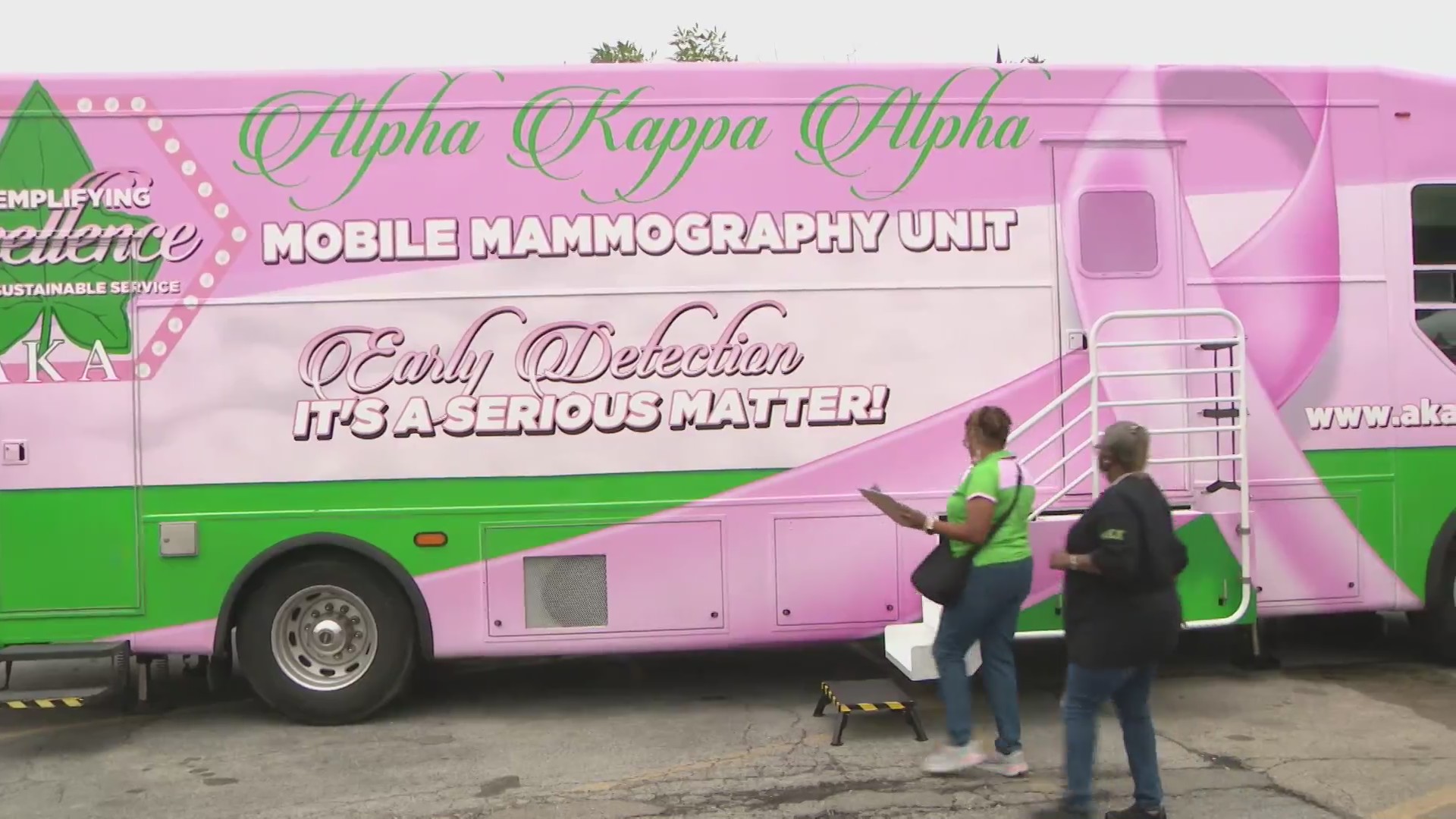 That same day in Chicago, a mobile mammography van (seen left, © WGN9) operated by the Alpha Kappa Alpha Sorority was hit by a bullet as a woman was receiving a free mammogram. In addition to the mammograms, local residents were also able to receive free blood pressure and cholesterol tests, as well as Covid-19 vaccinations. Fortunately, nobody was injured in the attack but the mobile health screening event was forced to end early out of concern for the safety of the clinical staff.

In South Africa the government sponsored vaccination programme for Covid-19 has been gathering momentum these past two months. Two pharmaceutical companies, Clicks and Dis-Chem, have been making a major contribution by offering vaccination and testing at their retail outlets. Sadly, these facilities have been targeted by the looters, forcing the companies to close their stores until the mayhem ceases (see below right). Reassuringly, the rioting and looting have had minimal impact on vaccinations in the other seven provinces, with the programme now open to all over the age of 35. 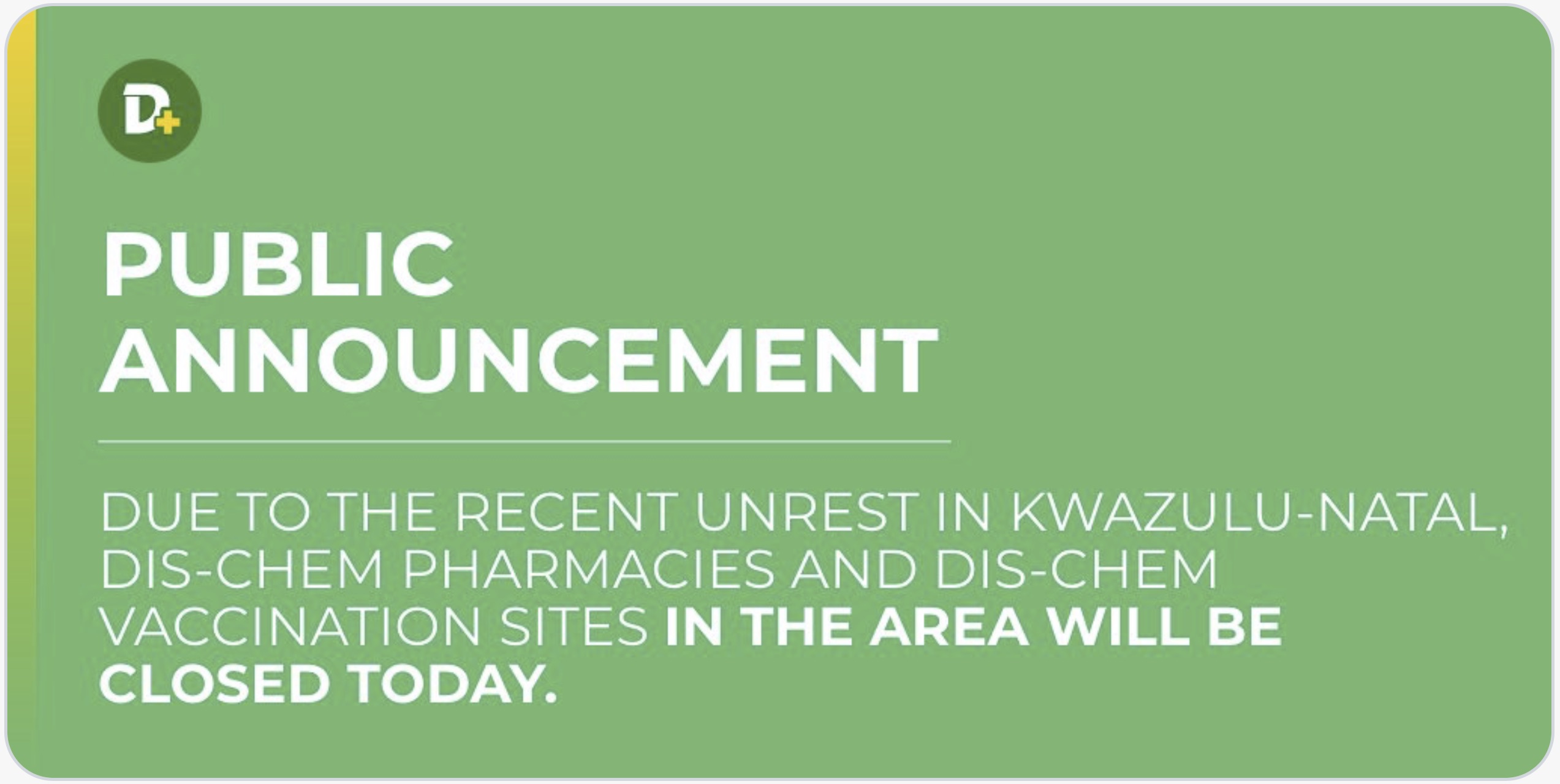 There are credible reports that the civil unrest – characterized as an insurrection – has been orchestrated by people loyal to Jacob Zuma who are intent on destabilizing the government of Cyril Ramaphosa. It’s been a week but hopefully our president will now take the necessary steps to return our country to a state of calm. A good friend recently reminded me of this heartfelt prayer: “God bless Africa, protect our children, transform our leaders, heal our communities, restore our dignity, and give us peace.”