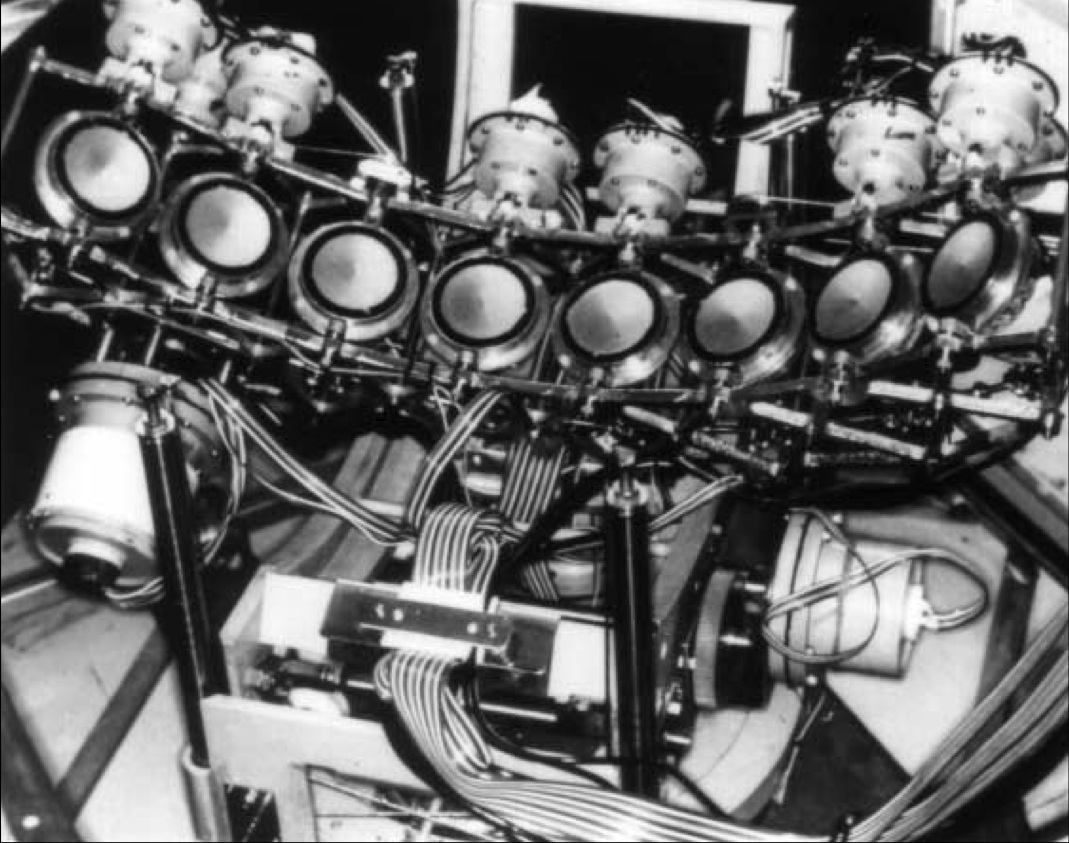 Automated breast ultrasound or ABUS – where the ultrasound transducer is moved across the breast under automated control rather than manually – has a long history, stretching back over 70 years to the period just after World War II. Seen at right is the Octoson (© American Institute of Ultrasound in Medicine), an Australian system that used eight separate transducers located beneath a bed, where the patient lay face down with her breast submerged in a water bath. CapeRay’s patented ABUS technology uses a linear transducer 192 mm in length that acquires images of the whole breast with just a single 30-second scan.

Moving at 10 mm/s, the transducer gathers a series of 300 two-dimensional (2D) images, one for every millimetre moved. Because the exact position of the transducer is known, these multiple 2D images in the sagittal plane may be combined to construct a three-dimensional (3D) dataset of the complete breast. Using a freely available web viewer, we have produced a 3D volumetric image of a breast showing the rendered surface and the pectoral muscle (seen below left). 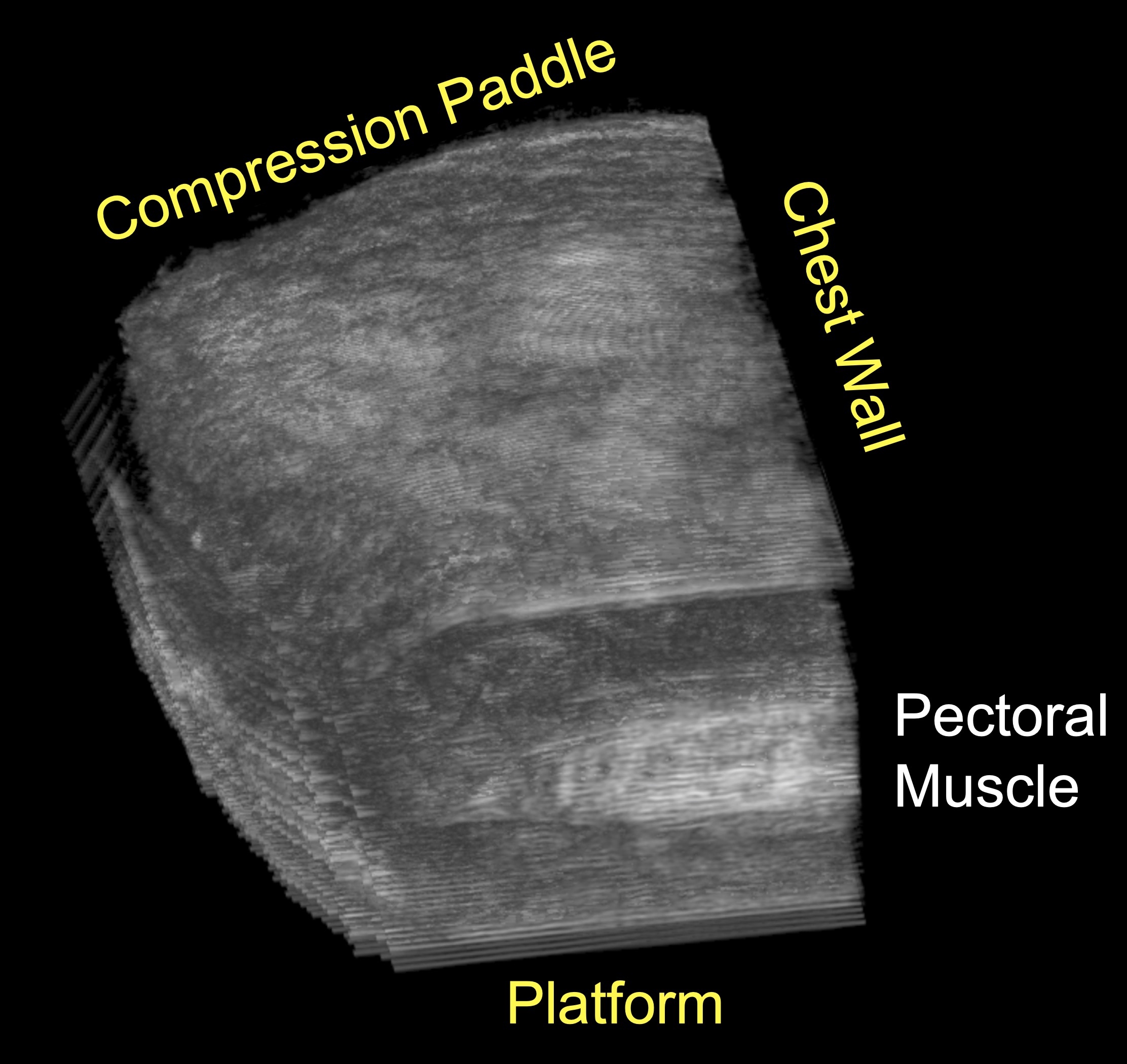 This particular dataset was acquired during a clinical trial that we published in Diagnostics in 2017 where, in addition to the ABUS images, we also gathered full-field digital mammography (FFDM) images simultaneously. The patient was a 61-year-old woman who presented to the clinic at Groote Schuur Hospital with a four-week history of a painless left breast lump. There was no incidence of breast cancer in her family, she was the mother of four children, and had not been using hormone replacement therapy. When examined clinically, a 20 mm irregular mass was palpated.

We have used the RemotEye Diagnostic Viewer, developed by NeoLogica of Italy, to produce co-registered FFDM and ABUS images of the tumour (seen below right). This medio-lateral oblique view in the FFDM image reveals a spiculated lesion in the upper outer quadrant which is highlighted by cross hairs: click on the image to expand. The three co-registered ABUS images also identify the 3D location of an irregularly shaped lesion located mid-way between the breast platform and the upper surface of the breast. 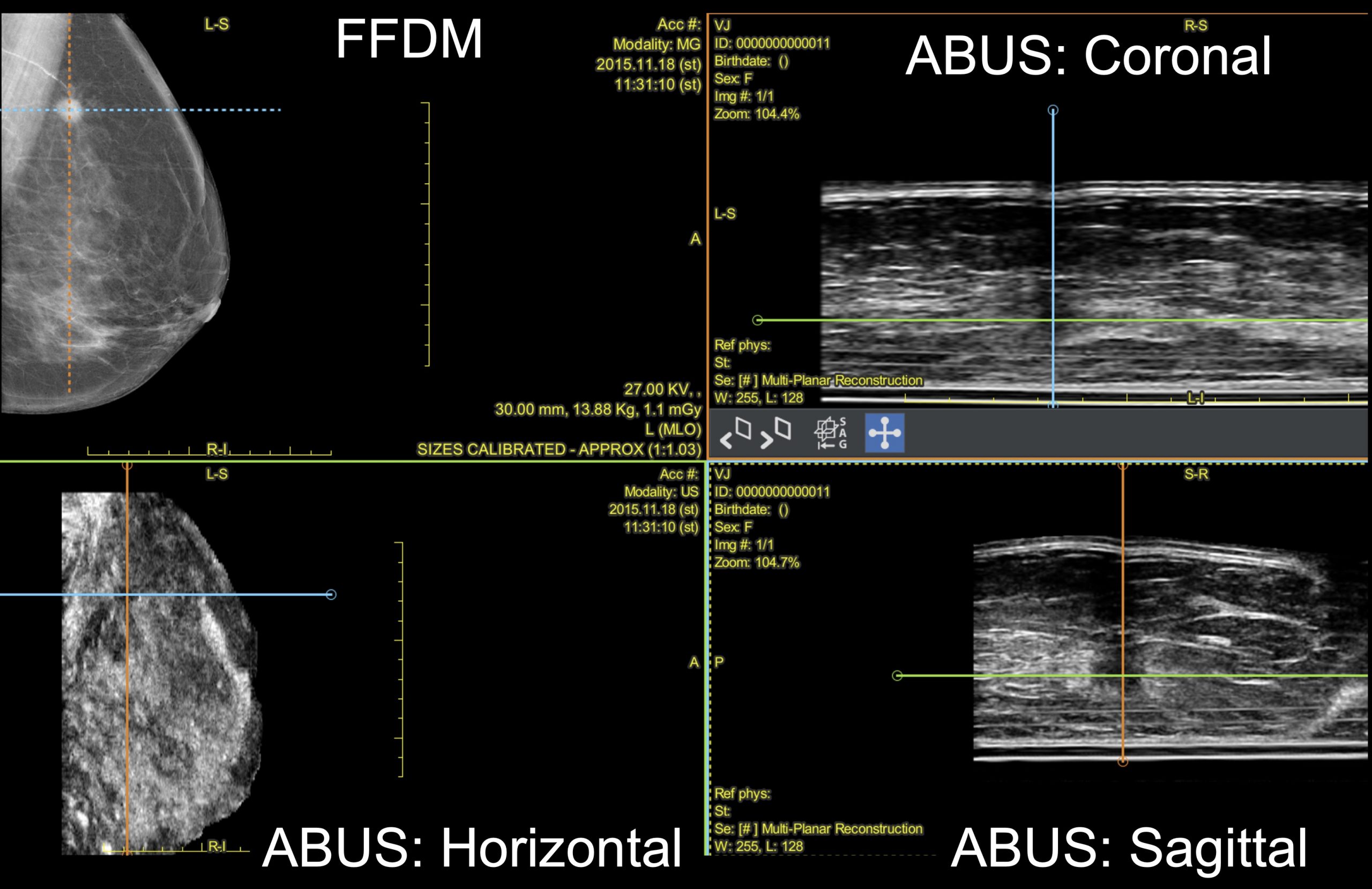 A needle biopsy of the lesion was performed and, following cytology and histology, an invasive ductal carcinoma was identified. Breast-conserving surgery was performed to remove the tumour and the patient then underwent adjuvant radiotherapy followed by hormonal therapy. In the past decade, ABUS has become a crucial tool for diagnosing breast cancers, particularly in women with dense breast tissue. Its true utility emerges when used as an adjunct to FFDM or digital breast tomosynthesis (DBT).