One of the first stock exchanges was established in Amsterdam in the early 1600s, with the first shares offered for the Dutch East India Company, a trader that played a prominent role in colonising many countries, including South Africa. There are now more than 60 exchanges around the world, the largest being the New York Stock Exchange that has operated continuously since 1792. A newcomer is the Nasdaq, launched in 1971 by the Financial Industry Regulatory Authority (FINRA), that operates as a computer network to execute trades electronically.

While medical device companies often seek funding from venture capital or private equity firms, some have turned to stock markets to raise cash for their businesses. Today we look at four medical imaging companies that have pursued this route, with three of them focused on breast imaging. iCAD, which is listed on Nasdaq, uses artificial intelligence algorithms to analyse digital breast tomosynthesis (DBT) images to enhance early diagnosis. The company has a market capitalisation of $285 million, its revenue in 2020 was $30m, while it incurred a loss of $18m.

Izotropic Corporation, which listed on the Canadian Stock Exchange four years ago, is developing a breast computer tomography (BCT) system called IzoView (seen left) based on John Boone’s research at University of California, Davis. The company has a market capitalisation of $30 million, has yet to register any sales, and spent $4m on operations last year. Once it secures regulatory approval for IzoView, it will be competing against two companies – Koning and AB-CT – that already have BCT products in the market. And, as we highlighted last year, Izotropic will be up against successful DBT systems.

Volpara Health is a New Zealand-based company listed on the Australian Stock Exchange. The company provides AI-powered software for personalised screening and early detection of breast cancer. It has a market capitalisation of $220 million, had revenues of $14m last year while incurring a loss of $12m. 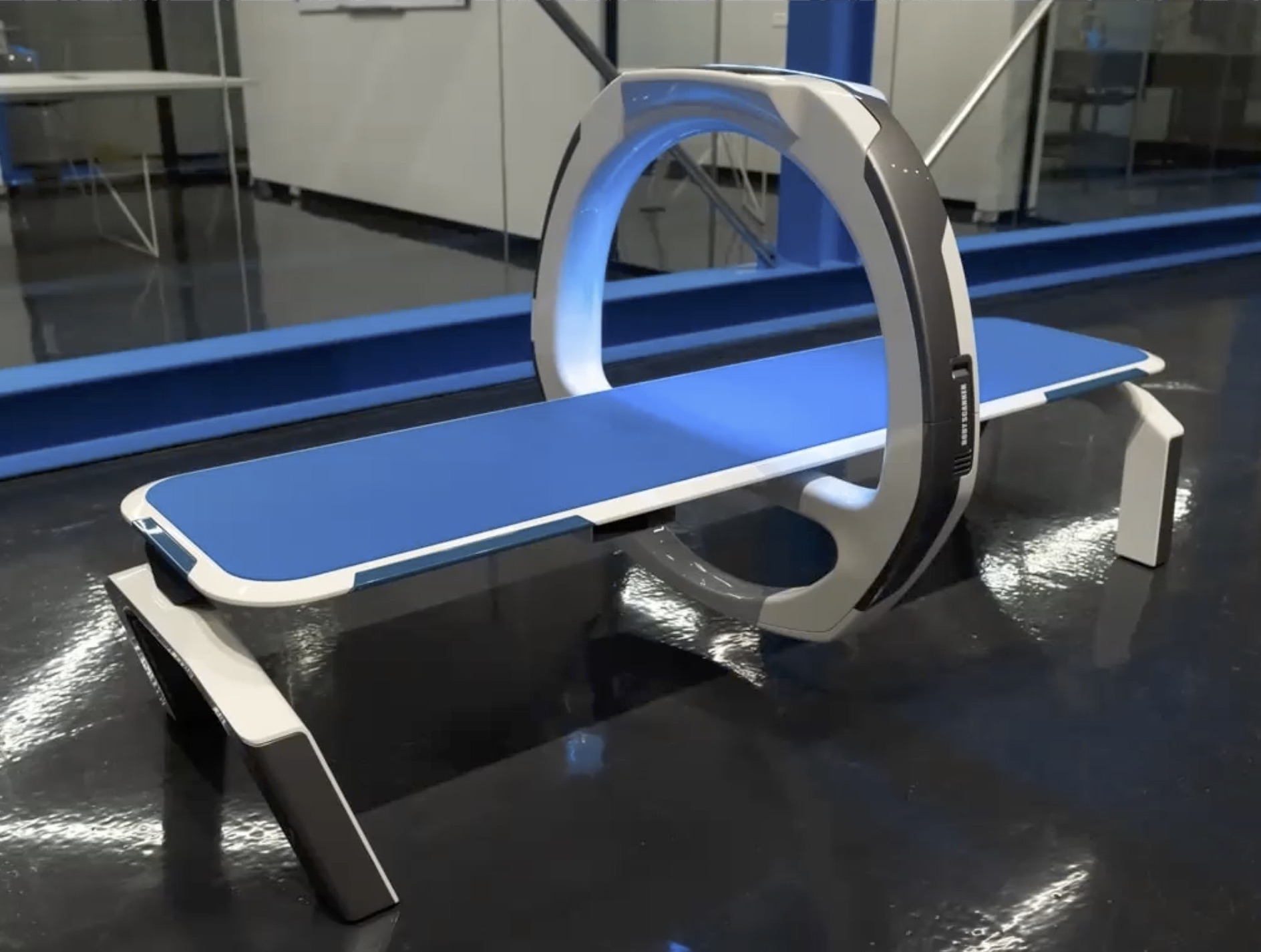 Nanox is an Israeli company that listed on Nasdaq in August 2020 amidst both fanfare and controversy. It has developed a novel X-ray source plus products based on this technology, and in April 2021 secured FDA approval for its single-source Nanox.CART device (seen right). Although the share price fell from a high of $90 earlier this year to $25, Nanox has a market capitalisation of $1.3 billion, but with no revenue and a loss of $44m. And now disgruntled shareholders are being encouraged to sue the company for securities fraud – one of the hazards of banking on the stock exchange!