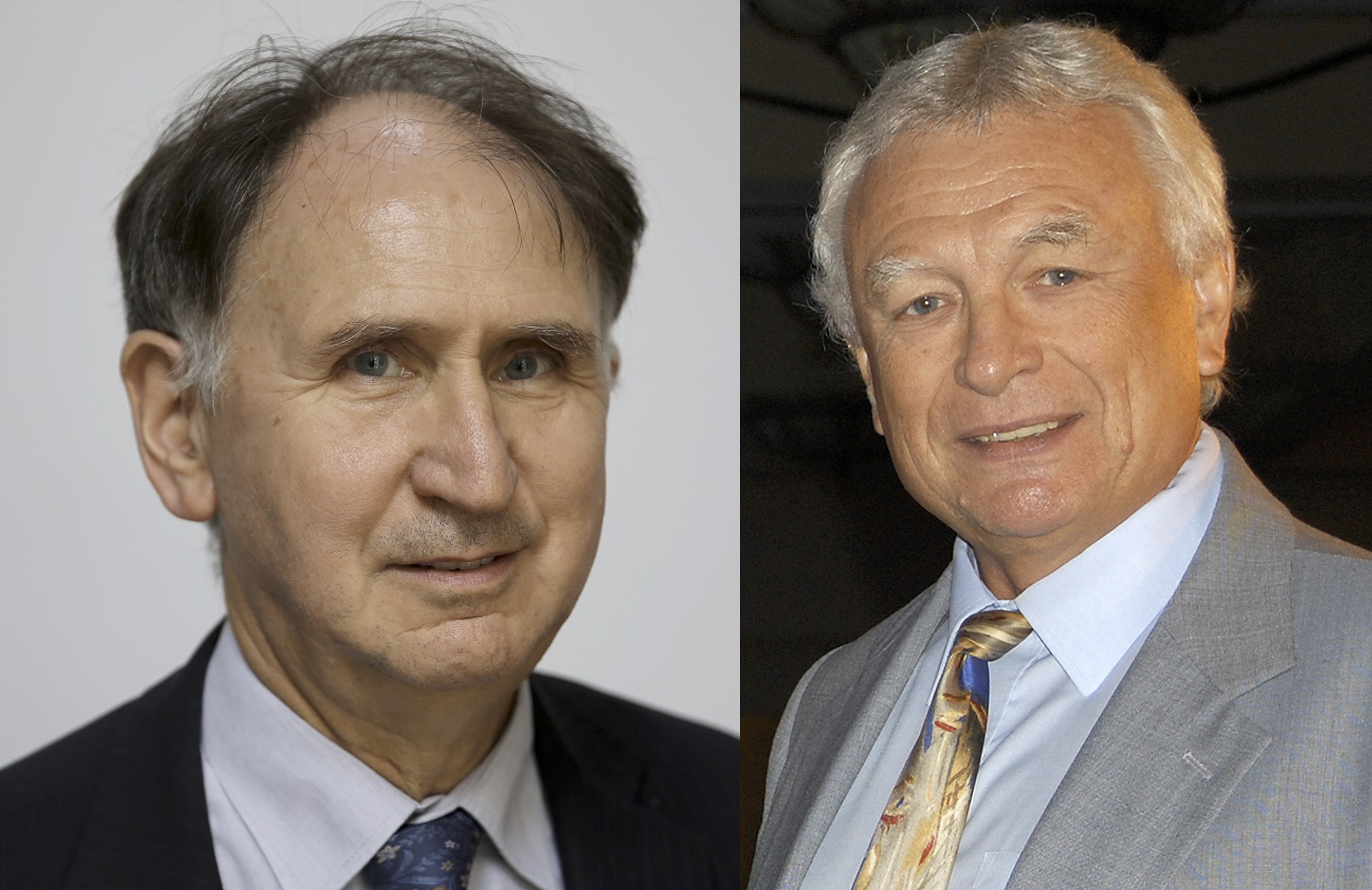 The Radiological Society of North America (RSNA) has just announced that the Alexander Margulis Award for Scientific Excellence in 2021 has been won by Stephen Duffy from the UK and László Tabár from Sweden. The award recognises the best original article published each year in Radiology, the RSNA’s flagship journal. Duffy (left) and Tabár (right) published their paper, which is freely available (click here), entitled “Beneficial effect of consecutive screening mammography examinations on mortality from breast cancer: a prospective study.” They will receive the award at a luncheon on 29 November 2021 when the RSNA holds its annual meeting in Chicago.

The source of the data was a 25-year study – from 1992 to 2016 – of 549,091 Swedish women who were aged 40 to 69 and eligible for screening mammography. Participation was linked with data from registries and regional cancer centres for breast cancer diagnosis, use, and date of death. “Breast cancer mortality was calculated by whether the women had participated in the most recent examination prior to diagnosis only (intermittent participants), the penultimate screening examination only (lapsed participants), both examinations (serial participants), or neither examination (serial nonparticipants).” 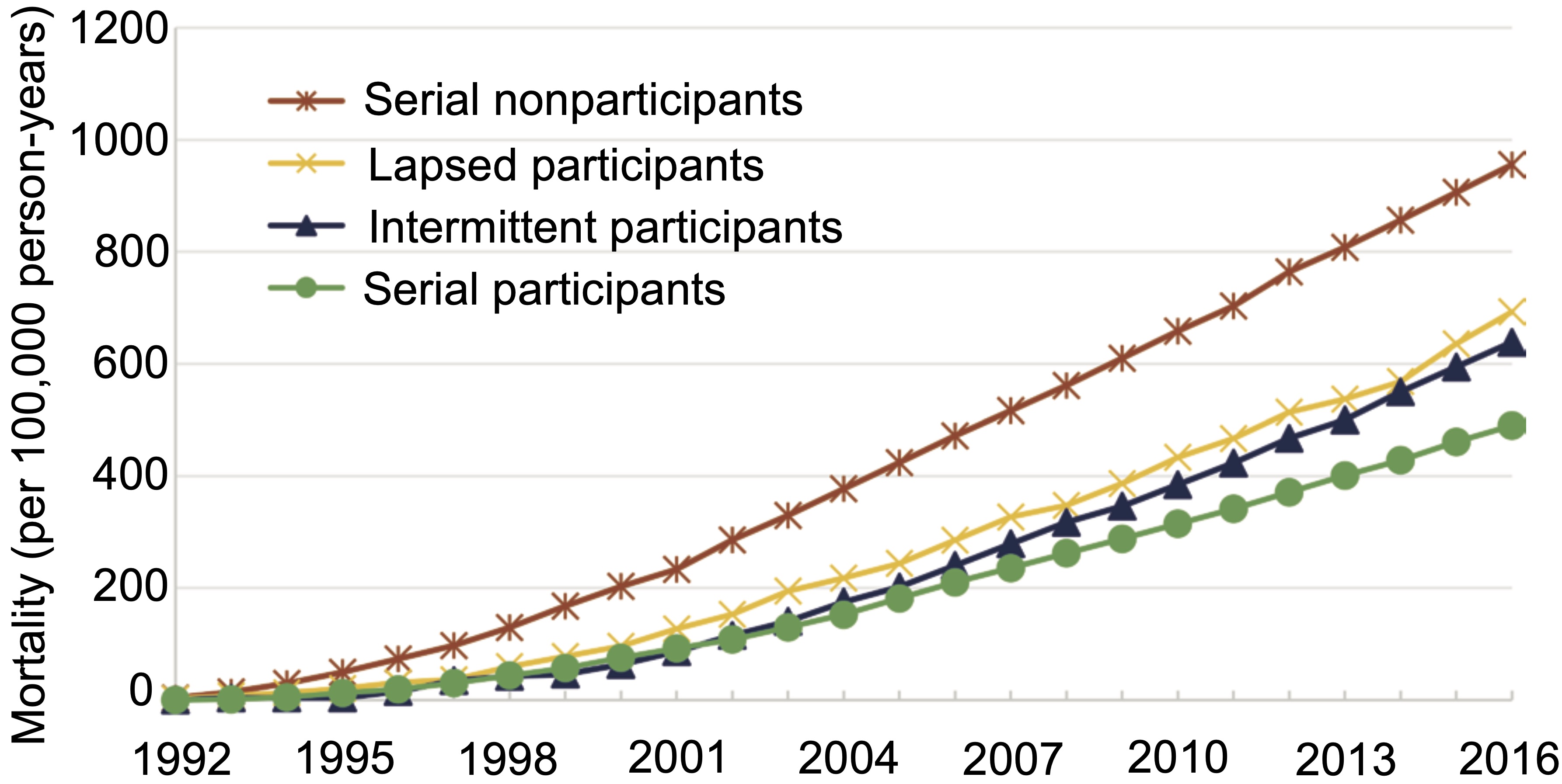 The research team identified 3,995 breast cancer deaths during the observation period – 7.3 per 1,000 women invited for screening – while a total of 2,589 cancers proved fatal within 10 years. The graph at left (© RSNA) shows the cumulative mortality from breast cancer per 100,000 person-years according to participation status. The data are clear: serial participants experienced the lowest cumulative mortality as follow-up increased, while serial nonparticipants fared worst. 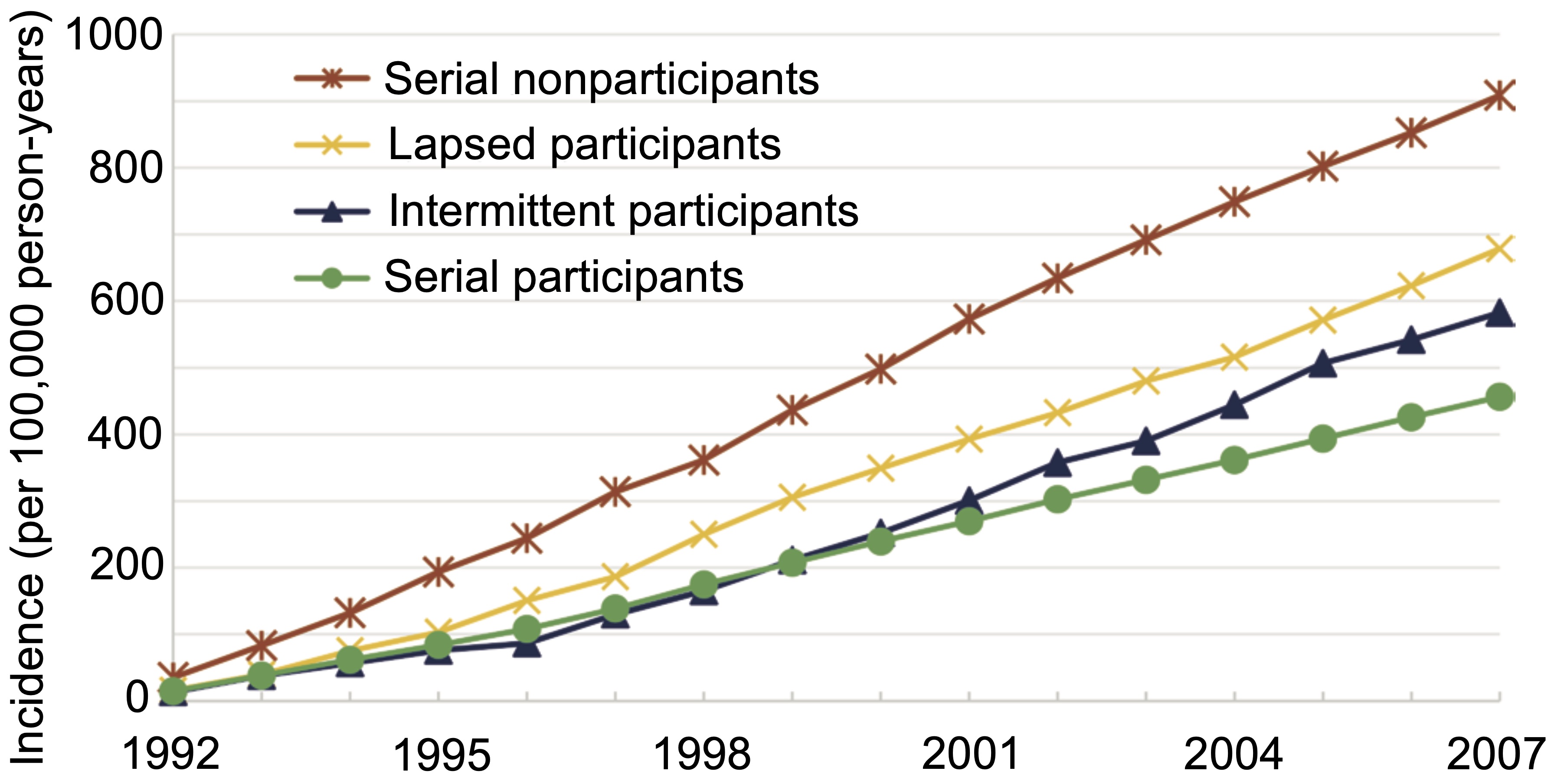 In conclusion, regular participation in a screening mammography programme will lead to a significant reduction of dying from breast cancer. In fact, missing just a single screening examination will confer a statistically significant increase in risk. The authors concluded: “This is an important message for women in the screening age groups, their referring physicians, and public health decision makers.” The benefits of screening have been recognised by Duffy and Tabár, as well as the RSNA.