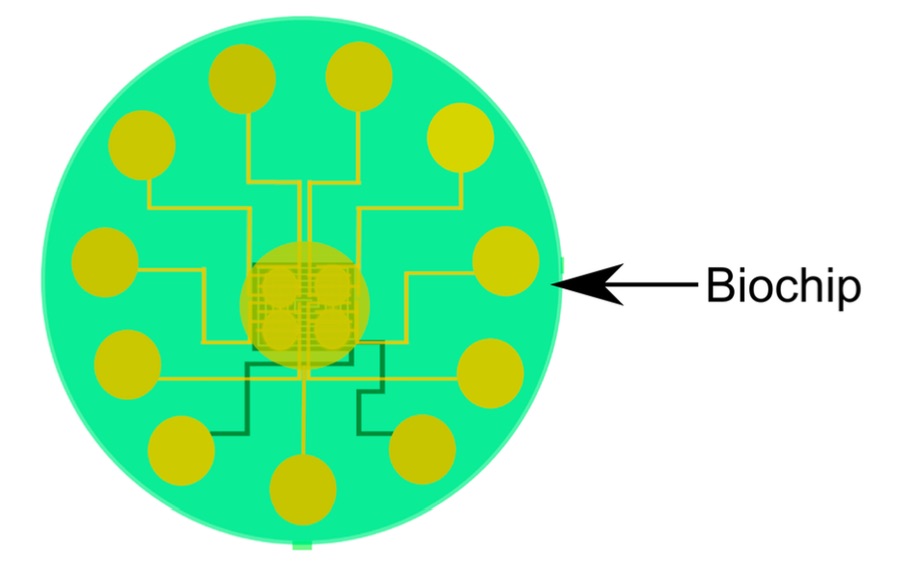 One of the heroes in the recent Twenty20 World Cup cricket tournament was Hardik Pandya who took two crucial wickets in the last over of India’s match against Bangladesh. India beat Bangladesh by one run and progressed to the semi-final where they lost narrowly to the swashbuckling team from the West Indies who went on to win the tournament. Well, another young Indian by the name of Hardik Pandya has just made his mark, publishing a breakthrough paper in the IEEE Transactions on Biomedical Engineering entitled “Towards a portable cancer diagnostic tool using a disposable MEMS-based biochip.”

Pandya, who earned his PhD in micro-electro-mechanical systems (MEMS) from the Indian Institute of Technology in Delhi, completed this study as a post-doctoral fellow at the University of Maryland. The aim was to design and build a diagnostic tool comprised of a disposable biochip for measuring the electro-thermo-mechanical (ETM) properties of breast tissue. The biochip, just 10mm in diameter (seen above right, © IEEE), was fabricated using microtechnology and incorporated electrical sensors, a microheater and force sensors. Then a portable tool, designed to hold both the biochip and a tissue specimen, was manufactured using 3D printing technology.

Pandya (seen below left) acquired invasive ductal carcinoma (IDC) and normal tissue blocks from a cancer tissue bank in New Jersey. He then measured the ETM properties of the two tissue types (each 3mm thick and 2mm in diameter) by indenting the tissue that was positioned on the biochip. The electrical resistivity for the IDC specimens – which appeared ruptured when imaged with a scanning electron microscope – was significantly greater than the normal specimens which had a smooth topography. 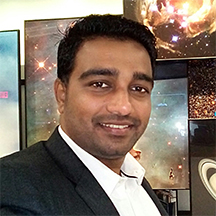 When thermal conductivity was plotted as a function of the temperature on the bottom surface, the normal tissues were greater than the IDC specimens. Finally, when compression force was plotted as a function of tissue indentation depth, the IDC specimens were significantly higher than normal tissue. The results appeared clearcut: the diagnostic tool, based on a biochip and MEMS technology, was capable of simultaneous electro-thermo-mechanical measurements of breast tissue specimens and was able to differentiate normal and cancerous tissues. Pandya concluded that his tool “could potentially provide deterministic and quantitative information about breast cancer characteristics, as well as the onset and disease progression of the tissues.”

The next challenge for Pandya will be to build a portable automated device that can be used in vivo to determine the presence and stage of breast cancer. Now that would be the equivalent of hitting a match-winning six!