Two scientists at Johns Hopkins University – applied mathematician Cristian Tomasetti and cancer biologist Bert Vogelstein – were having a brainstorming session in Baltimore recently. They were contemplating the age-old question: What proportion of cancer is caused by environmental factors and how much is due to genetics? Tomasetti realised they first needed to answer the question: What proportion of cancer is the result of chance? The researchers have provided an answer to this latter question in a paper published today in Science with the revealing title, “Variation in cancer risk among tissues can be explained by the number of stem cell divisions.” 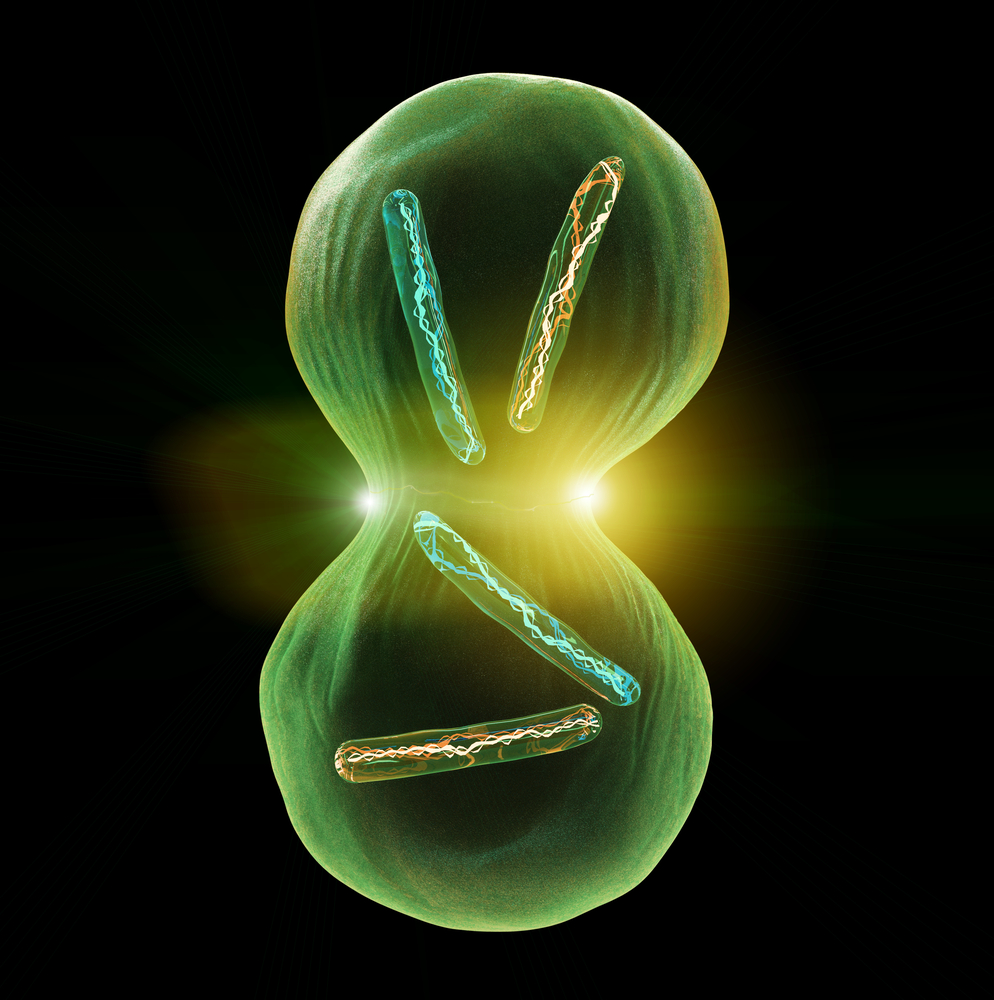 Tomasetti and Vogelstein hypothesized that there should be a strong, quantitative correlation between the lifetime number of divisions among a particular class of cells within each organ and the lifetime risk of cancer arising in that organ. In order to test their prediction, they identified tissues for which the number and dynamics of stem cells have been described, arguing that only stem cells, which have the ability to self-renew and are responsible for tissue homeostasis, have the capacity to initiate a tumour.

Through an extensive search of the literature, they identified 31 tissue types for which stem cells had been quantitatively assessed (breast tissue was not one of the types identified, unfortunately). The lifetime risk of cancer for each tissue was extracted from the SEER database. They then plotted, on a logarithmic scale, the total number of stem cell divisions during the average lifetime of a human on the x axis versus the lifetime risk for cancer of that tissue type on the y axis. 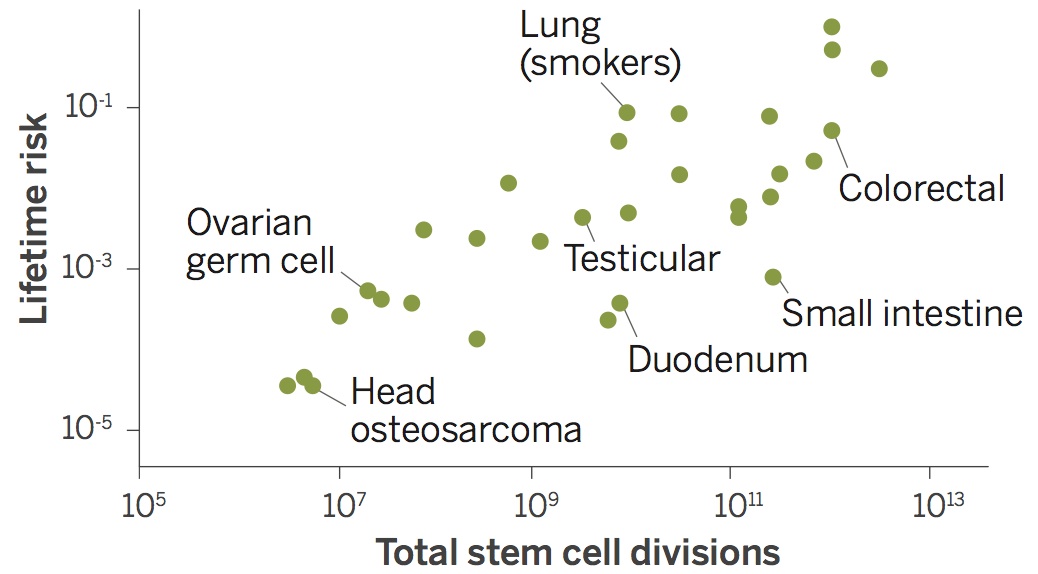 As seen in the figure (left), there was a high correlation between these two very different parameters, extending across five orders of magnitude and applying to cancers with enormous differences in incidence. For example, colon cancer, with 1012 stem cell divisions over a lifetime, is far more common than cancer of the duodenum that has 1010 divisions. The correlation coefficient of 0.81 suggests that 65% of the differences in cancer risk can be explained by the total number of stem cell divisions in those tissues, and so the stochastic effects of DNA replication would appear to be the major contributing factor to cancer in humans.

Most cancers would therefore appear to be the result of biological bad luck, with Vogelstein commenting, “These cancers are going to keep on coming.” He believes that more resources should therefore be channelled into diagnosing cancer in its infancy.