After the early detection of breast cancer, many women have benefited from extended survival following treatment. There is therefore a growing awareness of the long-term impact of treatment, including surgery and adjuvant therapies such as chemotherapy, radiation, or hormone therapy. Following surgery, various physiological changes occur – such as pain or decreased upper limb motion – that could result in a change in spinal posture. A group of clinicians from Korea, who specialise in rehabilitation medicine, have just published a paper in PLOS One in which they investigated the long-term effects of breast cancer surgery on whole-spine alignment.

This was a retrospective study of 200 patients (49.8 ± 9.6 years) who underwent breast cancer surgery over a six-year period. They had undergone either breast-conserving surgery, mastectomy, or mastectomy followed by immediate breast reconstruction. At least two anteroposterior X-rays of the whole spine were acquired, the first within 60 days of surgery and the subsequent follow-up images an average of 28.5 ± 13.4 months later. The curvature of the spine was measured using the Cobb angle (see below left, © PLOS One) and changes in this angle were compared among the three types of surgery. 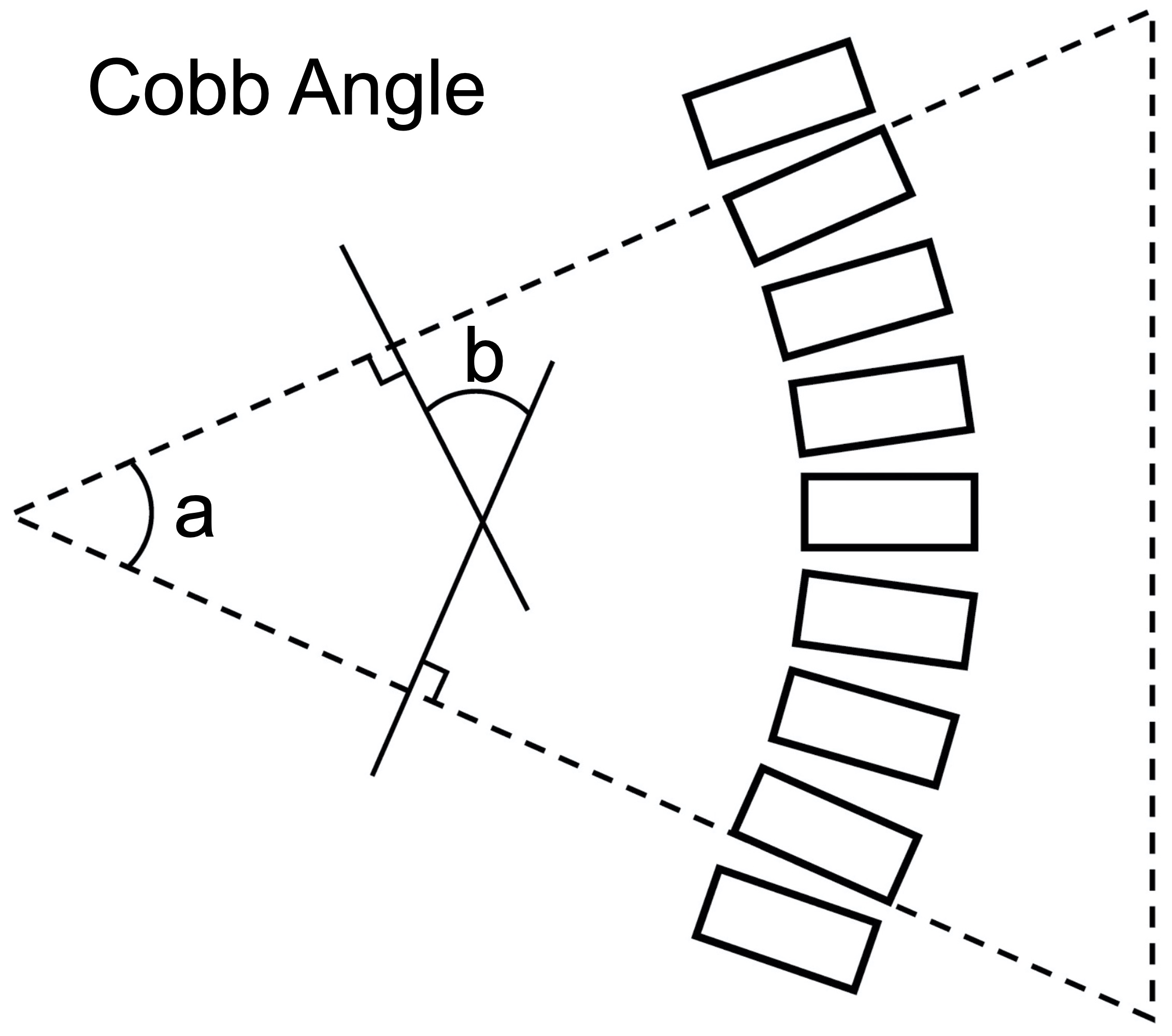 The two images seen below right (© PLOS One) illustrate the Cobb angle measured on a whole-spine X-ray of a patient with a significant change in spinal curvature between the initial (A) and follow-up (B) measurements. The mean Cobb angle for all patients at the initial assessment was 5.4 ± 4.1 degrees, while scoliosis was present in 25 women. Interestingly, all but one of the 200 patients were judged to have mild scoliosis, but there were no significant differences in angles and proportions of scoliosis among the three surgical groups.

The change in Cobb angle was 0.4 ± 1.7 degrees, while the absolute value of that change was 1.3 ± 1.2 degrees for all patients. These changes were judged to be of no clinical significance although three patients showed a significant progressive angular change in their follow-up X-rays (seen below right). 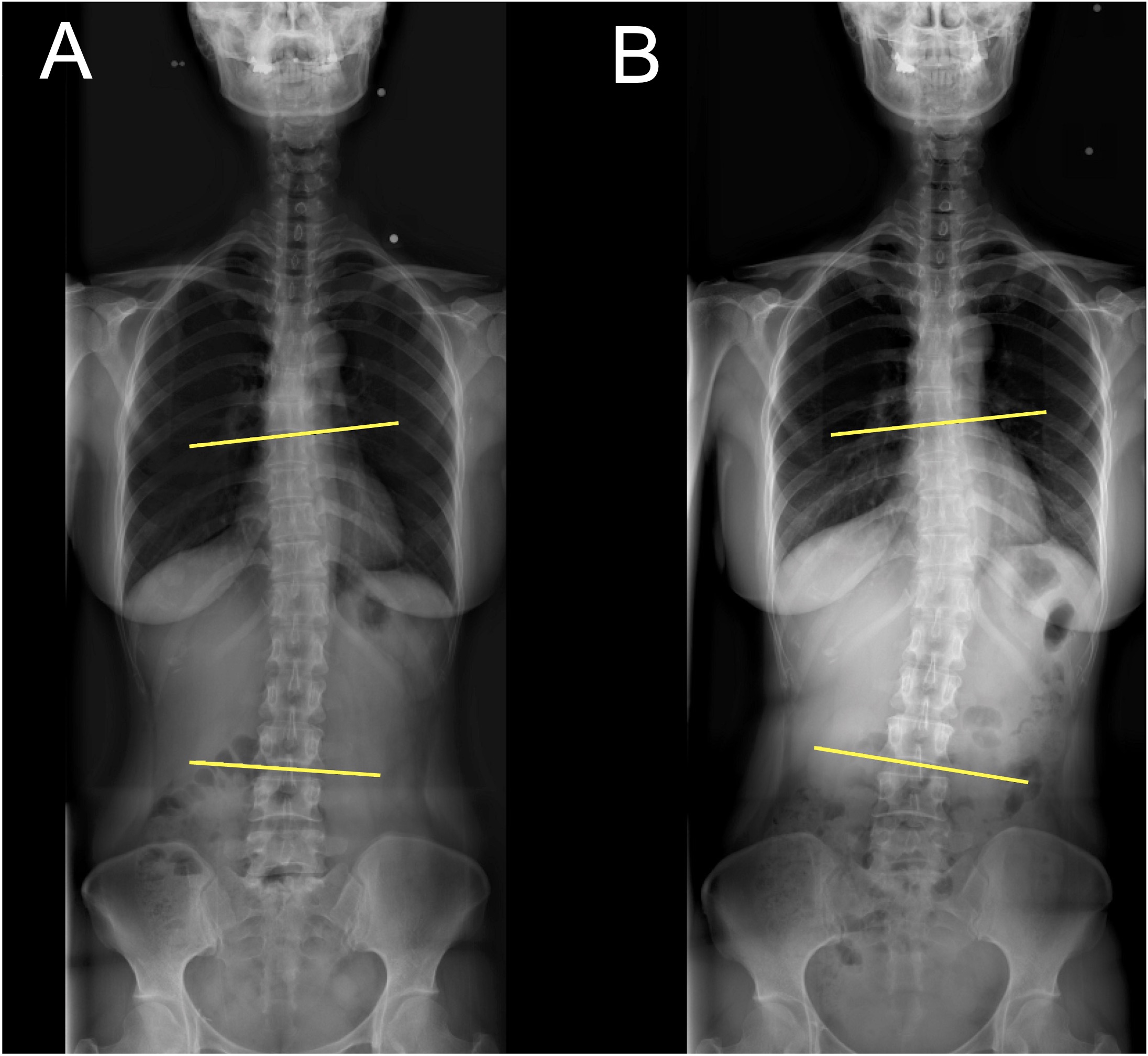 The authors concluded, “We found no association between surgery type and changes in spinal alignment. Furthermore, there were minimal changes in spinal alignment after breast cancer surgery, regardless of surgery type. These results suggest that breast cancer surgery does not negatively influence spinal alignment.” While recognising the limitations of their retrospective study design, they believed their results were meaningful because they reflected real-world clinical practice. Since breast cancer is increasing at a rate of 4.3% annually in Korea, this paper was an important contribution to understanding the impact of surgical treatment.