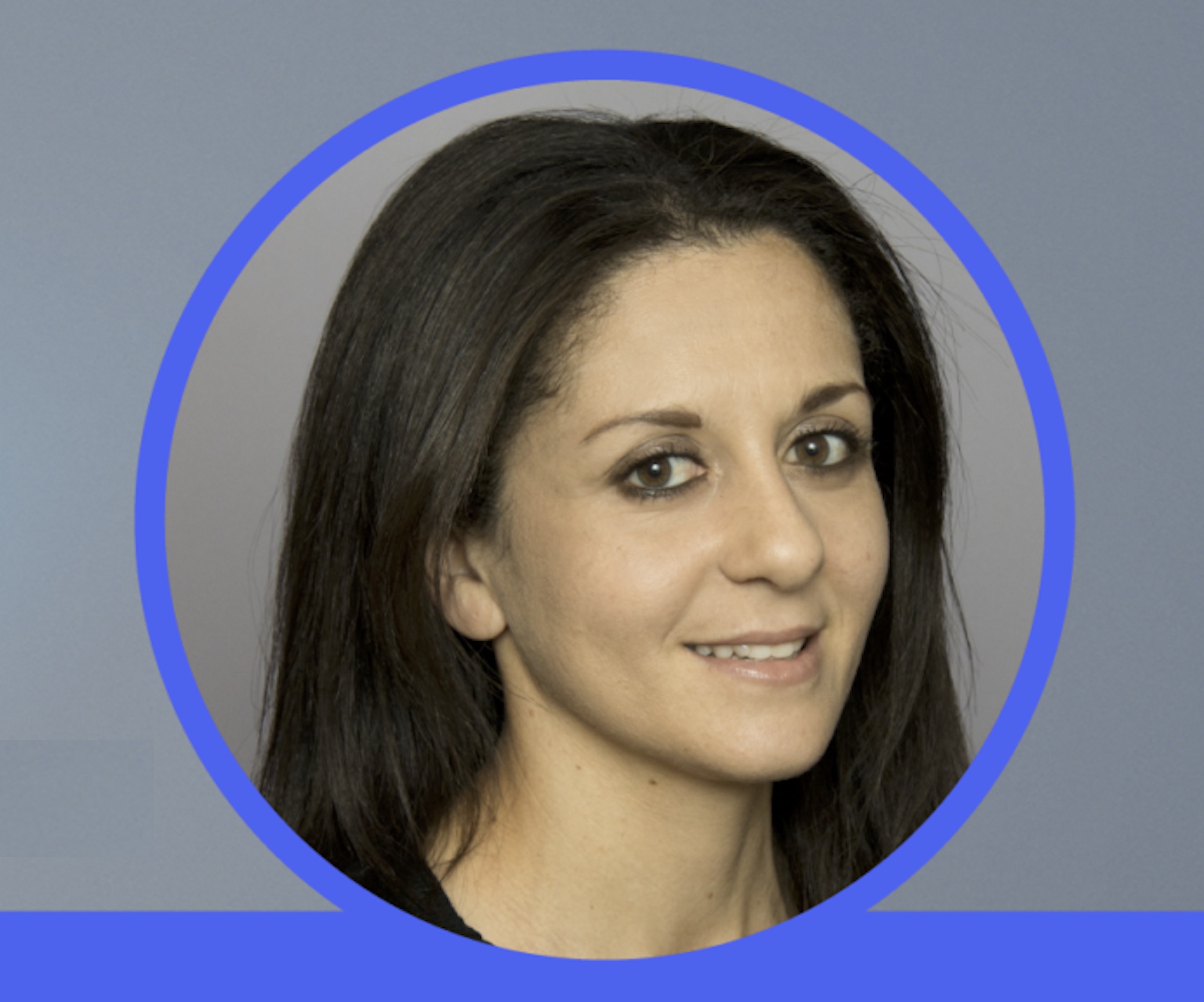 In an effort to cope with the current and future burden of cancer in the United States, researchers have recognized the need to have an in-depth understanding of trends in cancer incidences and deaths. This knowledge will help to guide future allocation of research funding, healthcare planning, and health policy initiatives. Scientists led by Dr Lola Rahib of Cancer Commons in Mountain View, California have this week published a freely available article in JAMA Network Open entitled “Estimated projection of US cancer incidence and death to 2040” (click here).

This was a cross-sectional study in which Rahib (seen above right) and her colleagues used population growth projections and current cancer incidence and death rates to calculate the changes up to the year 2040. They combined the most recent information from the Surveillance, Epidemiology, and End Results (SEER) database with existing US census data from 2010 and extrapolated to 2040 for the 10 most common cancers. Their analysis revealed that the leading cancer incidences and deaths will be substantially different in the year 2040 compared with current rankings. 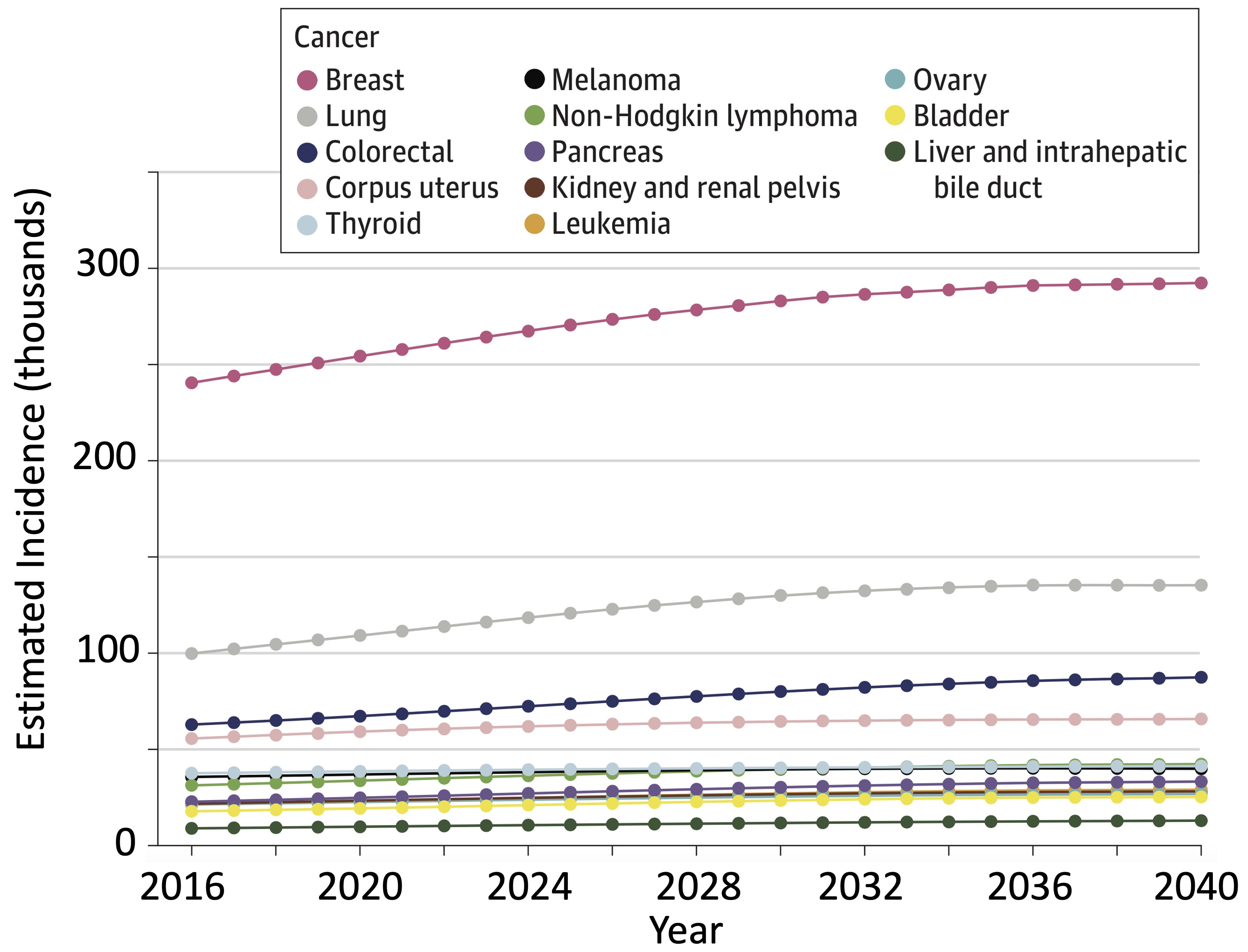 The figure at left (© JAMA) summarizes the estimated incidences for the top 10 common cancers in women. Breast cancer, with an incidence of quarter of a million in 2020, is by far the most common form of cancer, more than double the incidence of lung cancer. The incidence of breast cancer is projected to grow to almost 300,000 women over the next two decades, with the authors attributing the increase to improved awareness and early detection through screening.

The estimated number of deaths (seen below right, © JAMA) shows that in the case of breast cancer, there will be 10,000 fewer deaths in 2040 compared with 2020. The estimated reduction in lung cancer deaths is even more dramatic – from 60,000 to 35,000 – with the anticipated decrease most likely the result of fewer women using tobacco products. The reduction in breast cancer deaths will be the result of early detection and treatment advances such as immunotherapy. 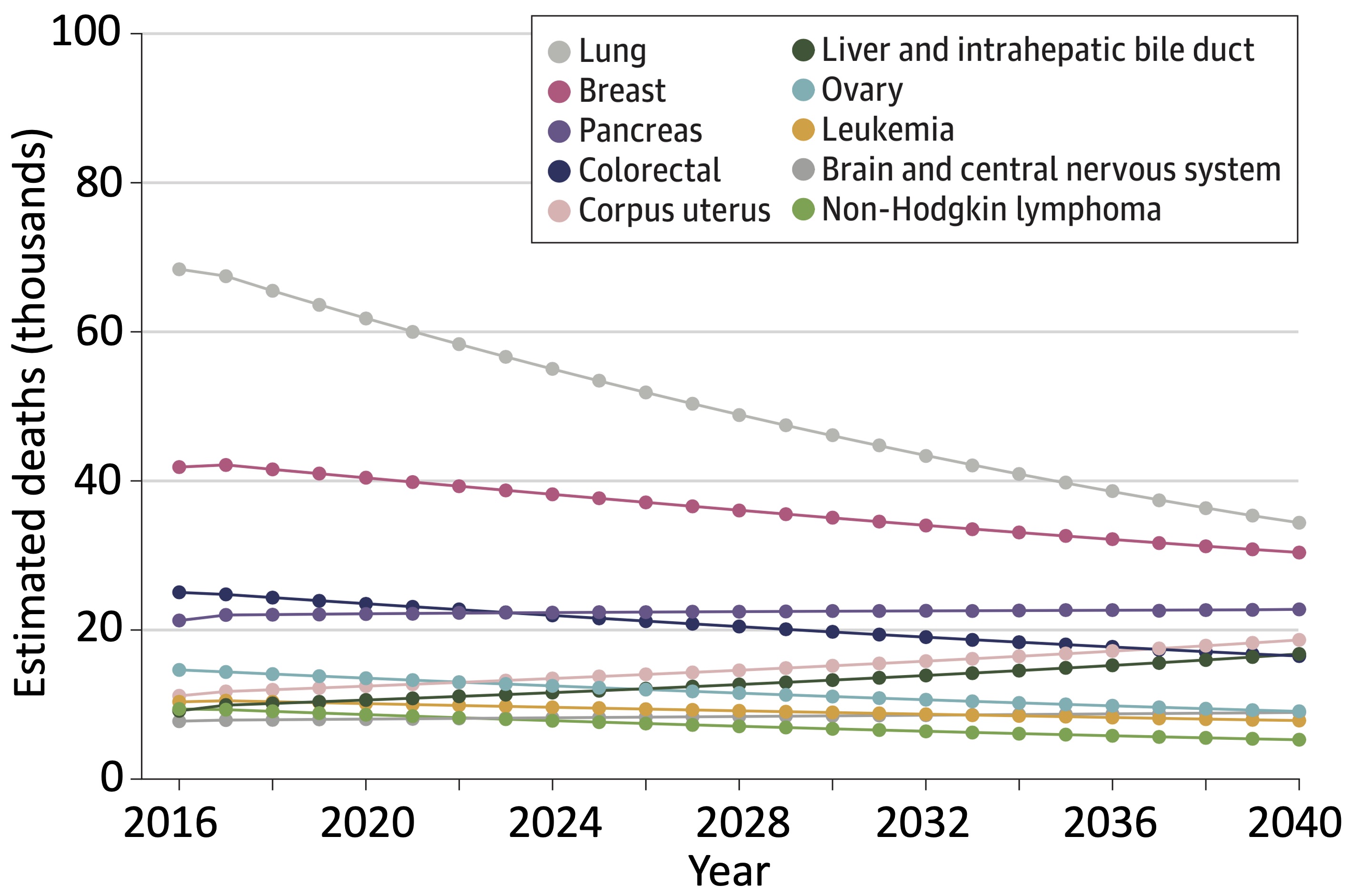 The authors concluded, “The estimated absolute number of cancer diagnoses and deaths will be important to inform the need for professionals trained to recognize and care for individuals with the disease, the burden on insurance companies and government programs, and the allocation of research funding to support future prevention and treatments. Further research investment into effective screening and, where possible, elimination of premalignant lesions, will substantially alter the future burden of cancer on the US population.”