Over the past two decades breast cancer has become a major health issue across the countries in the Pacific-Region where the incidence has been increasing rapidly. The pharmaceutical company Pfizer recently commissioned The Economist Intelligence Unit (EIU) to produce a 96-page report entitled “Breast cancer in Asia: the challenge and response.” As illustrated in an accompanying infographic, the report addressed four important questions.

In answer to the question – where is breast cancer most common? – the report showed there is substantial variation across the region. The age-standarised rate for China, at 22 per 100,000 women, is about one-quarter that in Australia. However, as lifestyles change and the population ages, the burden of breast cancer looks set to grow. In answer to the question – what does the future hold? – the EIU predicted significant percentage increases in breast cancer between 2012 and 2025: 12% for Korea and 22% for China, all the way up to 37% for Singapore and 49% for Malaysia.

In answer to the question – where is breast cancer the deadliest? – the authors made the point that the disease can be treated successfully if detected early enough. In four well-off countries in the region (South Korea, Hong Kong, Australia and Japan), the five-year survival rates are comparable to the USA’s 89%. However, in less-developed countries such as India and Malaysia the survival rates are hovering around 50%. Both these countries also scored poorly when the ratio of mortality rate to incidence rate was measured, suggesting opportunities for improvement. 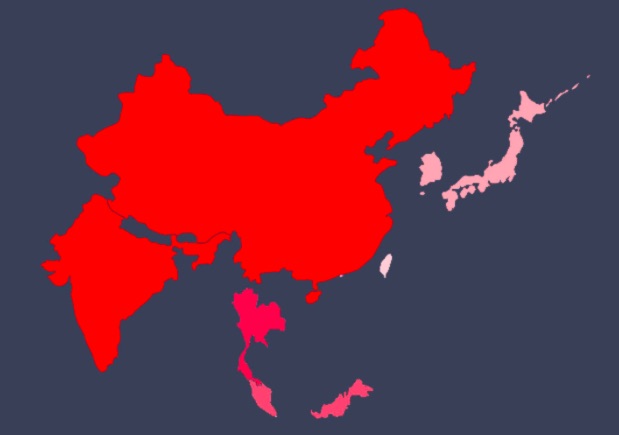 In answer to the question – how well prepared are countries to respond? – the EIU produced a detailed scorecard. They deemed six areas to be most important: raising awareness; early detection; treatment quality and access; long-term survivor support; palliative care; and data collection. Countries were ranked on their aggregate scores across the six categories, where each category was scored from 0, for very weak, to 8, for very strong. The leading country was Australia with an overall score of 48, followed closely by Taiwan with 45, while bringing up the rear were China on 10 and India with a score of just 8.

Among the conclusions were: breast cancer incidence rates, driven by lifestyle changes such as fertility patterns, look set to converge on higher rates in the West; a multi-faceted response is needed; prevention will have a limited effect; long-term care for survivors requires attention; and, controversially, screening is a minefield. At CapeRay we dispute this final point!