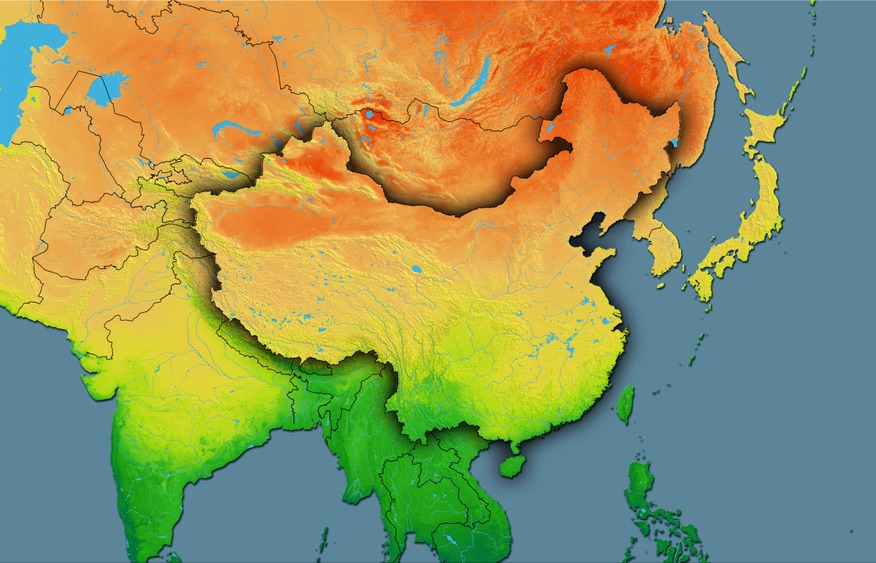 Three years ago, The Economist Intelligence Unit produced a 96-page report entitled “Breast cancer in Asia: the challenge and response” in which they addressed four key questions: (1) where is breast cancer most common? (2) where is breast cancer the deadliest? (3) how well prepared are countries to respond? and (4) what does the future hold? These are important questions, particularly in China which has an estimated 320 million women from 40 to 75, an age range when they are most vulnerable.

It has been reported that the incidence of breast cancer in China increased from 18.3 per 100,000 in 1970 to 32.4 in 2005 and is projected to reach 85.3 per 100,000 by 2021, resulting in 2.5 million new cases per annum. The peak age for breast cancer detection in China is 45 to 50, ten years earlier than women in the USA. It is the most common cancer among Chinese women and comprehensive measures will be needed to reduce the heavy burden of the disease.

The diagram below left (© The Beijing Axis) illustrates the incidence and mortality rates by age in China per 100,000 of the female population in 2014. As can be seen, the incidence is highest among the urban population and this difference is linked to unhealthy diets, increased alcohol consumption and the strict one-child government policy that limited childbearing. This policy was relaxed in 2013 and, as a result of the benefits of breast-feeding, will lead to a slight reduction in the incidence of breast cancer. 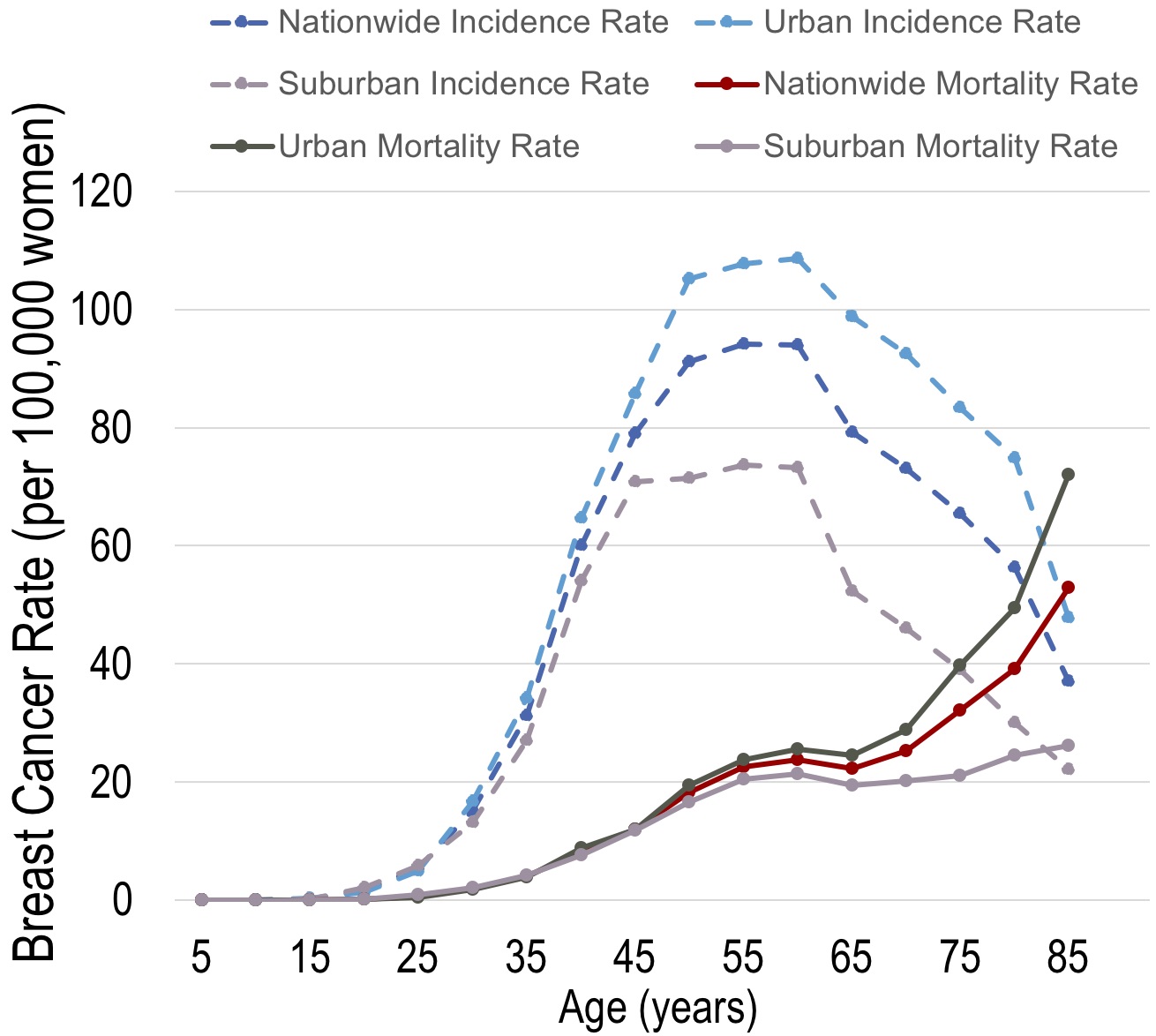 Recognising that early detection of breast cancer results in improved clinical outcomes, the Chinese government introduced screening with clinical breast examination plus hand-held ultrasound (HHUS) for rural women in 2009. However, this was found to be an expensive programme with the major problem being false positives. Bao and colleagues studied breast screening behaviour in mainland China and reported that participation ranged from 24% for mammography to 40% for ultrasound. Older women or having a friend with breast cancer was predictive of participation in either mammographic or ultrasound screening.

Although HHUS equipment has the appeal of being inexpensive – just $2,000 from the Butterfly Network, for example – it does have significant shortcomings, including: reliance on a skilled operator; lengthy time to scan the woman; and false negatives. While mammography systems are relatively expensive, they do overcome the shortcomings of HHUS. Whatever breast-screening technologies are adopted in China – ideally, both mammography and ultrasound – based on recent evidence, the disease burden is likely to be reduced in the long term.