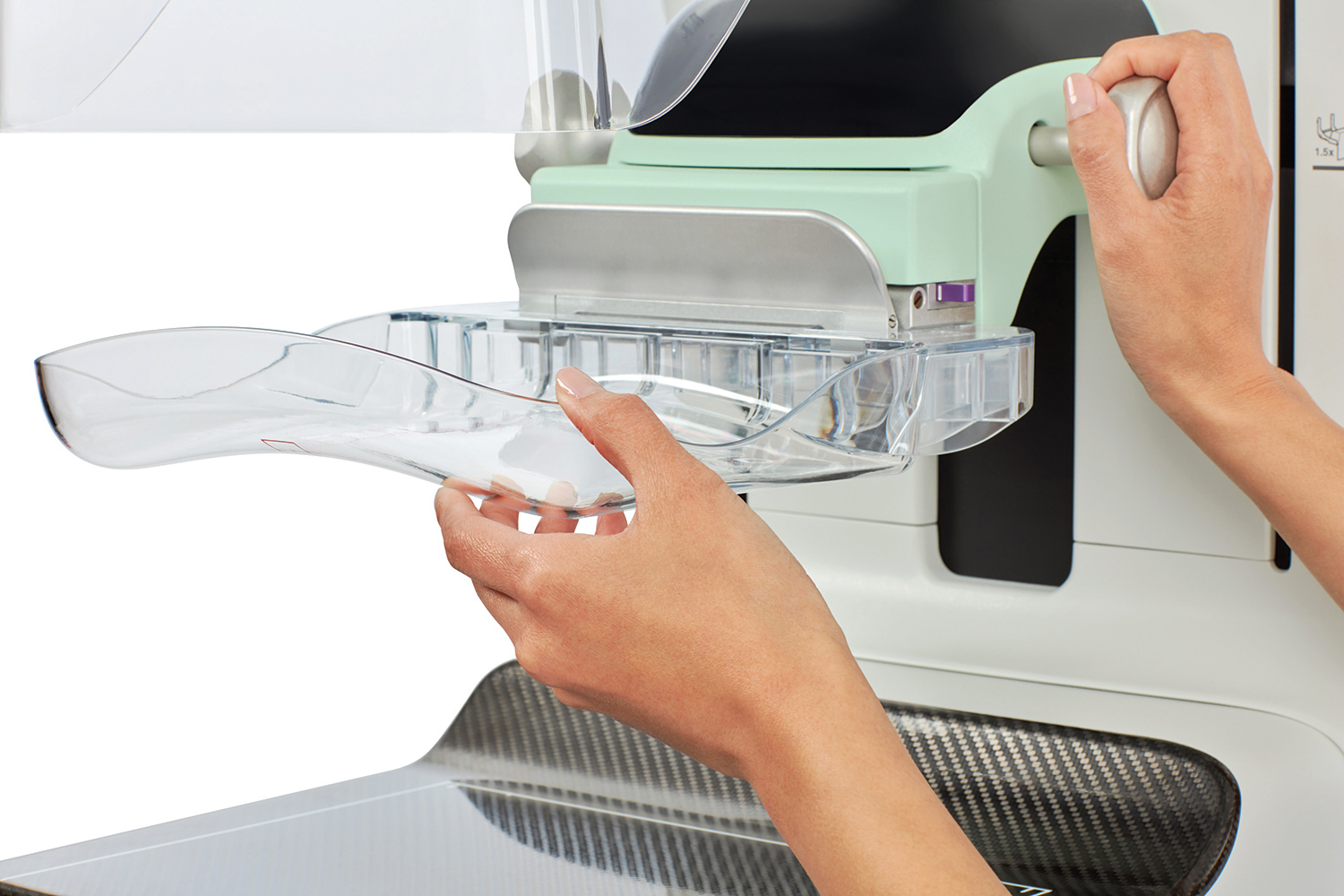 After a two-year hiatus because of the Covid pandemic, the 16th International Workshop on Breast Imaging took place in Leuven, Belgium last week. There was a full programme of 80 oral presentations and 22 posters, with keynote addresses by luminaries such as Martin Yaffe from Toronto and Etta Pisano from Harvard. An award for one of the best scientific presentations, sponsored by Hologic, was given to Melissa Hill for her paper entitled “Mammographic compression pressure as a predictor of interval cancer” which will shortly be published by SPIE.

Hill is a consultant imaging scientist at Volpara Health and collaborated with Mark Halling-Brown, who is head of scientific computing at the Royal Surrey County Hospital in Guildford, England, and curator of the OPTIMAM database that was used in the study. Their purpose was to identify mammographic image quality indicators predictive of interval breast cancers as opposed to screen-detected cancers. As we highlighted two years ago, 15% of breast cancers are diagnosed after the patient is screened mammographically with negative results but during the interval before the next recommended screening examination. 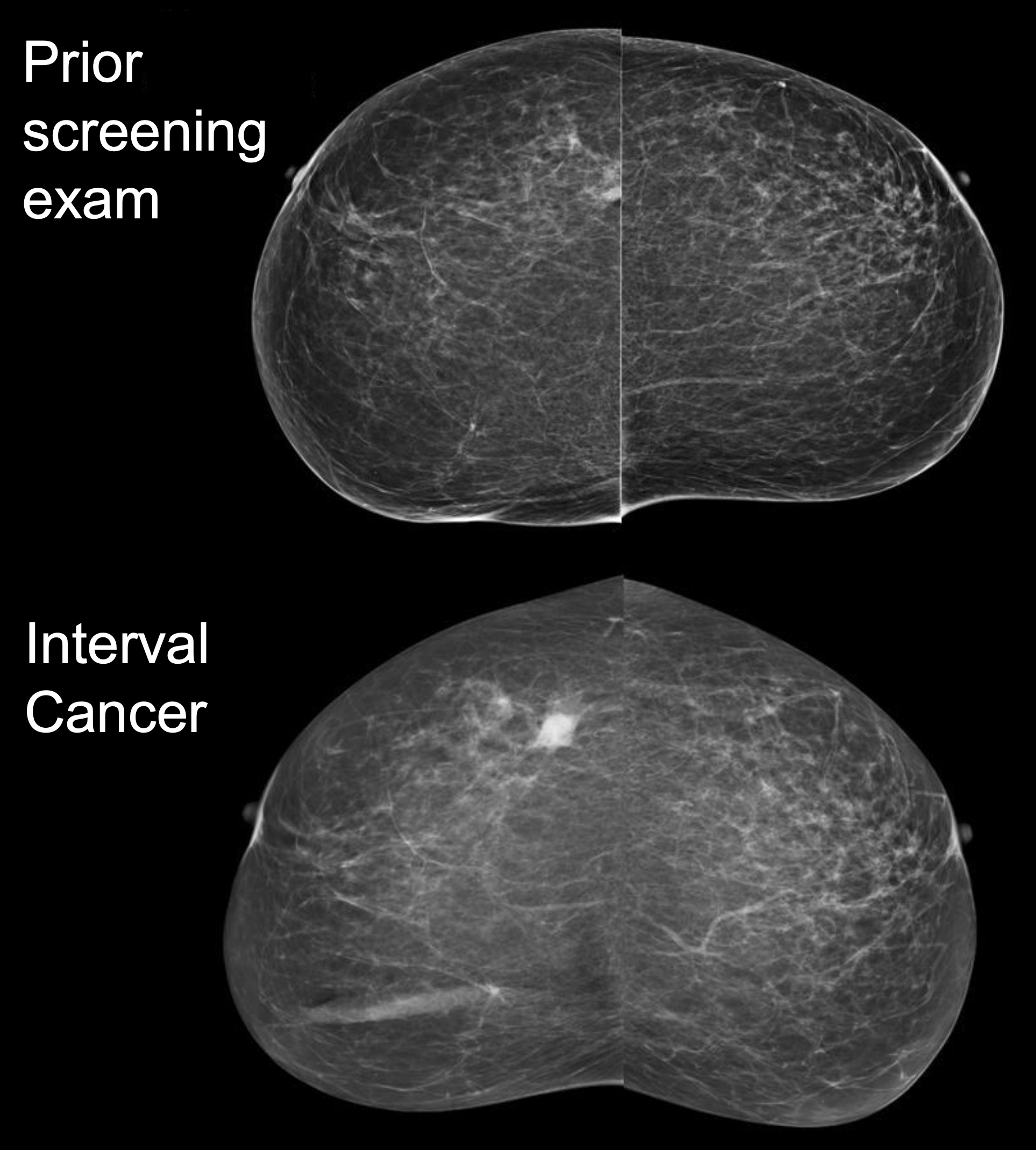 One of the key parameters measured was pressure – force divided by area – applied by the compression paddle (seen above right) to the breast by the radiographer. The major finding was that compression pressure (CP) was found to be a significant predictor of interval cancer (IC) versus screen-detected cancer (SDC), with higher CP being associated with a lower risk of IC. Their results demonstrated the lower limit of CP to be 7 kPa, with pressures below that increasing the odds of having an IC. The upper limit is about 13 kPa, with a group from Amsterdam arguing that the optimum CP is 10 kPa – or 75 mmHg – which is the diastolic blood pressure.

The figure above left (credit: OPTIMAM database under licence from Cancer Research Technology) shows cranio-caudal mammograms at the prior screening exam and then at the time the interval cancer was detected 1.7 years later. Interestingly, the CP at the prior screening exam was just 3 kPa, which may have played a role in the false negative finding. 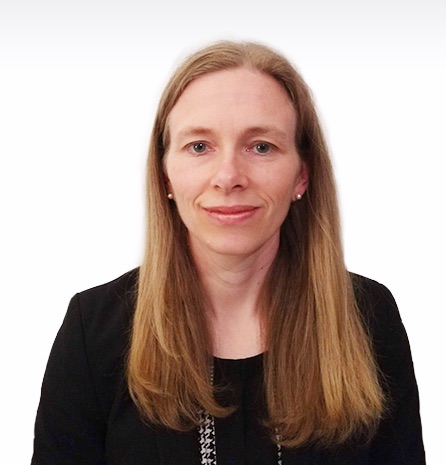 There are some important take-home messages and one of these was shared by Hill (seen right): “Taken together, our results and those from the literature suggest that radiographers should account for the breast size when they compress. The idea is that rather than having a target compression force – which some guidelines suggest – radiographers should aim for a target pressure, specifically between 7 and 13 kPa. They must understand the relationship between compression force, contact area with the paddle, and pressure.”