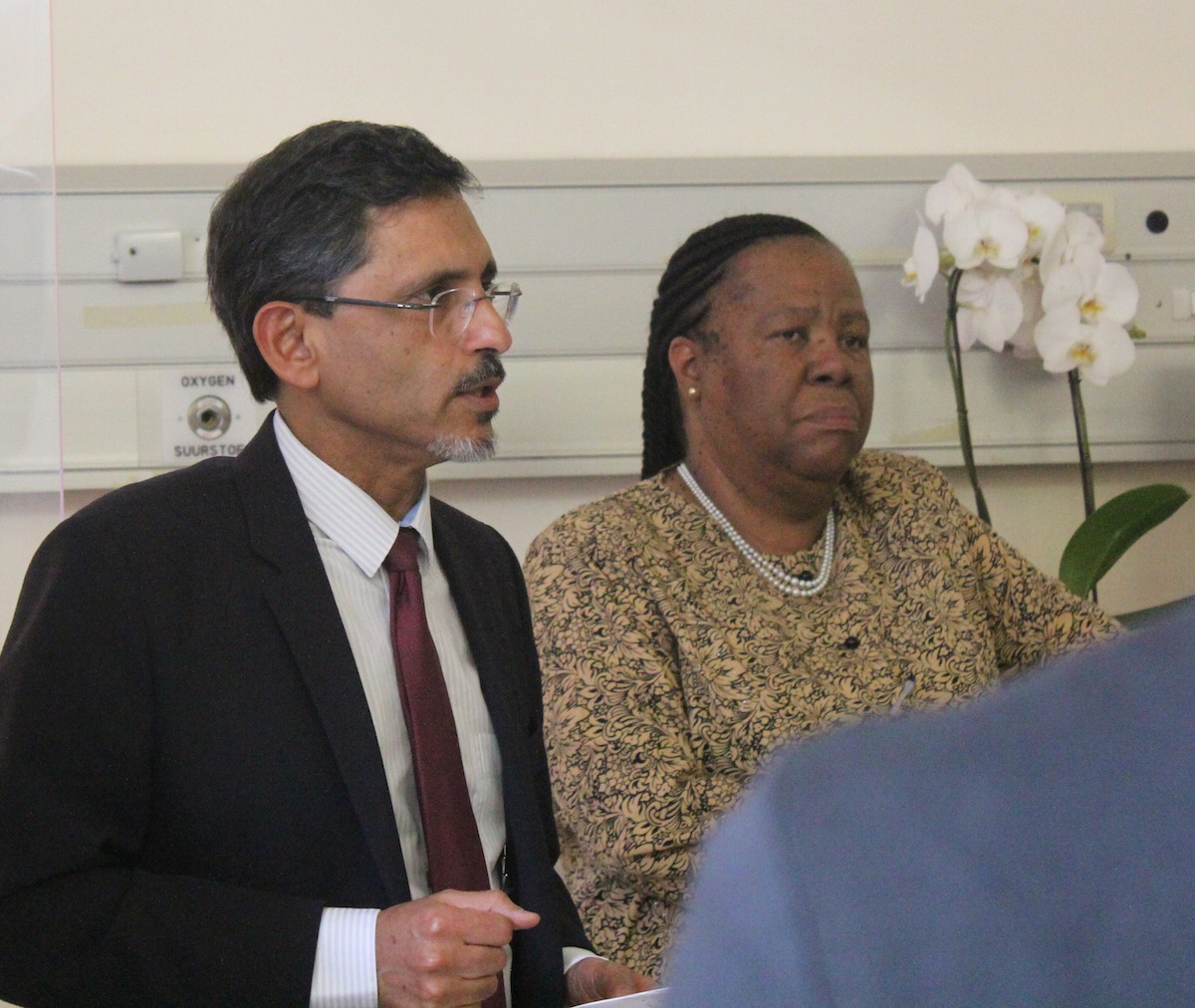 With the launch of our clinical trial last week, we had the opportunity yesterday to host a high-profile visit by two of South Africa’s cabinet ministers, Mr Ebrahim Patel and Ms Naledi Pandor. It was a significant event because we were able to show our two government officials how their funds had been invested over the past 15 years. Although the visit was organized at very short notice, there was considerable interest shown by the various media, including television, online and print.

Ms Pandor, who taught in the Academic Support Programme at the University of Cape Town (UCT) in the early 1990s, currently serves as the Minister of Science and Technology, a position she has held since 2014. Fifteen years ago her Department  through the Innovation Fund, provided a grant to UCT and De Beers that enabled us to conduct research on low-dose digital X-rays, and one of the results of that collaboration was CapeRay which spun out from UCT in January 2010.

Mr Patel, who is a distinguished graduate of UCT, is the Minister of Economic Development, a position he has held since 2009. When CapeRay was spun out from UCT a year later, the initial investment was made by the venture capital arm of the Industrial Development Corporation (IDC), a national finance institution established in 1940 to promote economic growth and industrial development. The IDC reports to Minister Patel and his department so he clearly has a vested interest in the companies the IDC supports. 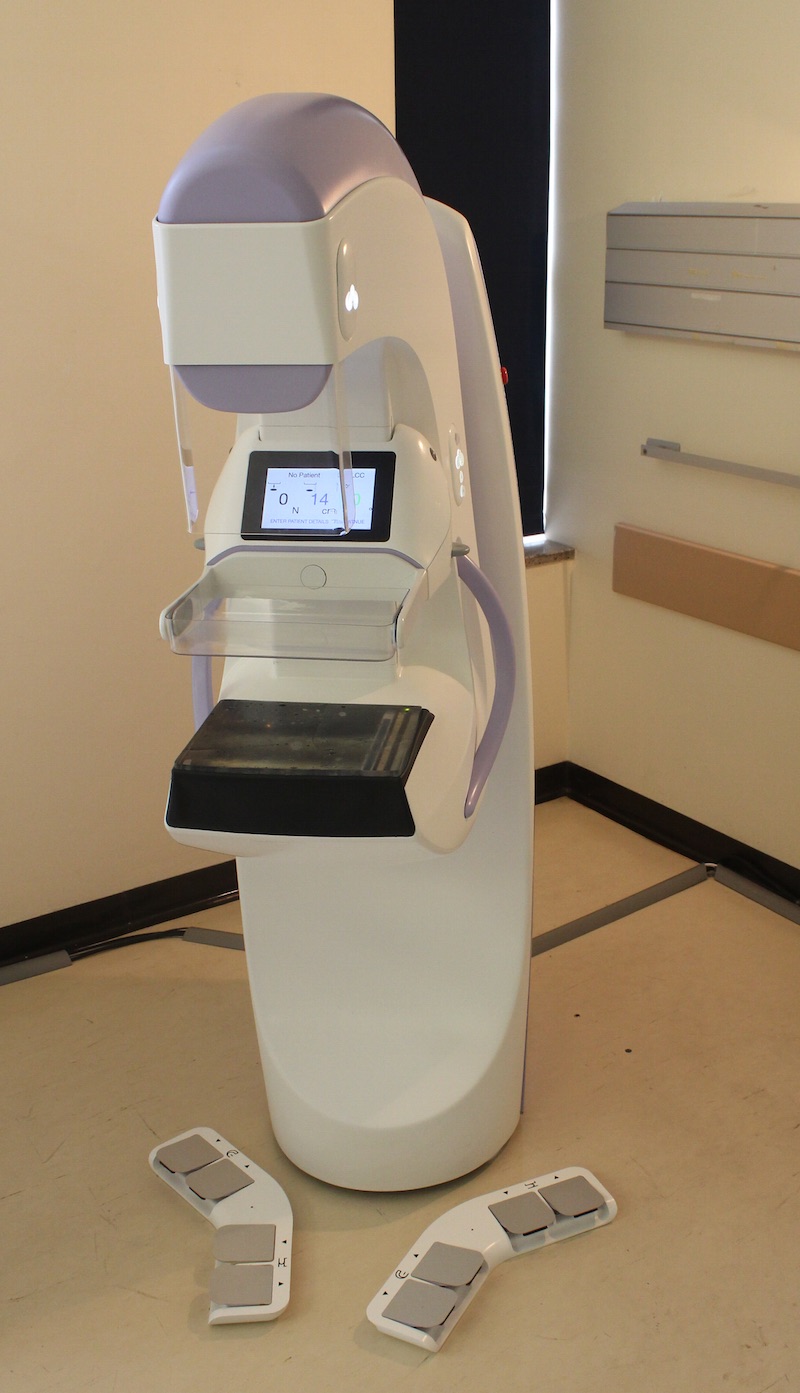 Speaking to the press after the CapeRay team had demonstrated Aceso’s dual-modality technology, Pandor commented, “I think the development of this particular machine, that has been designed to assist women get a better diagnosis of breast cancer – recognised as a huge public health problem – is very exciting. The fact that it’s a team working in South Africa developing what has the potential to become a global healthcare product is an excellent story for our country.”

Patel was equally enthusiastic, stating, “What is significant about the machine you see today is that it combines two imaging modalities in one package.” He continued, “Globally, the breast imaging market is worth 40 to 50 billion rand per annum and if we can take a South African technology that provides a better quality of life for our citizens, and it conquers global markets, then it can create jobs for our country.” Now that’s a challenge that CapeRay plans to deliver on!