The 14th annual awards ceremony of the National Science and Technology Forum (NSTF) took place near Johannesburg’s OR Tambo airport yesterday. The theme for the evening was indigenous knowledge and inventions of South Africa, in honour of the United Nations’ Decade of Indigenous Peoples. The San bushmen, hunter-gatherers who were our country’s original inhabitants, featured in a spectacular audio-visual production that also showcased famous inventions, including Allan Cormack’s development of the CAT-scanner. Entertainer for the evening was Vusi Mahlasela who sung movingly about the San, forcibly relocated by the government but then finally returned to their ancestral lands.

NSTF Award for an SME team

The guest of honour was Naledi Pandor, the Minister of Science and Technology, who delivered an upbeat message about the future possibilities for science, engineering and technology in our country. She focused on the award of the Square Kilometre Array (SKA) to South Africa and Australia, a radio telescope spread over thousands of kilometres. A huge array of 3,000 sensitive antennae will sweep the sky for answers to the major outstanding questions in astronomy, enabling scientists to probe the distant Universe.

Sometimes referred to as the “Oscars” of South Africa’s science and engineering scene, there were 12 NSTF awards in all, including those for individuals and organizations. These covered: an individual over a lifetime; an individual for contribution to research management; four TW Kambule Awards, two for contributions to scientific research over the past five to ten years, and two for emerging researchers; two awards for research capacity development; and an individual award for science communication; and finally three team awards, for research leading to innovation in a non-governmental organization, a large corporation and a small or medium enterprise (SME), respectively.

The PantoScanner team from CapeRay was adjudged the winner in the SME category, a fine tribute to the innovative spirit and “can do” attitude that pervades our company. It was also a great evening for our partner and shareholder, the University of Cape Town, which garnered five of the 12 awards. Our challenge at CapeRay will now be to follow through on the PantoScanner’s promise to enhance a clinician’s ability to diagnose breast cancer.

Perhaps the Roman historian, Pliny the Elder, had some special insight when he wrote the immortal words two thousand years ago: ex Africa semper aliquid novi, meaning “Out of Africa, always something new”. 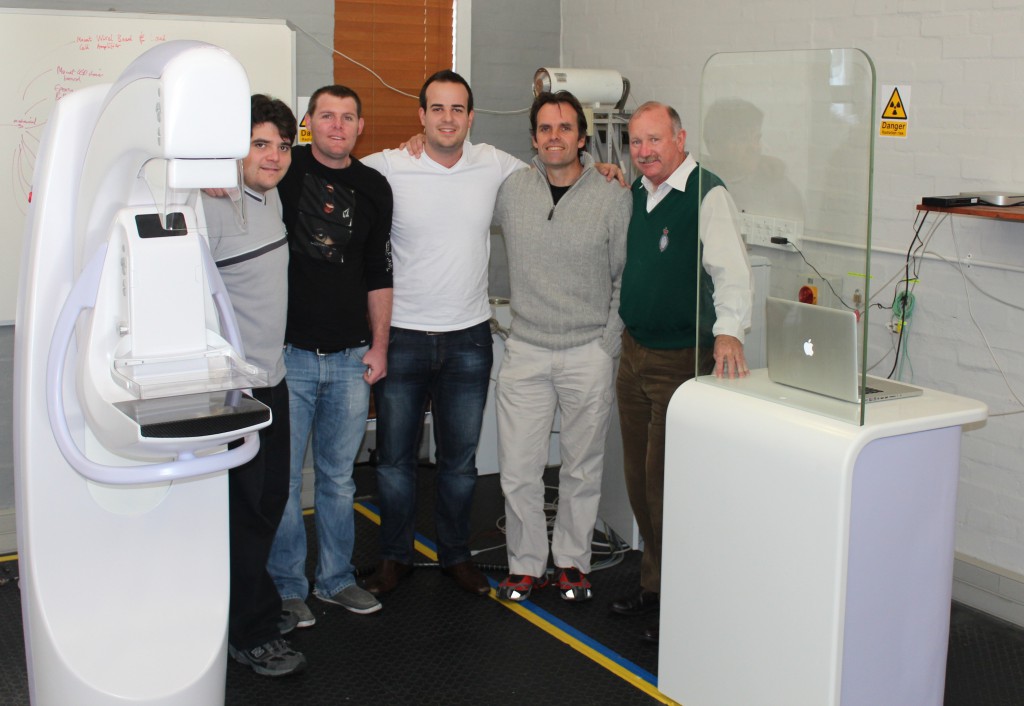