The first rule of marketing is to grab every opportunity that comes along to promote your company and its brand. That opportunity arose this past Wednesday when a producer at CapeTalk, a local radio station, called and asked if I would be prepared to be interviewed the next day. There was one slight catch, though: the live interview would be conducted at 6:30 am! Anyway, I readily agreed and yesterday morning I was at my desk at the scheduled time when the phone rang and Kieno Kammies (seen below left) was on the line.

The interview was part of a regular series entitled Quintessential Cape Town where a local company is showcased. It was immediately clear that Kammies had done his homework on CapeRay and our historical origins. He started the show by mentioning the work of Allan Cormack and his CT scanner – joking that CT stood for both Cape Town and Computer Tomography – and how this development had led to a share of the Nobel Prize for medicine in 1979. He then moved on to CapeRay and asked me to elaborate on the unique selling proposition of our dual-modality Aceso system.

I answered, “When a woman is scanned for breast cancer using mammography, for those women who have dense breast tissue – and that’s over 40% – very often their cancer will be missed. That’s known as a “false negative” and can be devastating, because once the cancer is finally diagnosed, it costs a lot more to treat the woman and, more importantly, the chances of a successful outcome are significantly diminished. That is why our technology is intended to catch those cancers at an early stage.” 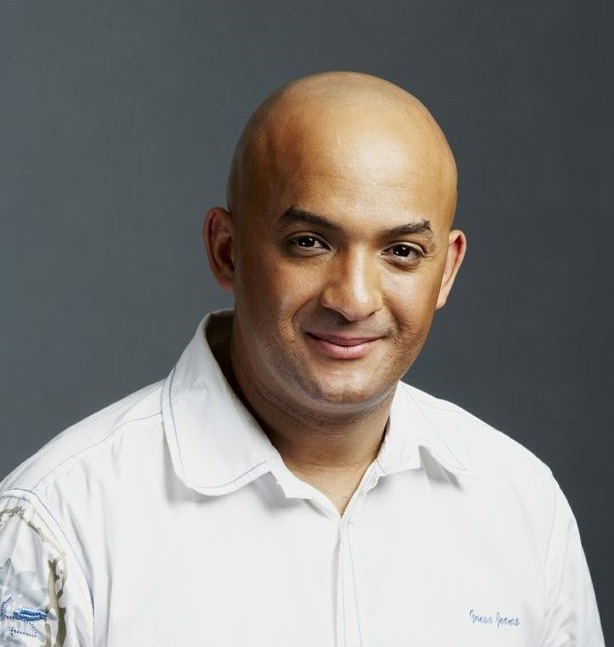 The interview also gave me an opportunity to put in a plug for other local companies with whom we collaborate. One of these is Peralex which co-developed and currently manufactures our Pandia digital X-ray cameras, while the others form part of the Western Cape Medical Devices Cluster, an initiative supported by our country’s Department of Trade and Industry.

I also mentioned we had conducted two successful clinical trials, one at the University of Cape Town and the other at Groote Schuur Hospital, and that we are busy gearing up for a long-term trial at the Wynberg Military Hospital where we will be collaborating with head of radiology, Dr Kamila Padia. I was pleasantly surprised how many colleagues listened to the interview live that can now be readily accessed by clicking here.