Comics: A Gateway to Literacy 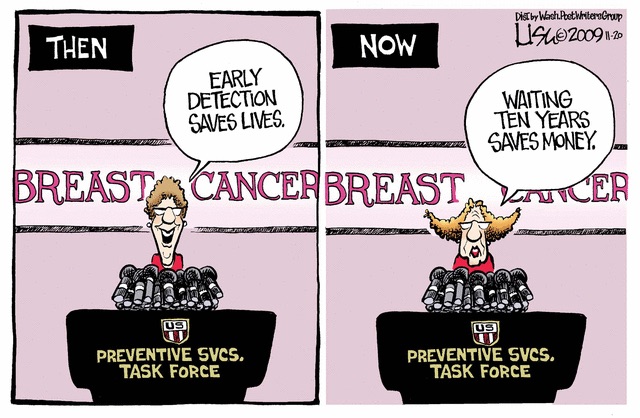 The American cartoonist Art Spiegelman has referred to comics as “a gateway to literacy,” but they can also, of course, stimulate laughter. It has long been recognised that sharing a good laugh not only brightens the day but can also improve one’s health. Laughter apparently reduces anxiety, stress and depression while strengthening the immune system. The cartoon at right (© Lisa Benson) provides insight and humour on the fickleness of the US Preventive Services Task Force  first, promoting breast cancer screening for women aged 40 to 50 because “early detection saves lives”; and then subsequently telling them to delay mammography until age 50 because “waiting ten years saves money.” 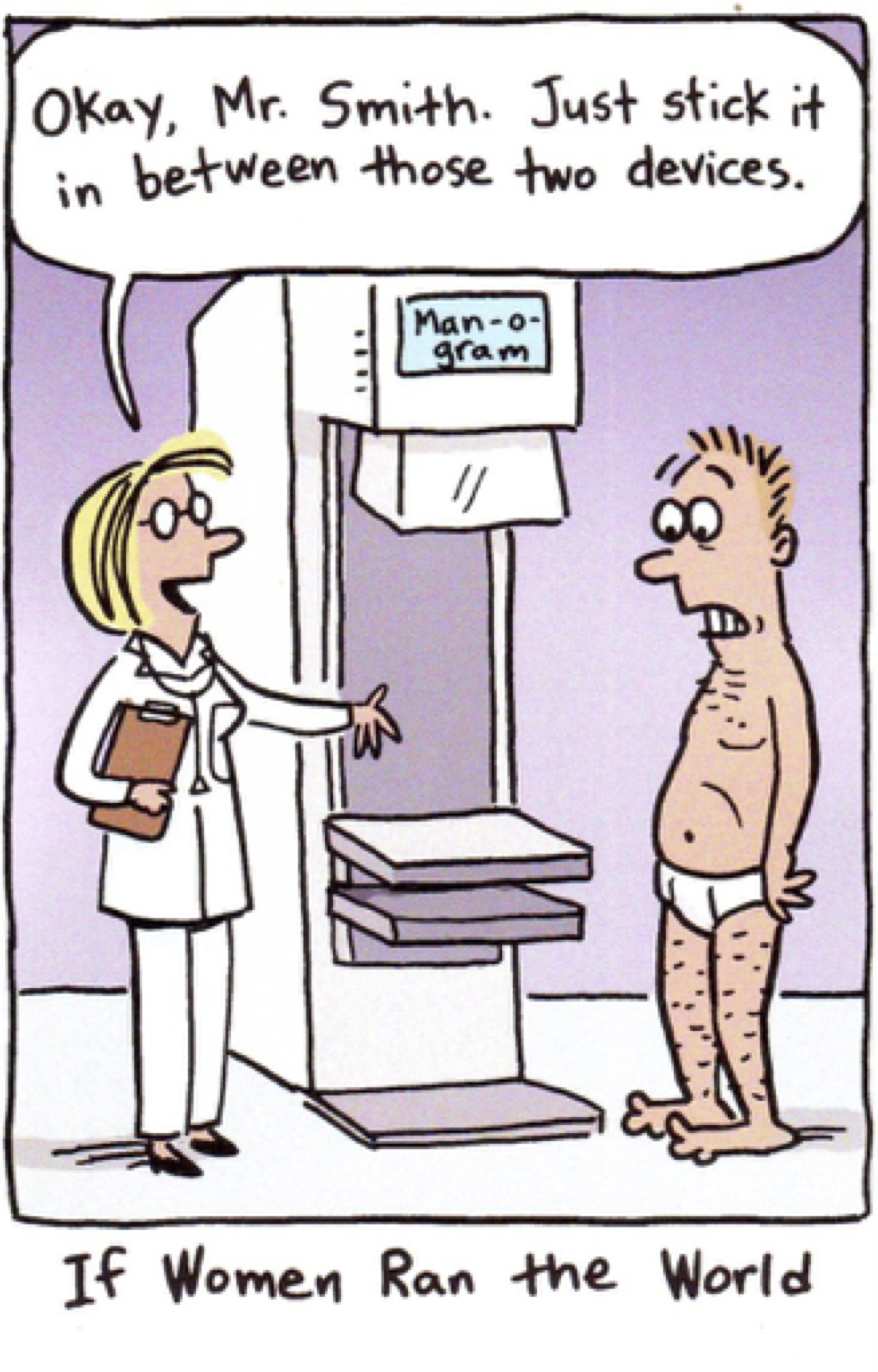 It’s no secret that a major concern for women when contemplating their next mammogram is the discomfort associated with breast compression. While there are distinct benefits of squashing the breast – reduced radiation dose, less X-ray scatter, better image quality, and reduced tissue overlap – there are now fortunately alternatives to the “big squeeze.” The humorous cartoon at left speaks to the fact that it is men who are responsible for the design of mammography systems. Given that CapeRay’s engineers are mostly men, we have paid careful attention to the design of the compression paddle used in our dual-modality Aceso system! 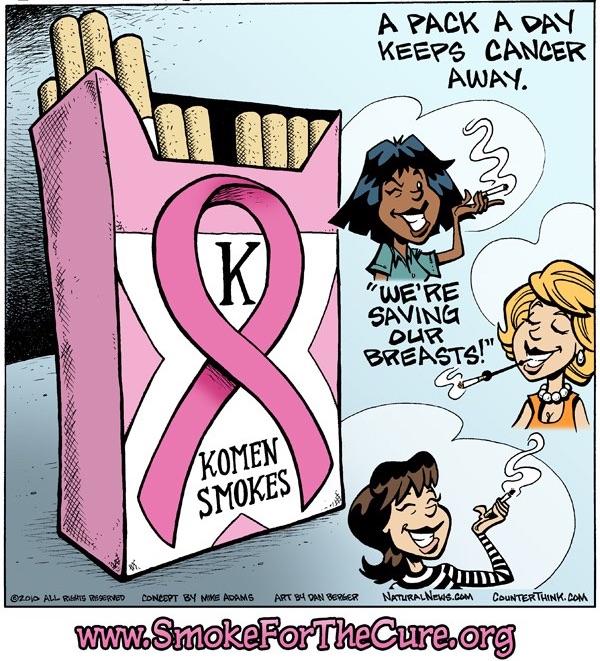 Susan G Komen is a non-profit organisation that raises funds to finance research, provide medical care and support education for women with breast cancer. One of Komen’s fund-raising initiatives is entitled “Race for the Cure” which has been parodied by CounterThink  a comic series that combines satire with an educational message. In the cartoon at right (© Mike Adams and Dan Berger), the message to women – “Smoke for the Cure” – pretends to help keep cancer away and save their breasts. As is well recognised, cigarette smoke is a known carcinogen and has been directly linked to breast cancer. 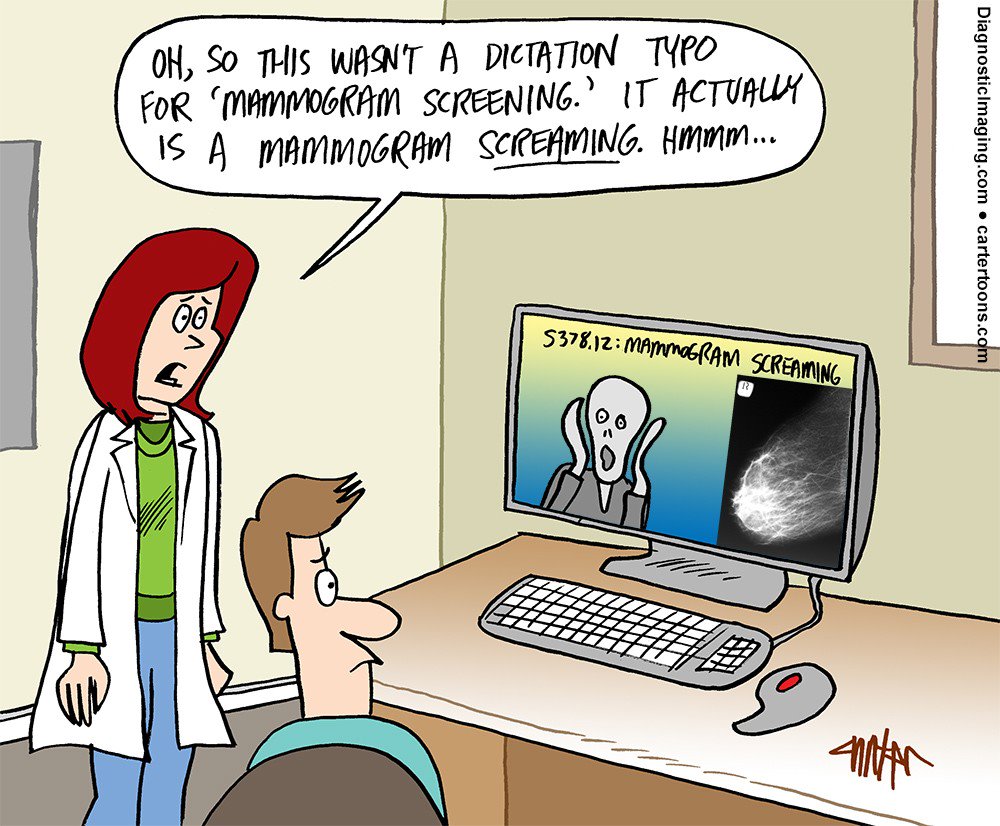 The online magazine DiagnosticImaging publishes Radiology Comics and last week featured the five most popular cartoons for 2016, including the Screaming Mammogram seen at left (© Jon Carter). Inspired by expressionist Edvard Munch’s The Scream, an iconic painting that recorded the artist’s actual experience of a scream piercing through nature while on a walk, the cartoon conjures up the frightening image of a woman who’s just been told she has breast cancer – certainly no laughing matter.

As a passionate advocate for comics, Spiegelman believes the medium provides a template for how the brain processes information. Now that’s something to contemplate as we look forward to 2017!