The title for this week’s blog – courage and innovation – was the theme for a conference held at Groote Schuur Hospital this past weekend: a celebration of the 50th anniversary of the first heart transplant. On Sunday 3rd December 1967 a surgical team led by Christiaan Barnard transplanted the heart of Denise Darvall, who was hit by a car the previous day and declared brain dead, into the chest of Louis Washkansky whose own heart was failing. Although Washkansky only lived for 18 days – he died of pneumonia – the event catapulted Barnard and Cape Town onto the world stage. 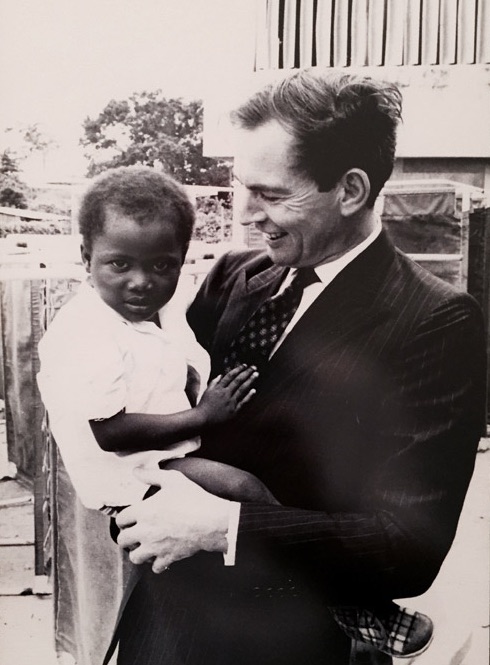 According to conference organiser Peter Zilla, who holds the Christiaan Barnard Chair in Cardiothoracic Surgery at the University of Cape Town (UCT), “The transplant created an awareness in 1967 that heart operations were possible when cardiac surgery was a very young discipline.” Barnard’s son, who spoke at the conference, described his father as “a man of extreme intellect, unquestionable drive, undeniable work ethic, humorous and at the same time vulnerable, yet strong.” The charismatic surgeon was indeed a complex character who took a personal interest in his patients, especially young children (seen left).

The first conference speaker was paediatric cardiologist Liesl Zülke who described the plight of the forgotten millions, the children and young adults suffering from rheumatic heart disease (RHD) who have no access to treatment. RHD originates from an untreated throat infection that leads to an auto-immune response where the patient’s heart valves are inadvertently attacked. The next speaker was Solly Benatar who highlighted the ethical challenges we face on a global scale, where the needs of the many are being subordinated to the avarice of the few. 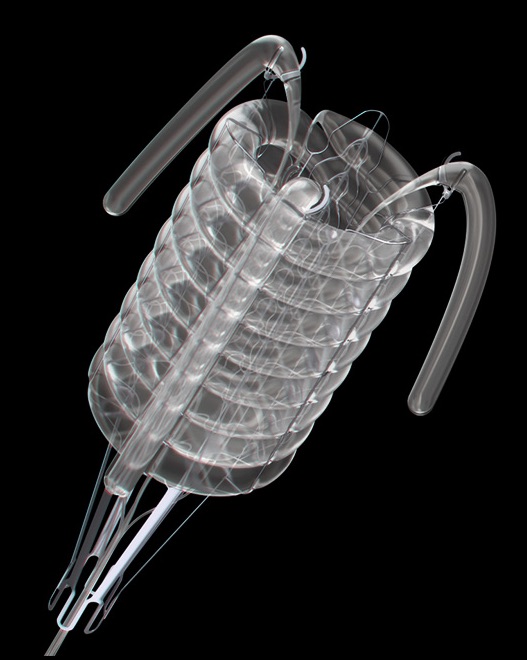 One of the responses to these ethical challenges was the signing of the Cape Town Declaration at the conference, binding the world’s most respected leaders in cardiothoracic surgery, cardiology, health policy and the medical device industry to bring the benefits of heart surgery to more than 33 million people worldwide suffering from RHD. A spin-out company from UCT – Strait Access Technologies (SAT) – has developed an artificial heart valve, and the necessary devices to insert these valves without the need for expensive open-heart surgery. Seen at right is SAT’s deployment device for transcatheter aortic valve implantation (TAVI) that recently received a prestigious global award for innovation in cardiac surgery.

Fifty years after the excitement of the world’s first heart transplant, clinicians, scientists and engineers in Cape Town are inspired by Barnard’s legacy: courage and innovation.