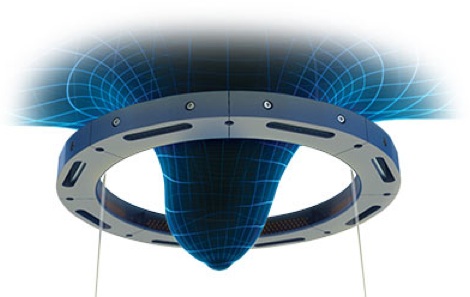 As anticipated in our report of the RSNA meeting in Chicago last month, Delphinus Medical Technologies has just announced that it received 510(k) clearance from the US Food & Drug Administration. This will enable the company — whose name, Dephinus, means dolphin — to market its SoftVue™ whole breast ultrasound tomography technology as a diagnostic imaging system and an adjunct to mammography. This is good news for Delphinus which was spun out from the Karmanos Cancer Institute in Detroit, Michigan four years ago.

SoftVue was created by a clinician, Peter Littrup, and a physicist, Ned Duric who have published extensively in the field and have also protected their designs and algorithms through a portfolio of patents. Unlike the current commercial automated breast ultrasound (ABUS) systems from GE and Siemens, where the woman lies on her back, during the SoftVue procedure she lies prone with her breast suspended in a reservoir of warm water. A circular ultrasound transducer, consisting of a ring of 2,048 individual elements, surrounds the breast (see image above right). Starting beneath the nipple and moving upwards towards the chest wall, the transducer gathers cross-sectional images, at 2 mm increments, of the entire breast.

SoftVue is distinguished from its ABUS competitors because, in addition to acquiring images based on the reflection of the ultrasound waves, it also gathers images derived from two other parameters: speed of sound and attenuation. These latter two measurements are based on the ultrasound waves being transmitted through the breast, a unique design feature of this innovative system. 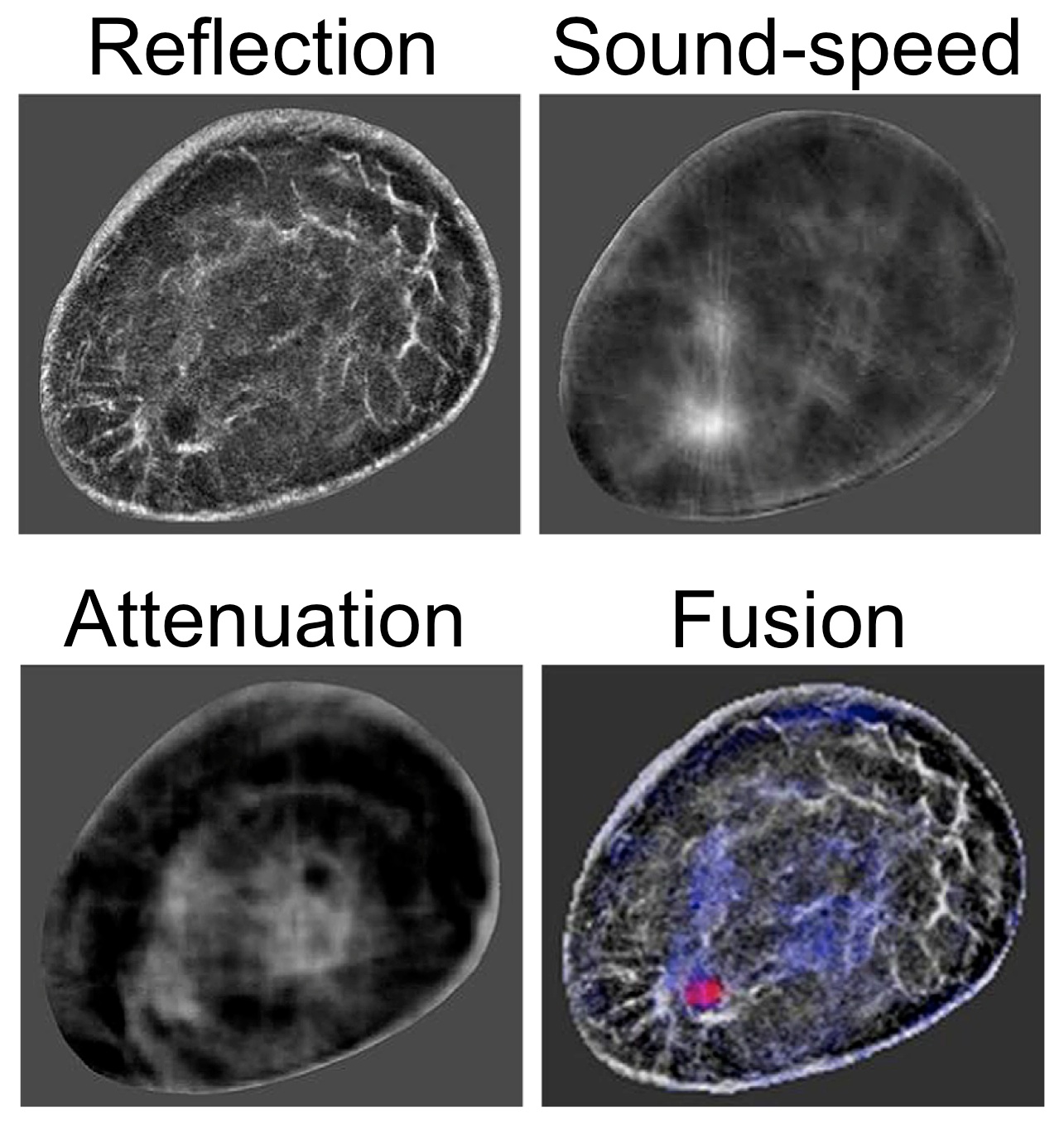 Sound-speed and attenuation signals provide essential information for characterizing the breast tissue, especially for evaluating density and tissue stiffness. Greater breast density is associated with an increase in cancer risk, while increased sound-speed and attenuation are both indicative of a malignant tumour. An added benefit is that fusion of the reflection, sound-speed and attenuation signals can lead to further diagnostic insight: the images at left illustrate a coronal view of a breast with an infiltrating ductal carcinoma. SoftVue can also be employed to monitor the clinical response of breast cancer patients to neo-adjuvant chemotherapy, tracking the size of the tumour.