The October issue of Diagnostic Imaging Europe, coinciding with breast awareness month, has just been published and focuses on breast imaging. The magazine, which is distributed to more than 25,000 radiologists and medical imaging specialists, includes articles written by experts in the field. Three years ago, the editor of DIEurope invited CapeRay’s CEO Kit Vaughan to contribute a review of papers describing the company’s dual-modality Aceso system. Today we highlight three of the nine articles on breast imaging (click here to download the issue).

It is well established that dense breast tissue – as measured by mammography – is a significant risk factor for breast cancer. The American College of Radiology developed a lexicon known as BI-RADS in which the radiologist visually grades each breast: A = almost entirely fatty; B = scattered fibro-glandular tissue; C = heterogeneously dense; and D = extremely dense. The University of Pennsylvania has developed a software package called LIBRA that is freely available and calculates breast density from both digital mammograms and tomosynthesis images. One application of LIBRA was a case-control study of the association of density with breast cancer. 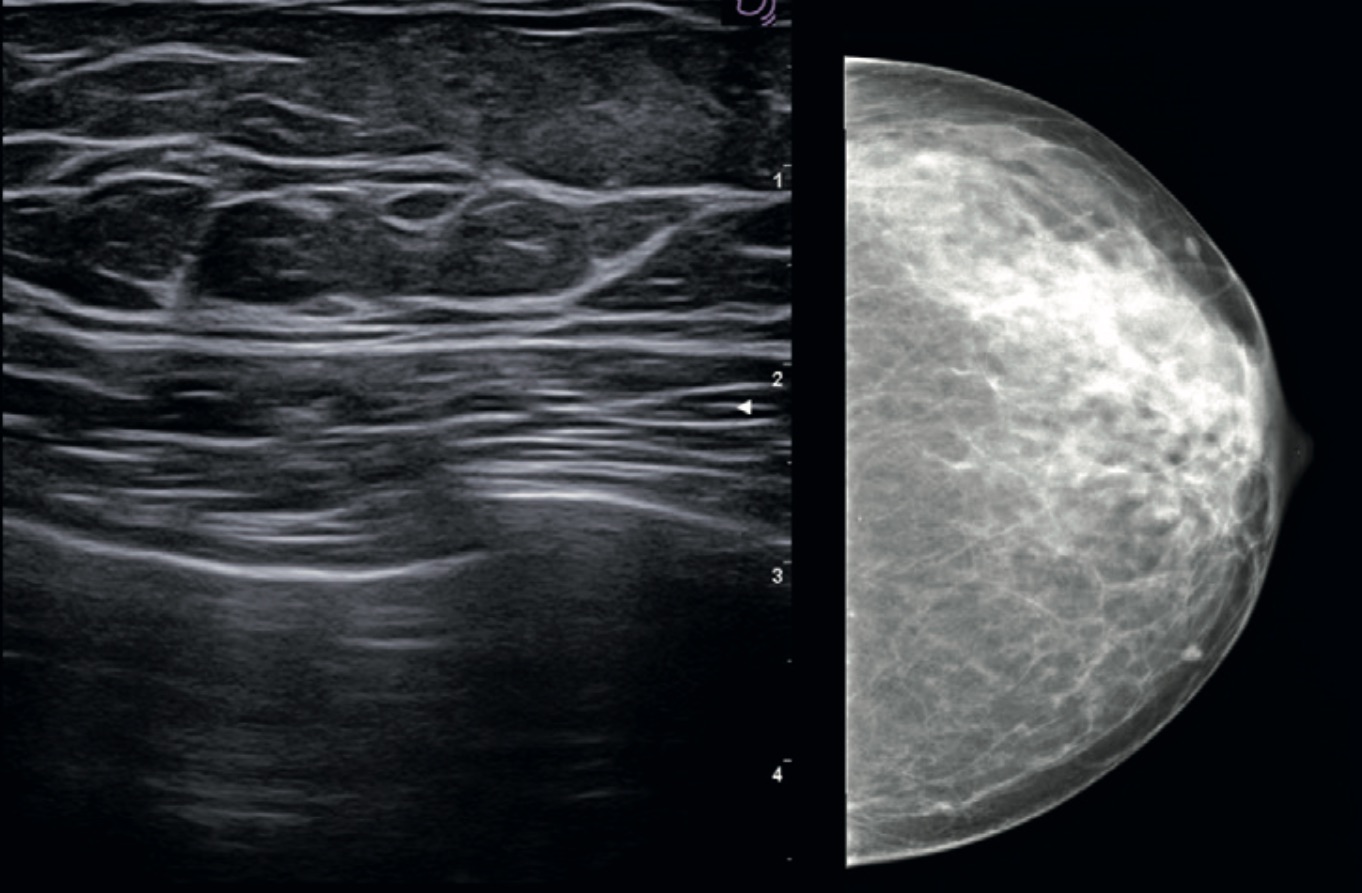 In women with dense breast tissue, mammography will often fail to reveal a cancerous tumour – yielding a false negative diagnosis with devastating consequences – and hand-held ultrasound (HHUS) is often recommended as an adjunctive screening modality. One of the leaders in HHUS is the Italian company Esaote that has developed tools to assist clinicians in making diagnostic decisions. These include strain and shear-wave elastography; 3D localization; and dual-modality display of the ultrasound and mammographic images (seen above left). However, unlike CapeRay’s Aceso system, the breast is in a different orientation and degree of compression, thus complicating image interpretation.

Despite its widespread use in breast cancer screening, HHUS does have some drawbacks. These include the length of time to acquire the images – at least 20 minutes – and dependence on the operator’s skills. This has led to the development of automated breast ultrasound (ABUS) systems that address these shortcomings. 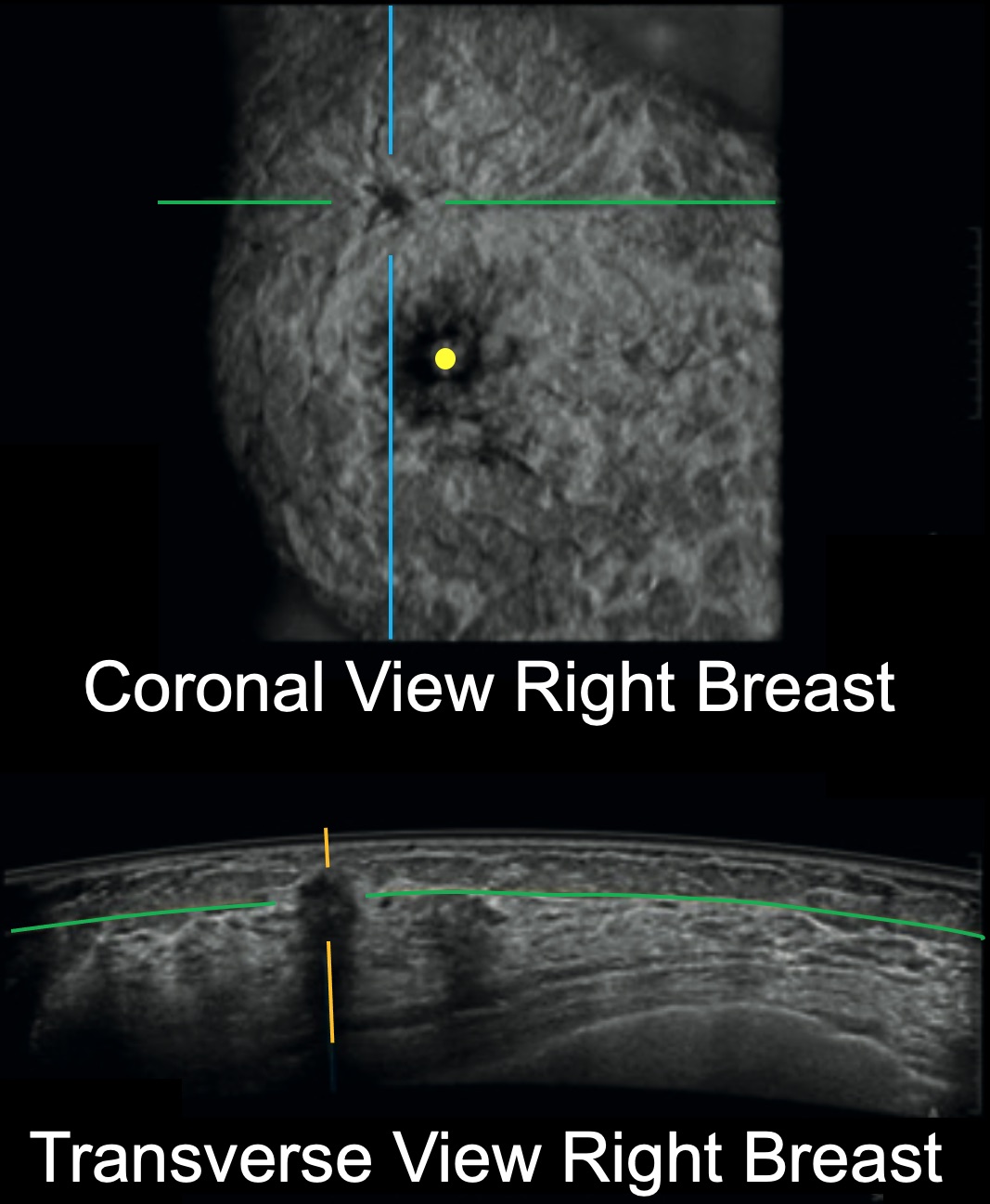 The current ABUS systems manufactured by GE and Siemens gather multiple slices in the transverse plane with the woman lying in a supine position. From these slices it is possible to reconstruct the breast tissue in 3D and then display it in orthogonal planes such as the coronal view (seen right, where the cross-hairs identify an invasive cancer and the yellow dot indicates the nipple). A group from Milan showed that the coronal view yielded high specificity compared to multi-planar reconstruction and faster reading times, but at lower sensitivity.