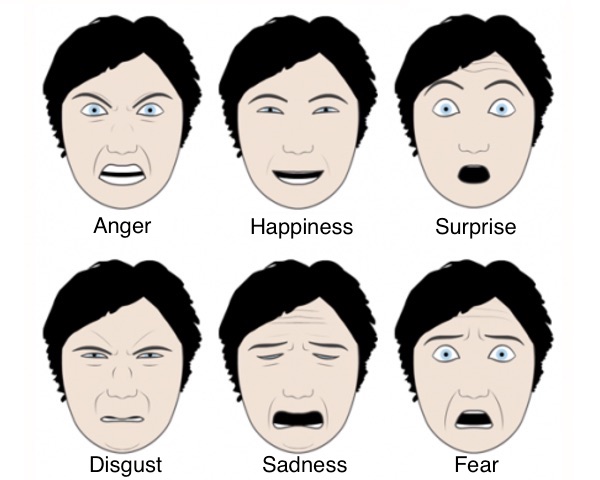 Jenny Dalgliesh felt a lump in her left breast and visited the family doctor who in turn referred her to the local radiology practice. A mammogram was inconclusive and so the radiologist performed a biopsy and sent the tissue off to the pathologist for analysis. Adam, Jenny’s husband, was present when she received the pathologist’s report and he scrutinised her face, wondering if the result was serious or not. According to a long-held assumption in psychology, Jenny’s emotions should have fallen within one of just six categories: anger, happiness, surprise, disgust, sadness or fear.

Two scientists from the University of California Berkeley have just published a paper in the Proceedings of the National Academy of Sciences (PNAS) in which they employed novel statistical methods to analyse the responses of 853 men and women to a selection of 2,185 emotionally evocative short videos. The senior author, Dachar Keltner, said: “We found that 27 distinct dimensions, not six, were necessary to account for the way hundreds of people reliably reported feeling in response to each video.”

As part of the study, the subjects – who were demographically diverse – viewed a selection of 5- to 10-second video clips that were intended to evoke a range of emotions. The silent videos included diverse topics such as death and suffering, spiders and snakes, sexual acts, natural disasters, risky stunts and babies. The participants were placed in three separate groups, where group one freely reported their emotional responses. Group two ranked each video according to how strongly it elicited emotions such as admiration, anxiety, envy, surprise and triumph. 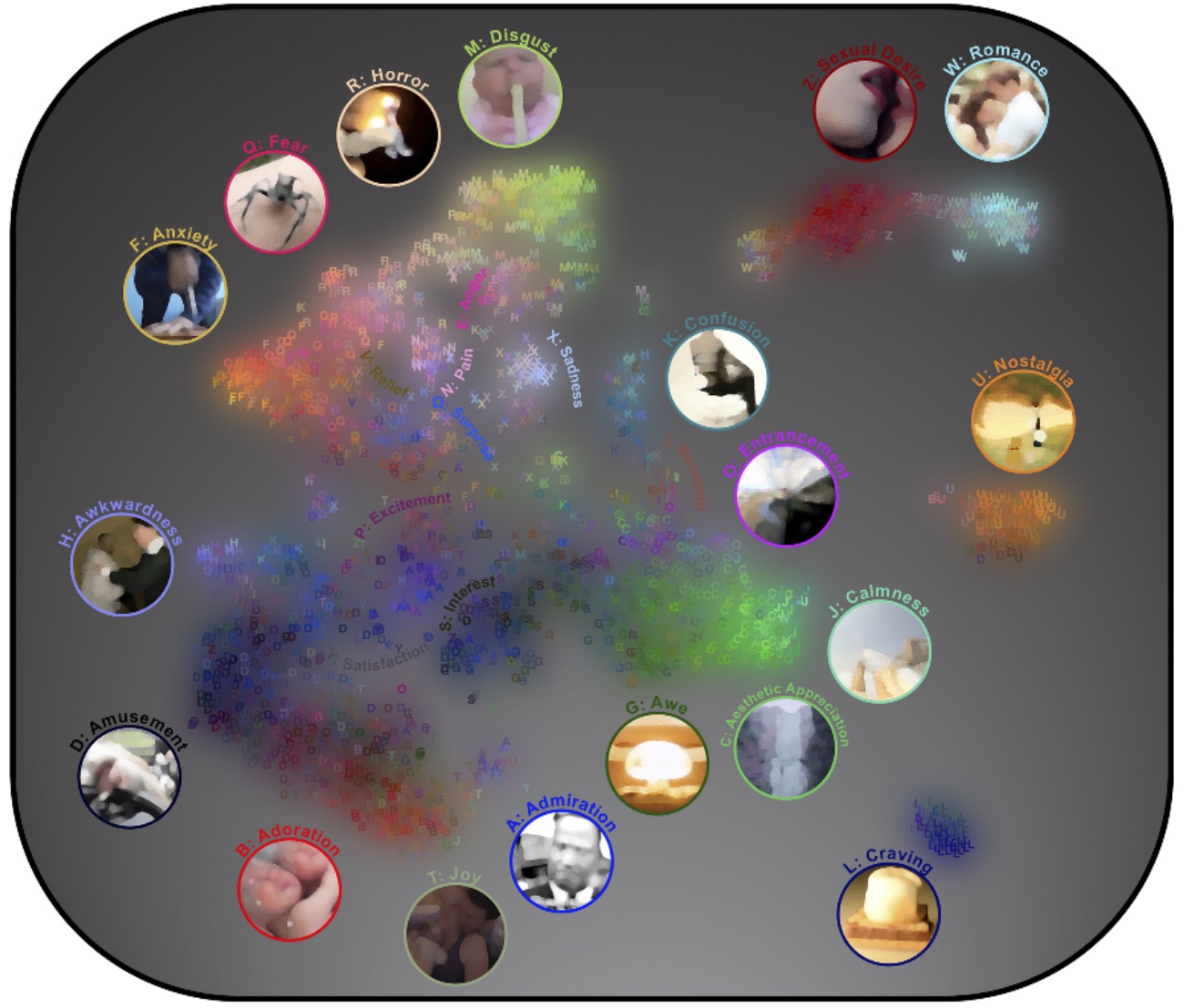 The third group watched a dozen videos and rated their emotional responses to each video on a scale of 1 to 9 based on dichotomies such as excitement versus calmness, dominance versus submissiveness, and positive versus negative. Interestingly, the researchers found they could predict how the third group would rate the videos based on how groups one and two had assessed the emotions elicited by the videos. Using statistical modelling, they built a semantic atlas of human emotions, where each of the 27 distinct categories of emotion was mapped according to a particular colour (see above left, © PNAS). First author and PhD student Alan Cowen commented: “We sought to shed light on the full palette of emotions that colour our inner world.”

When Adam Dalgliesh studied his wife Jenny’s response to the pathologist’s report, he witnessed a range of emotions: anxiety, empathetic pain, interest and relief. The lesion was benign.