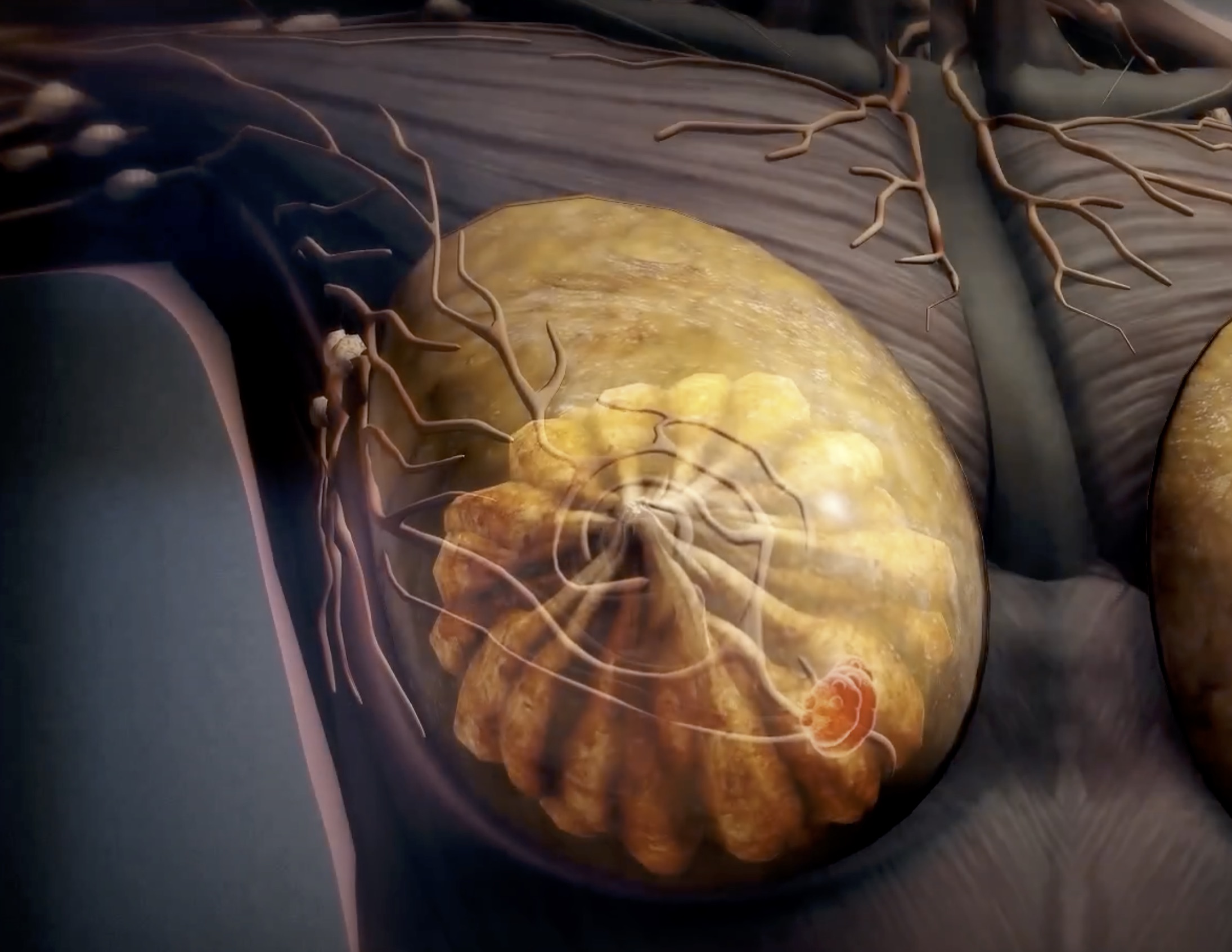 It is estimated that 15% of breast cancers are diagnosed after the patient is screened mammographically with negative results but during the interval before the next recommended screening examination. An interval breast cancer (IBC) could include a true negative finding, where the cancer was not present at the original screening, or a false negative finding, where the cancer was present but was not seen on the mammogram. Two years ago, an article published in JAMA Oncology concluded that patients diagnosed with an IBC had a poorer prognosis compared to patients whose cancers were detected during screening.

An important paper appeared earlier this week in JAMA Network Open in which the authors compared the mortality among women with screening-detected breast cancers vs IBCs. Recognising that an IBC has a worse prognosis, the authors sought to establish whether the length of the inter-screening period might influence prognosis and mortality. Their cohort consisted of 3,019 post-menopausal women with breast cancer, of whom 35% were IBCs and 65% were detected at the time of screening. The IBCs were then subdivided into those occurring less than 1 year or between 1 and 2.5 years after the last mammogram mandated by protocol. 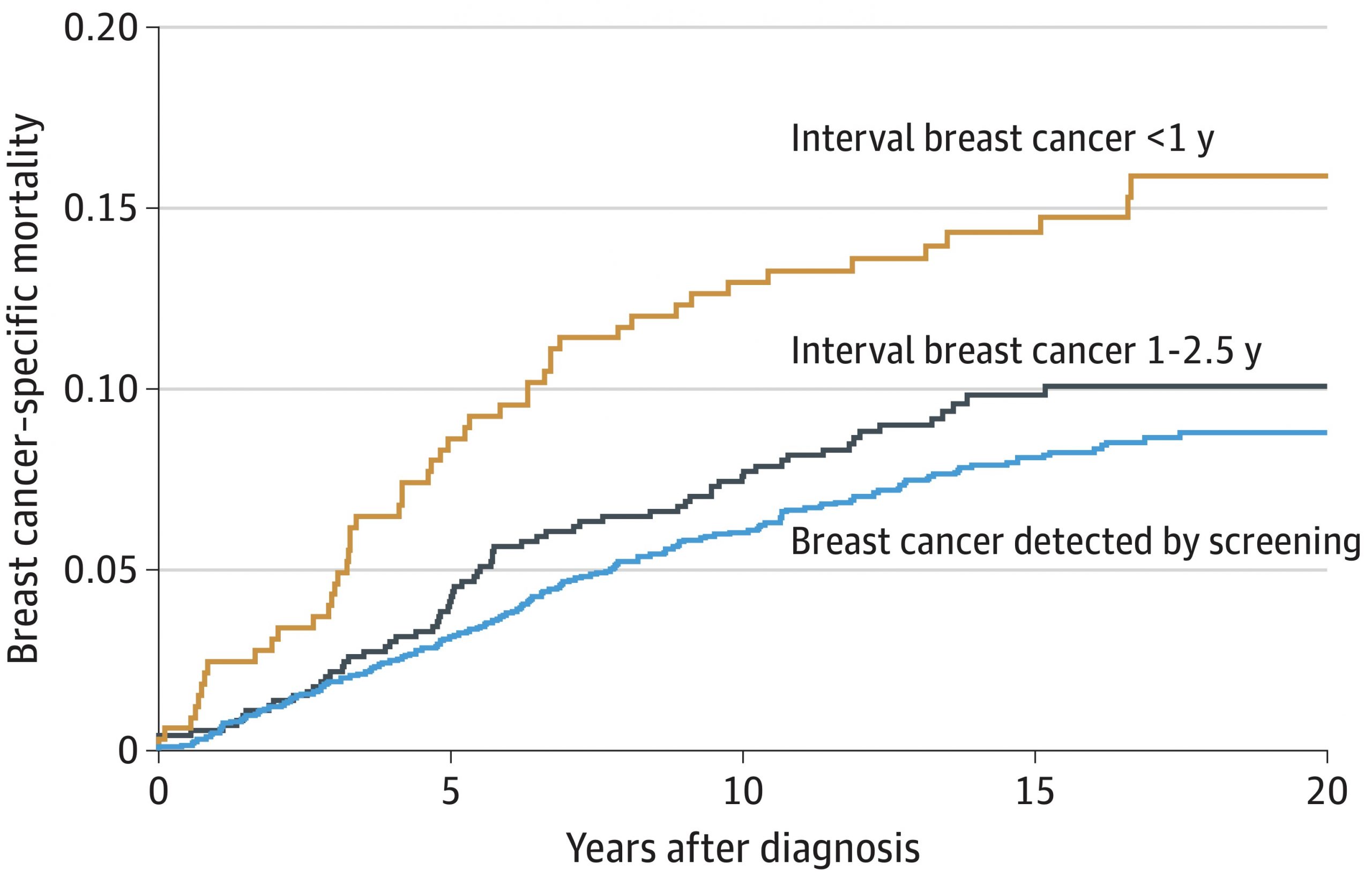 Their findings were statistically significant. IBCs diagnosed within 1 year of a negative screening mammogram had larger tumour sizes, were more advanced clinically and had greater lymph node involvement than cancers detected by screening. As seen at left (© JAMA), the breast cancer-specific mortality for IBCs less than 1 year was significantly higher than IBCs detected between 1 and 2.5 years and compared to breast cancers detected by screening.

The authors highlighted a number of strengths in their study, including: a large and diverse population of patients; a longitudinal cohort following a screening programme for at least 10 years; an extensive follow-up period; and the ability to stratify by annual or biennial screening intervals. However, they also acknowledged a limitation in that they were unable to differentiate true IBCs from cancers that were not detected by screening (i.e. false negatives).

The authors stated, “Interval cancers occurring within 1 year from a mammogram with negative results may have a unique biology that accounts for aggressive features.” They also concluded, “This study adds to the growing body of literature that argues for the development of novel approaches to detect life-threatening cancers currently missed by mammographic screening.” At CapeRay we believe that dual-modality systems which integrate X-rays and ultrasound represent one such novel approach to screening.