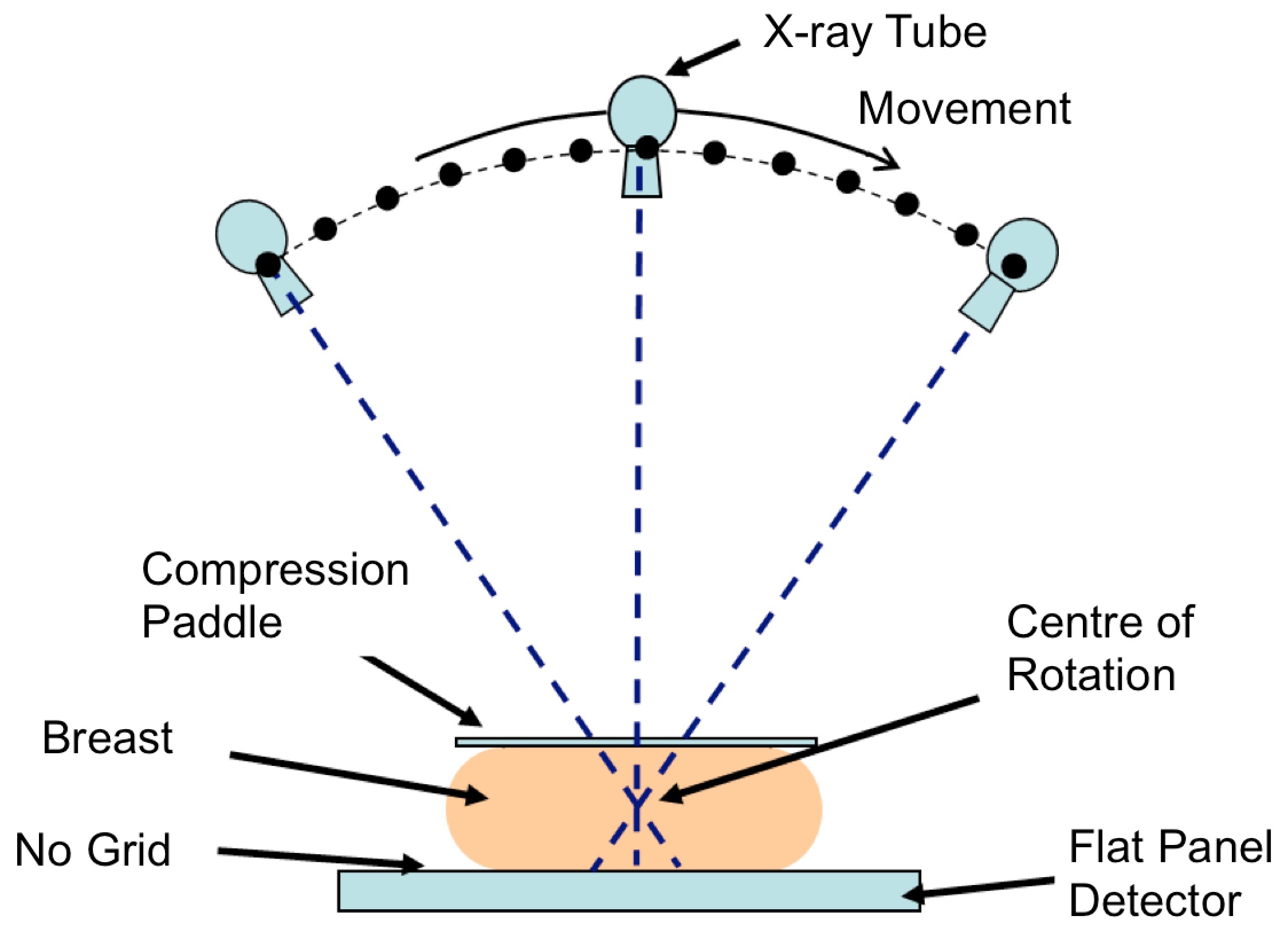 Earlier this year, we described how the digital breast tomosynthesis (DBT) pioneers, led by Dr Daniel Kopans, developed a screening tool that has saved thousands of lives. As seen at right, in DBT the X-ray tube rotates through an arc of up to 50 degrees while a series of low-dose images are captured, enabling a quasi-3D volume of the breast to be reconstructed. Synthesized images, representing different layers of the breast, allow for the removal of overlapping tissues so that cancerous lesions may be uncovered.

In February 2011, Hologic became the first company to receive pre-market approval from the FDA for its Selenia Dimensions DBT system as a screening modality, and an early adopter was Dr Liane Philpotts at Yale University. This past Sunday, at the annual meeting of the Radiological Society of North America (RSNA), Philpotts presented a 10-year study comparing 237,108 DBT cases — of which 37% had dense breast tissue — with 8,844 separate full-field digital mammography (FFDM) cases.

The table at left (© AuntMinnie.com) compares the FFDM and DBT findings for three key parameters: recall rate, cancer detection rate and positive predictive value (PPV). DBT had a recall rate that was about half of FFDM, while it detected one more cancer per 1,000 women screened than FFDM. Philpotts commented: “A lot of women with denser breast tissue had cancers detected with supplemental screening – as good as DBT is, it doesn’t find all the cancers.” Dr Per Skaane of Norway published a key paper in Radiology in 2019, comparing FFDM with DBT for 24,301 women. As seen below right, sensitivity for DBT was significantly higher than FFDM, although at 71% there were still a number of false negatives.

In a recent editorial, Kopans has said it is time for a change in DBT research, arguing it is inappropriate to compare detection and recall among two different groups. He has recommended prospective evaluations of FFDM and DBT of the same women at the same point in time.

In a commentary on another paper from Skaane’s group, Fuchsjäger and Adelsmayr from Austria were bold enough to suggest: “Isn’t it time to take this method to the next level and employ DBT as a stand-alone screening technique, combining it with 3D automated breast ultrasound (ABUS) when necessary to create the supplemental screening ‘dream team’?” In an article just published in Clinical Imaging, Kopans went one step further, recommending: “A major impact on mortality would be the placement of ABUS in FFDM and DBT systems, permitting simultaneous and perfectly registered images.” Now that’s a target worth striving for!