The Food and Drug Administration (FDA) has just published a report entitled “3D techniques poised to change how doctors diagnose cancers.” The FDA’s research team in the Division of Imaging, Diagnostics and Software Reliability consists of basic scientists and clinicians who are studying how visual information is received and analysed in order to reach a diagnosis. Their focus is on breast cancer and three emerging technology platforms – digital breast tomosynthesis, automated breast ultrasound, and breast computerised tomography – that enable a clinician to view the breast in three dimensions (3D).

Digital breast tomosynthesis (DBT) has garnered most attention in the past few years, led by Hologic’s Selenia Dimensions system which gained FDA approval in 2012 and GE Healthcare’s SenoClaire device which was approved in the past few months. As previously highlighted, DBT enables a 3D volume of the breast to be reconstructed from multiple 2D views using a mathematical algorithm, with the synthesized images to be played back as a movie. “The problem of overlapping shadows has confounded breast cancer screening because mammograms don’t show cancers that are hidden by overlapping tissue,” said the FDA’s Kyle Myers. She further commented that DBT enables earlier detection of abnormalities and better visualization of small tumours. 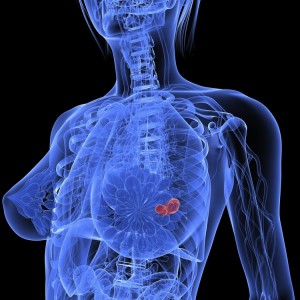 GE Healthcare’s Invenia is so far the only automated breast ultrasound (ABUS) system to have received FDA approval as a screening device to be used as an adjunct to mammography. Brian Garra, a diagnostic radiologist doing research in regulatory science at the FDA, explained that ABUS improves breast cancer detection in women with dense breast tissue. However, he also identified a potential problem with both DBT and ABUS: “For radiologists there are many more images to examine, and that can reduce the speed at which studies can be interpreted.”

The FDA has not yet approved breast computerised tomography (BCT) although an American company Koning has received the CE Mark and Canadian regulatory approval for its BCT device. The Breast Journal has just published an article by Avice O’Connell from the University of Rochester who believes that BCT has the potential to replace DBT because it delivers true 3D images. Through the use of clinical examples, she illustrated BCT’s advantages: no breast compression; greater variety in tomographic slices; shorter acquisition time compared to MRI; several breast density concerns are addressed; and the radiation dose level is acceptable.

While the technical challenges for imaging the breast in 3D are high, so too are the stakes.