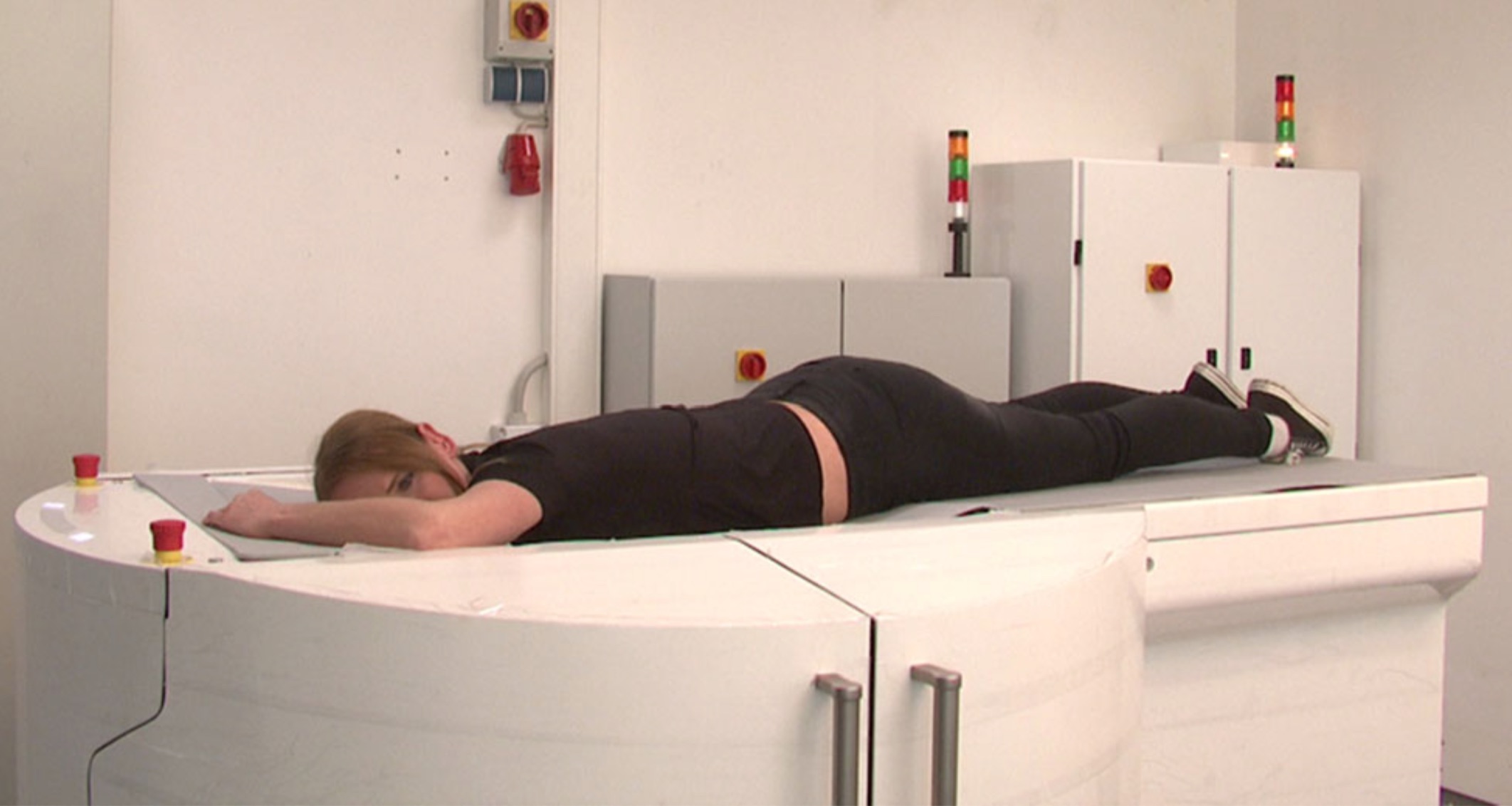 In February 2015 we published a story that highlighted the difference between breast computed tomography (BCT) that generates true 3D images, and the widespread digital breast tomosynthesis (DBT) systems that produce quasi-3D images. Koning had just received FDA approval for its BCT scanner to be used as a diagnostic device, meaning that it could only be employed as an adjunct to full-field digital mammography (FFDM) or DBT, but not for screening purposes. Researchers from Erlangen in Germany have just published a paper in European Radiology that describes the technical feasibility of a new BCT system.

In their introduction, Kalender and his colleagues stated  “All efforts shown so far have been criticized and partly disapproved because of their limited spatial resolution and higher patient dose when compared to mammography.” Of course, this statement is not strictly true because Koning received both FDA approval and the CE Mark on the strength of a paper published in the American Journal of Roentgenology in 2010.

Nevertheless, the Germans set out to develop a BCT system with improved spatial resolution and average glandular dose levels comparable to mammography. Built by CT Imaging  their system is similar to Koning’s BCT scanner, where the woman lies in a prone position with her breast suspended through an opening in the examination table (see above right, © European Radiology).  The key to their new cone-beam BCT design is a photon-counting detector manufactured by Swedish firm XCounter. 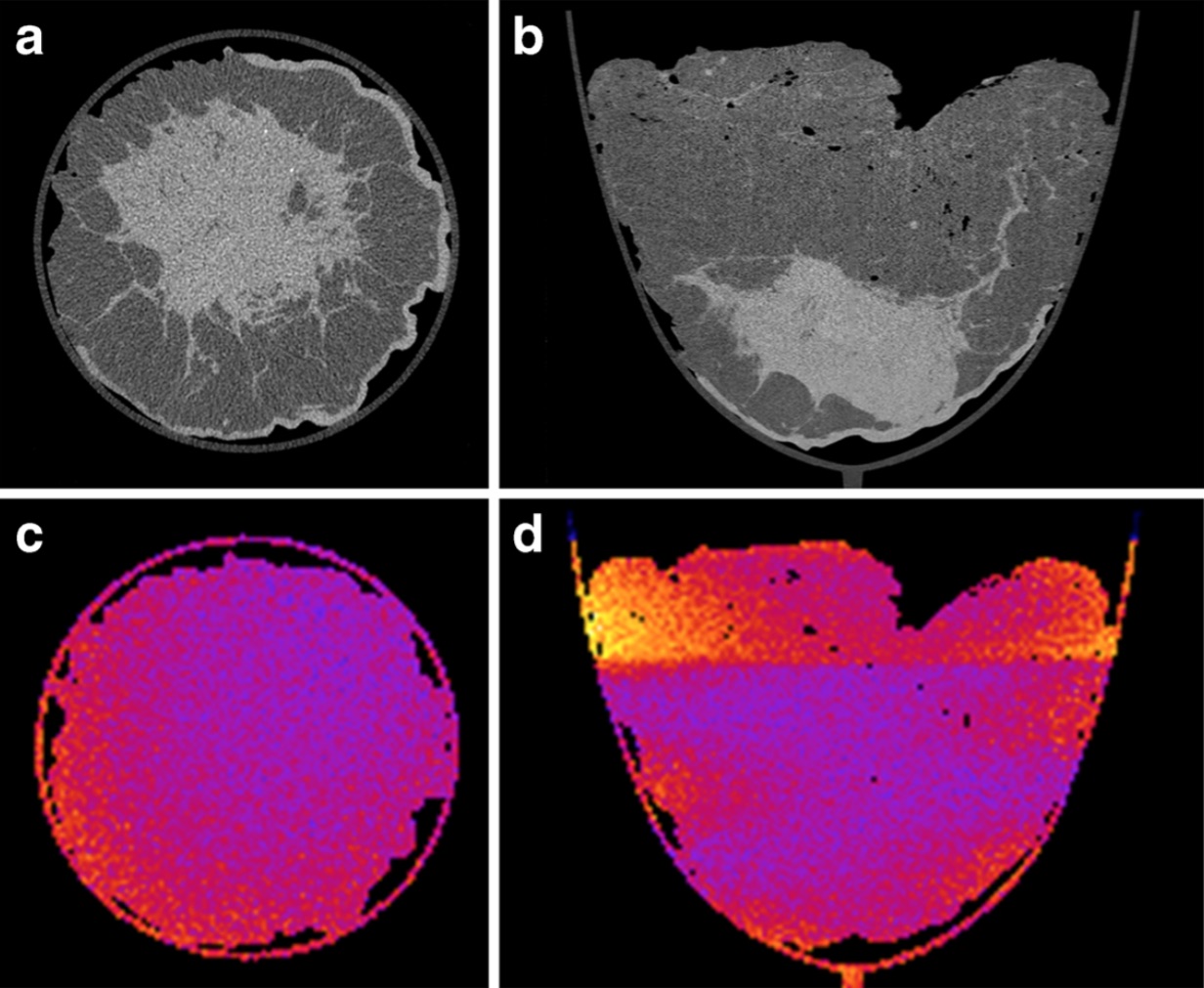 The prototype scanner has a pixel resolution of 100 microns and average dose levels of 5 mGy, both of which are approximately double the values of current FFDM systems. Testing was done on lumpectomy and mastectomy specimens (see CT images at left top row, and dose images at left bottom row, © European Radiology) and the authors reported that their photon-counting BCT system showed excellent detection of micro-calcifications, performing far better than both FFDM and DBT. They concluded  “The general advantage of CT slice imaging over projection imaging with respect to visibility of structure details and the availability of interactive 3D reading tools contribute to this.”

So, what is the likelihood that photon-counting BCT will replace the now ubiquitous DBT systems that are proving to be increasingly popular for breast cancer screening? First, there will be the challenge of imaging the axillary region where the lymph nodes are located (note the woman above is young and agile), and second, companies like Koning and CT Imaging will have to find a way to manufacture systems that are competitively priced.