For the Greatest Benefit to Mankind 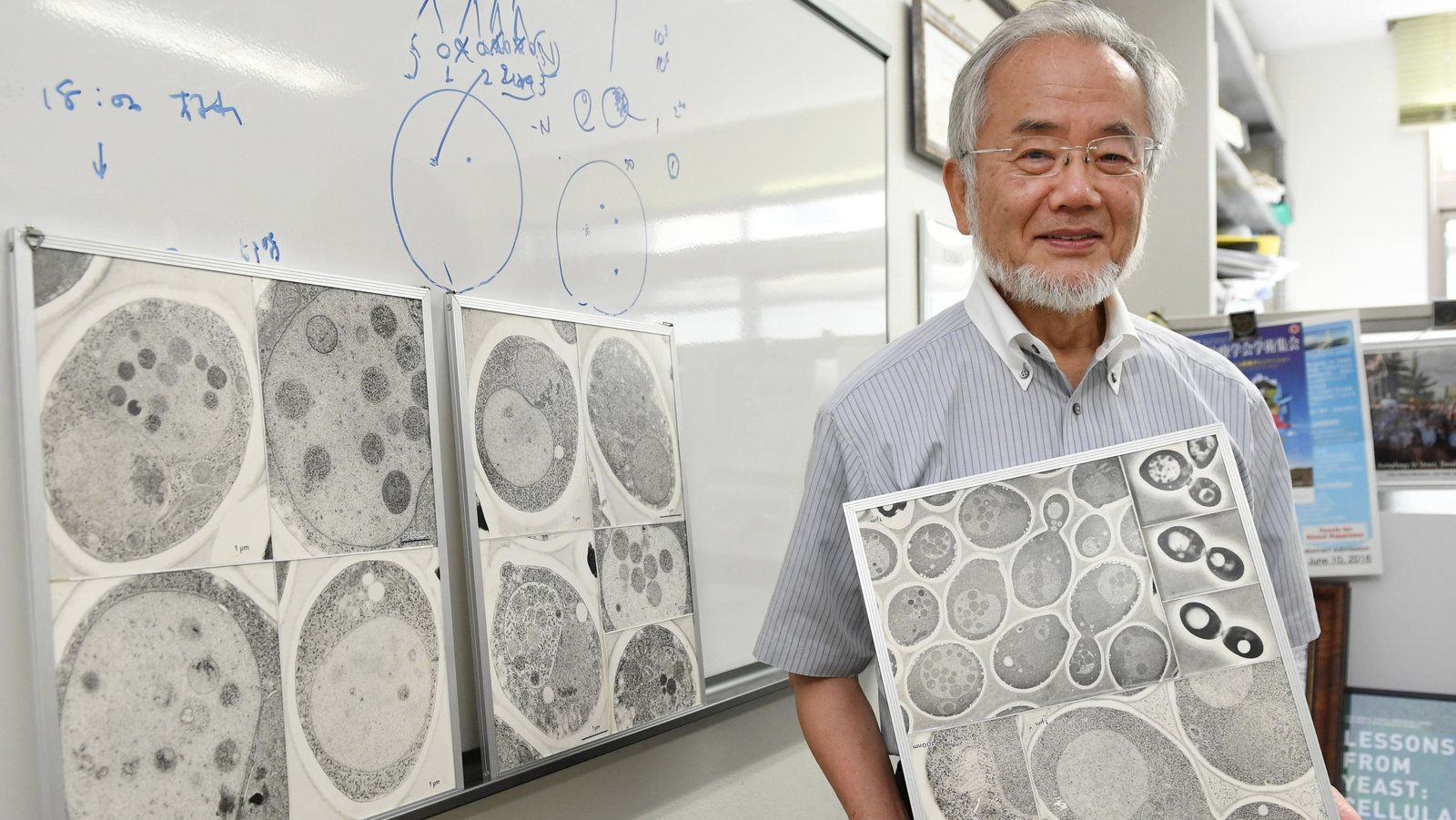 When Alfred Nobel, the inventor of dynamite, died on 10 December 1896, he left the bulk of his considerable estate for the award of annual prizes to scientists whose discoveries had contributed “the greatest benefit to mankind.” Earlier this week, seven researchers received a life-changing call from Stockholm, to share the news that each had been awarded the Nobel Prize for 2016.

On Monday, Yoshimori Ohsumi (seen above right), professor emeritus at the Tokyo Institute of Technology, heard that he had won the prize in physiology or medicine for his description of “autophagy” – a fundamental process used by cells to degrade and then recycle parts of themselves. Unusually, he was the only person so honoured, despite the rules allowing up to three people to be recognized. When genes that control autophagy mutate they can cause a variety of disorders, including diabetes, Parkinson’s disease and cancer. Ohsumi’s discoveries have now led to intense research to develop drugs that can target autophagy in different diseases.

On Tuesday, the prize for physics was awarded to three theoreticians of British origin – David Thouless, Duncan Haldane and Michael Kosterlitz – for their insights into the unusual behaviour exhibited by matter such as superconductors and superfluid films. Their research relied on the mathematical field of topology in which properties can only change in integer steps. As seen in the diagram above left (© Royal Swedish Academy of Sciences), different items have a certain number of holes and are said to be “topologically invariant.” Using these concepts, the scientists were able to explain phase transitions, especially in extreme magnetic fields or very cold substances, with practical applications in electronics and computing. 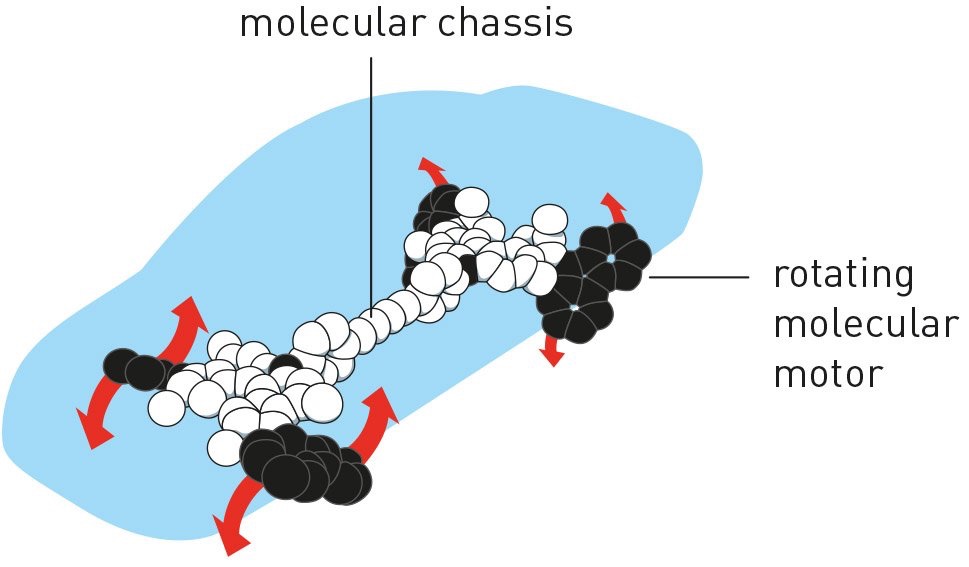 On Wednesday, the prize in chemistry was awarded to three scientists – Jean-Pierre Sauvage, Fraser Stoddart and Bernard Feringa – for their groundbreaking research on molecular machines that are miniature, man-made structures which have moving parts capable of performing useful tasks. In 2011, Faringa and his research group in Groningen, Netherlands, built a four-wheel drive nanocar illustrated at right (© Royal Swedish Academy of Sciences). According to a committee member, the three laureates “have opened this entire field of molecular machinery. They have mastered motion control at the molecular scale.”

On 10 December 2016 – exactly 120 years after Nobel’s death – the seven men will receive their gold medals from King Carl XVI Gustav of Sweden. Although speculative, it is possible that at least one of their discoveries will lead to improved methods for diagnosing and treating breast cancer.