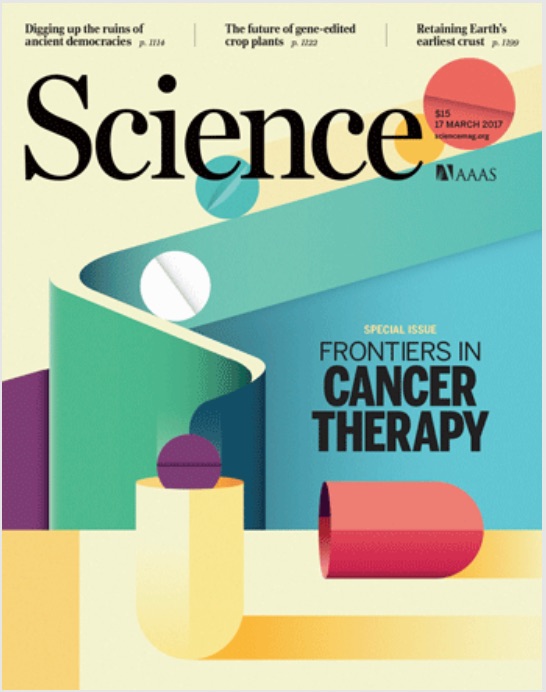 Today’s edition of Science includes a special section on cancer therapy with the revealing subtitle, “Stocking oncology’s medicine cabinet.” As the introductory editorial explains, cancer is a complex disease in which genetic variations that influence tumour growth can fluctuate not only between patients but within different areas of a single tumour. The editors are optimistic that new cancer drugs, with different mechanisms of action are in the pipeline, and believe that “clinicians will continue experimenting with combinations of drugs, which history has shown can be more effective than treating with single agents.”

Jocelyn Kaiser explores the notion that “less is more”, in which some oncologists are adopting a strategy – considered to be heresy in the cancer treatment world – where instead of taking daily pills, patients receive their drugs intermittently. She quotes Robert Gatenby who studied high-dose chemotherapy in mice implanted with human breast tumour cells and lowered the dose after the tumours began to shrink. The tumour size remained stable for six months, much longer than the animals on continuous dosing. Gatenby has had similar success with ovarian cancer and is now planning human trials.

Since cancer biology is influenced by changes in the epigenome – the chemical compounds that control the DNA and proteins of an organsim – Mark Dawson describes how the past decade has seen an “unprecedented investment in the development, characterization, and translation of targeted epigenetic therapies.” He reviews the cellular and molecular mechanisms that govern sensitivity and resistance to these agents and considers the rationale for combination therapies. 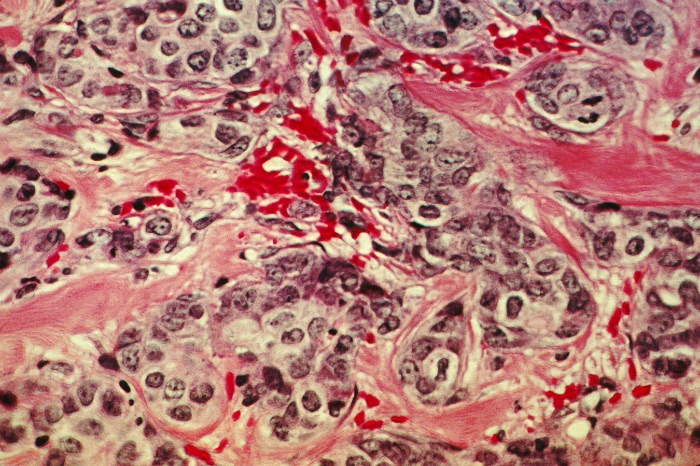 A genetic concept proposed nearly a century ago – known as synthetic lethality – is the inspiration for a cancer drug known as PARPi that may be used to treat breast and ovarian cancers in patients with BRCA1 and BRCA2 genes (see breast cancer cells at left, © Cecil Fox, NIH). Christopher Lord and Alan Ashworth discuss our current knowledge of PARPi and explore ways to maximize its clinical effectiveness. The last article in Science is contributed by Jemilat Salami and Craig Crews who review examples of cancer drugs that degrade specific proteins and then show how small molecules may be designed and tested to induce selective degradation of target proteins.

Finally, the University of Cape Town has just announced a joint venture with BGM Pharma and the Nuclear Energy Corporation of South Africa to commercialize a novel protein called GluCAB that will be used to diagnose and treat malignant tumour cells. Developed by Cathryn Driver for her PhD, this theranostic protein has the potential to make a major contribution to our country’s healthcare system.