Has Screening Made a Difference?

Senior executives from CapeRay, the Industrial Development Corporation (IDC) and The Beijing Axis are currently visiting China to explore the globalisation of CapeRay’s patented dual-modality imaging technology that’s designed for early detection of breast cancer. This initiative coincides with a report in China Daily this Wednesday which stated that new cases of malignant breast tumours are now the most commonly occurring cancers in Chinese women. According to the Chinese Society of Clinical Oncology (CSCO), the five-year survival rate for breast cancer patients in China has reached 83%, up 7.3% over the past decade.

To understand whether screening – which has been gradually introduced in China over the past 20 years – has been the reason for this improvement, we turn our attention to the United States. The May 1st issue of Cancer has just published a paper entitled “Breast cancer deaths averted over 3 decades” in which the authors analysed a national database known as SEER (Surveillance, Epidemiology, and End Results). As seen below left (© American Cancer Society), the age-adjusted breast cancer mortality rates for women aged 40 to 84 have decreased steadily since 1989. Edward Hendrick and his co-authors sought to answer the question: how many breast cancer deaths have been averted by screening mammography and improved treatment in the past three decades? 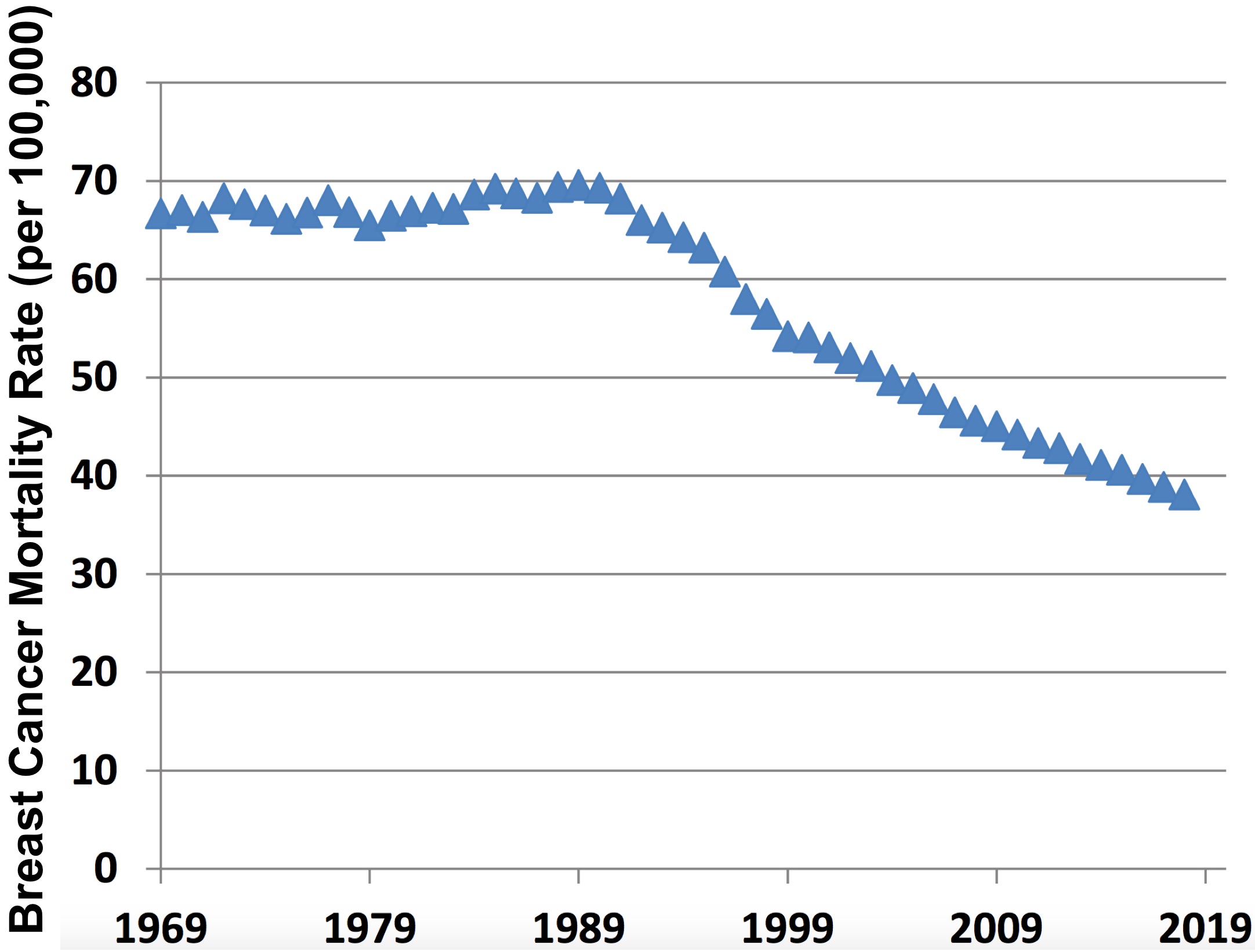 The figure below right (© ACS) illustrates the estimated cumulative breast cancer deaths averted by year since 1989 for the four different assumptions about background breast cancer mortality trends. Over the past three decades, between 384,000 and 614,500 breast cancer deaths have been averted in the United States through the use of mammography screening and improved treatment.

As acknowledged by the authors, there are a number of limitations with their study. First, they made no attempt to estimate the separate contributions of screening versus advances in treatment, although others have shown the contributions to be similar. Second, the SEER database does not specify whether a woman attended screening within one year of her diagnosis. Third, the study only estimated cancer deaths averted since 1989 although mammography and improved treatment such as tamoxifen were available in the 1980s. Despite these limitations, it is clear that screening has indeed made a difference.