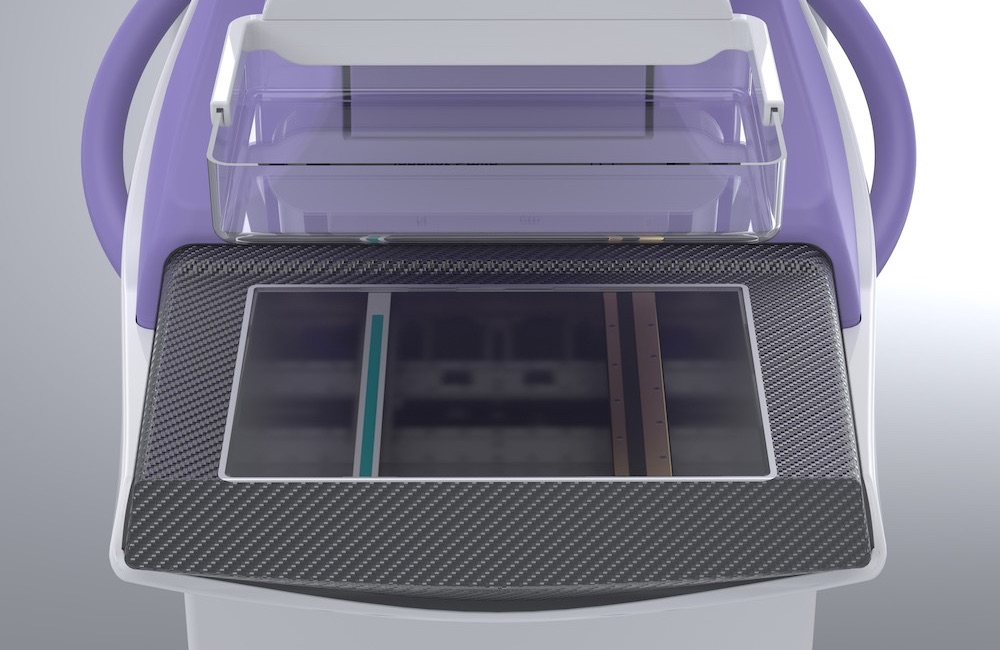 Fifteen years ago, Peter Dempsey wrote a fascinating article on the history of breast ultrasound that appeared in the Journal of Ultrasound in Medicine, highlighting the work of John Wild who, in the early 1950s, pioneered the development of both hand-held ultrasound (HHUS) and automated breast ultrasound (ABUS). Wild was less interested in using the two imaging modalities to screen for breast cancer, since his focus was on distinguishing between malignant and benign lesions. In the August 2019 issue of Ultrasound in Medicine and Biology, two researchers from Beijing – Liang Wang and Zhen-Hong Qi – have just published a review of HHUS vs ABUS on the same topic.

Although ultrasound lacks the spatial resolution of full-field digital mammography (FFDM) and digital breast tomosynthesis (DBT), it is capable of penetrating and distinguishing tissues of different densities remarkably well. From a screening point of view, HHUS is time-consuming – taking 20 to 30 minutes per patient – and, since it relies on the skill of the operator, suffers from repeatability problems. As a result, ABUS devices have been developed and commercialized in the past fifteen years. 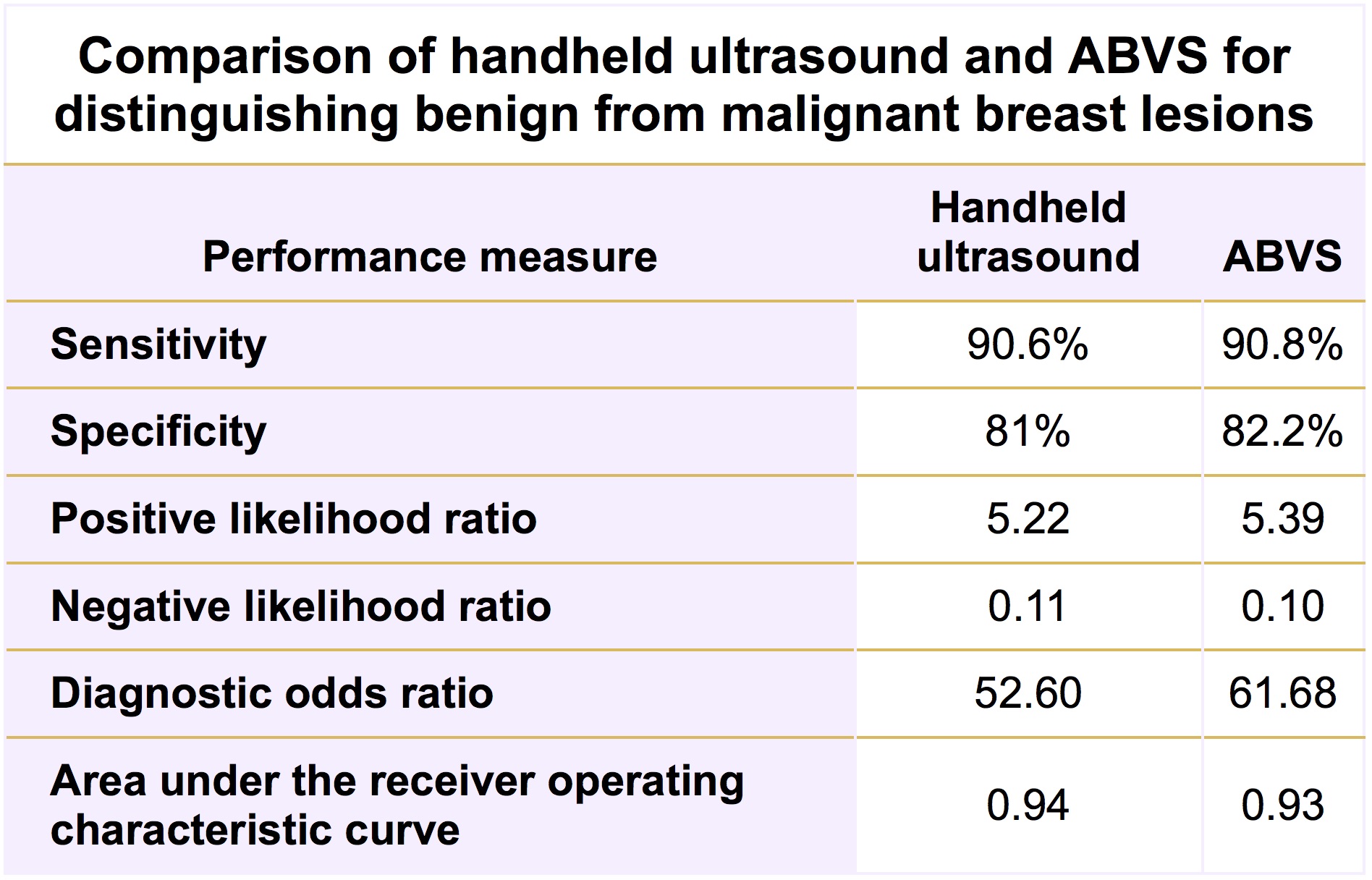 Three companies – GE Healthcare, Siemens and SonoCiné – whose designs are based on the supine position, and another two manufacturers – Delphinus and QT Ultrasound – whose designs are based on the prone position, have secured FDA clearance for their systems to be deployed as an adjunct to mammography. A sixth company – CapeRay – has developed a system that has the CE Mark, integrating ABUS and FFDM in the same device called Aceso (see above right), where the woman is in the standard vertical mammographic position.

The analysis by the two Chinese investigators included nine separate studies encompassing 1,744 patients with 1,985 lesions, of which 628 were malignant and 1,357 were benign. As seen in the table above left (© AuntMinnie.com), they evaluated six performance measures: sensitivity; specificity; positive and negative likelihood ratios; diagnostic odds ratio; and area under the receiver operating curve (ROC). While cautioning that their results were based on grayscale ultrasound images – rather than functional information produced by elastography or Doppler – they concluded that HHUS and ABUS produced very similar results.

They wrote: “Conventional HHUS has several inherent limitations, including the operator dependence and the time required for whole-breast examination. In contrast, ABUS has several advantages over HHUS, such as higher reproducibility, less operator dependence, and less time required for image acquisition.” They also commented that ABUS has a further advantage since it is inherently three-dimensional and can display morphological information in the reconstructed coronal plane. Their conclusion? ABUS is superior to HHUS for differential diagnosis.