How Do Investors Value a Business?

Apple Inc. was recently reported to be the world’s most valuable business. With a market capitalization of $344 billion, it is worth more than the oil giant Exxon and has greater cash reserves than the US Federal Government! With publicly listed companies, where the share price and number of shares in circulation are known, it is a simple task to calculate a company’s value. But what about privately held companies or start-ups with a limited track record?

In our own industry, namely the use of digital mammography for breast cancer diagnosis, there have been two recent stories that caught our attention. Dexela, a London-based developer of flat panel X-ray detectors based on complementary metal-oxide semiconductor (CMOS) technology, was purchased by US healthcare company PerkinElmer. Formed in 2005, Dexela pioneered digital breast tomosynthesis algorithms while its CMOS panels have applications in mammography, dental computer tomography, cardiology and non-destructive testing (NDT). Although the selling price was undisclosed, the major shareholders of Dexela – Albion Ventures and the London Technology Fund – invested about $8 million and were expecting a three times return on their investment, suggesting a sales price of almost $25 million. 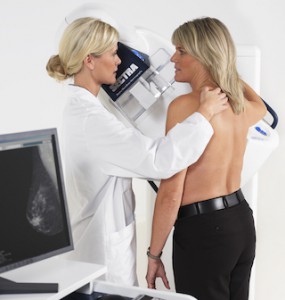 On 1 September 2011 Philips Healthcare of the Netherlands purchased the mammography division of Sectra, a Swedish-based manufacturer of digital X-ray equipment and PACS (picture archiving and communications systems) technology, for $82 million. Their MicroDose full-field digital mammography systems (see photo) use photon-counting sensors that are designed to reduce radiation dose to the patient. Since Sectra is traded on the NASDAQ exchange, its market capitalization is known, as is the profitability of its various divisions, including mammography.

PerkinElmer and Philips would have used a variety of methods to value Dexela and Sectra’s mammography division, respectively. Most valuation methods can be distilled into three basic approaches – assets, market and income – with the income approach being most widely used. For start-up companies the “net present value” is often employed, where future projected cash flow is “discounted” back to its current value.

Despite all the hype, however, the value of a business is what a buyer is willing to pay for it and what the seller is prepared to accept.