I’ll See You in Court! 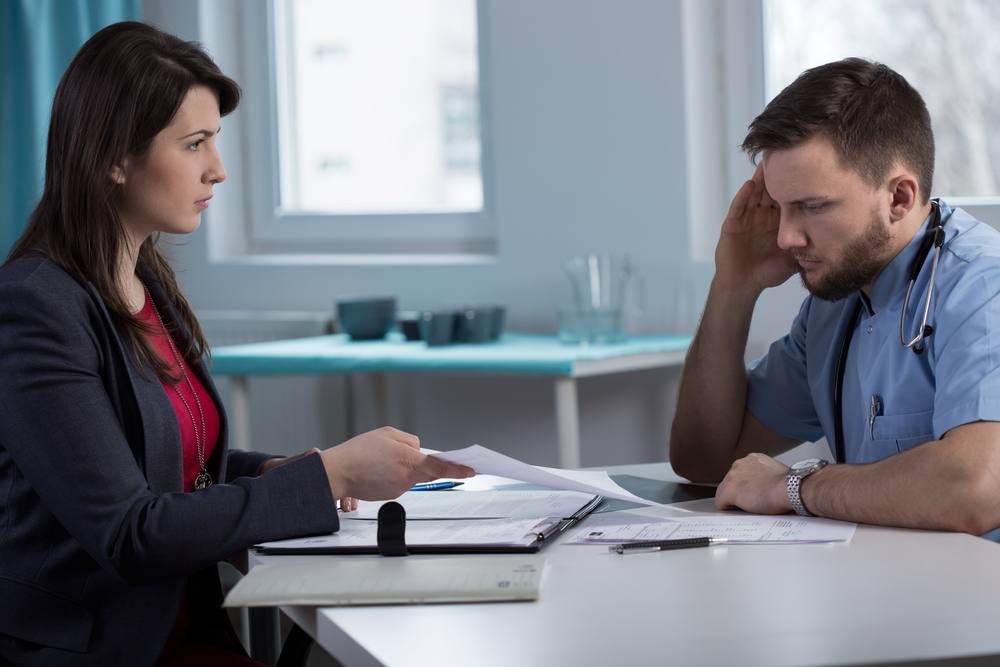 We recently reviewed the false-negative conundrum and the devastating consequences for a woman if a malignant breast tumour is missed at screening. Of course, the conundrum – defined as “a confusing and difficult problem or question” – can also be devastating for the radiologist who missed the diagnosis. The Independent newspaper in the UK has recently reported the case of Dr Kong Fa Lan, a radiologist who has been allowed to continue practising despite being at the centre of a breast screening scandal.

In mid-2012, a 46-year-old woman was referred by her general practitioner (GP) to Ipswich Hospital after suffering pain and nipple discharge for six months. Dr Lan carried out a mammogram and an ultrasound examination, concluding there was no evidence of abnormality, although he did identify a small mass which he thought was a lymph node. However, in September 2014 the woman’s GP urgently referred her again to the same hospital, and this time Dr Lan performed a biopsy which confirmed she had a malignant tumour.

An expert appointed by the General Medical Council (GMC), which regulates the professional conduct of doctors in the UK, found there were significant failings in the way Dr Lan reported the original imaging results, but the GMC nevertheless concluded that no further action was required. The patient, who suffered excruciating pain between her two visits to the hospital, was understandably upset, and commented: “It makes me so angry to think I could have died because this cancer wasn’t treated for 14 months after I was first seen by Dr Lan.” She decided to sue the Ipswich Hospital Trust, claiming the delay caused serious complications and had shortened her life expectancy.

In the USA, which is particularly litigious, there are numerous well-documented cases where failure to detect breast cancer has led to a lawsuit. The Medical Liability Mutual Insurance Company (MLMIC) reported the case of a 53-year-old patient who was post-menopausal and taking hormone supplements, and the radiologist, despite seeing a suspicious nodule on her annual mammogram, failed to follow up properly with the referring doctors. The woman subsequently sued all her doctors whose insurers settled for $1.85 million, although she died shortly thereafter of metastatic breast cancer.

Recognising that screening mammograms can miss cancer, over 30 states in the USA have enacted legislation that requires radiologists to inform patients if they have dense breast tissue. What is now required are innovative imaging solutions – such as CapeRay’s dual-modality Aceso system – to solve the false-negative conundrum.