In Pursuit of the Perfect Design 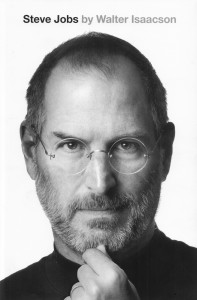 In March 2009 Steve Jobs lay in a hospital bed in Memphis, Tennessee, recovering from a liver transplant. As he floated in and out of consciousness, he was sufficiently alert to pronounce his oxygen mask “totally unacceptable.” His reason? The design was flawed he told the medical staff, asking to see some other options. His wife managed to distract him long enough for the nurse to apply the mask but not before he had critiqued another piece of medical equipment, the oxygen monitor that was attached to his finger. He was certain he could come up with a better, far simpler design.

This anecdote about the iconic co-founder of Apple appears in the best-selling biography by Walter Isaacson, entitled simply, Steve Jobs. Jobs’s obsession with elegant design is a thread that runs through the book. As Michael Rosenwald writes in The Washington Post, “It is on the one hand a history of the most exciting time in the age of computers, when the machines first became personal and later, fashionable accessories. It is also a textbook study of the rise and fall and rise of Apple and the brutal clashes that destroyed friendships and careers.”

In his quest to “put a dent in the universe” Steve Jobs operated within a fantasy zone – a “reality distortion field” as his colleagues called it – and this often led to conflicts with his staff. Of course Jobs wasn’t the only person creating the innovative products and the book identifies others at Apple whose contributions were responsible for bringing to life products they never dreamed were possible. 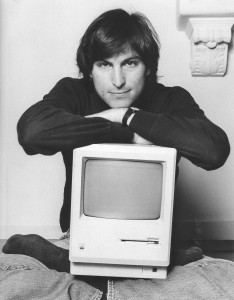 When Jobs underwent a routine CT scan for his kidneys in 2003, a rare form of pancreatic cancer was detected. Sadly he waited nine months before the neuroendocrine tumour was surgically removed, leading some to speculate that he might have survived more than eight years had he sought immediate treatment.

At CapeRay we have adopted the Mac Pro, iMac, MacBook, Mac Mini, iPhone and iPad as the platforms on which we not only run our business but also as a model for how we want our products to look and work. It is our fervent desire that the PantoScanner, inspired by the example of Steve Jobs and his team at Apple, will lead to the early diagnosis and successful treatment of women with breast cancer.