In the Twinkling of an Eye 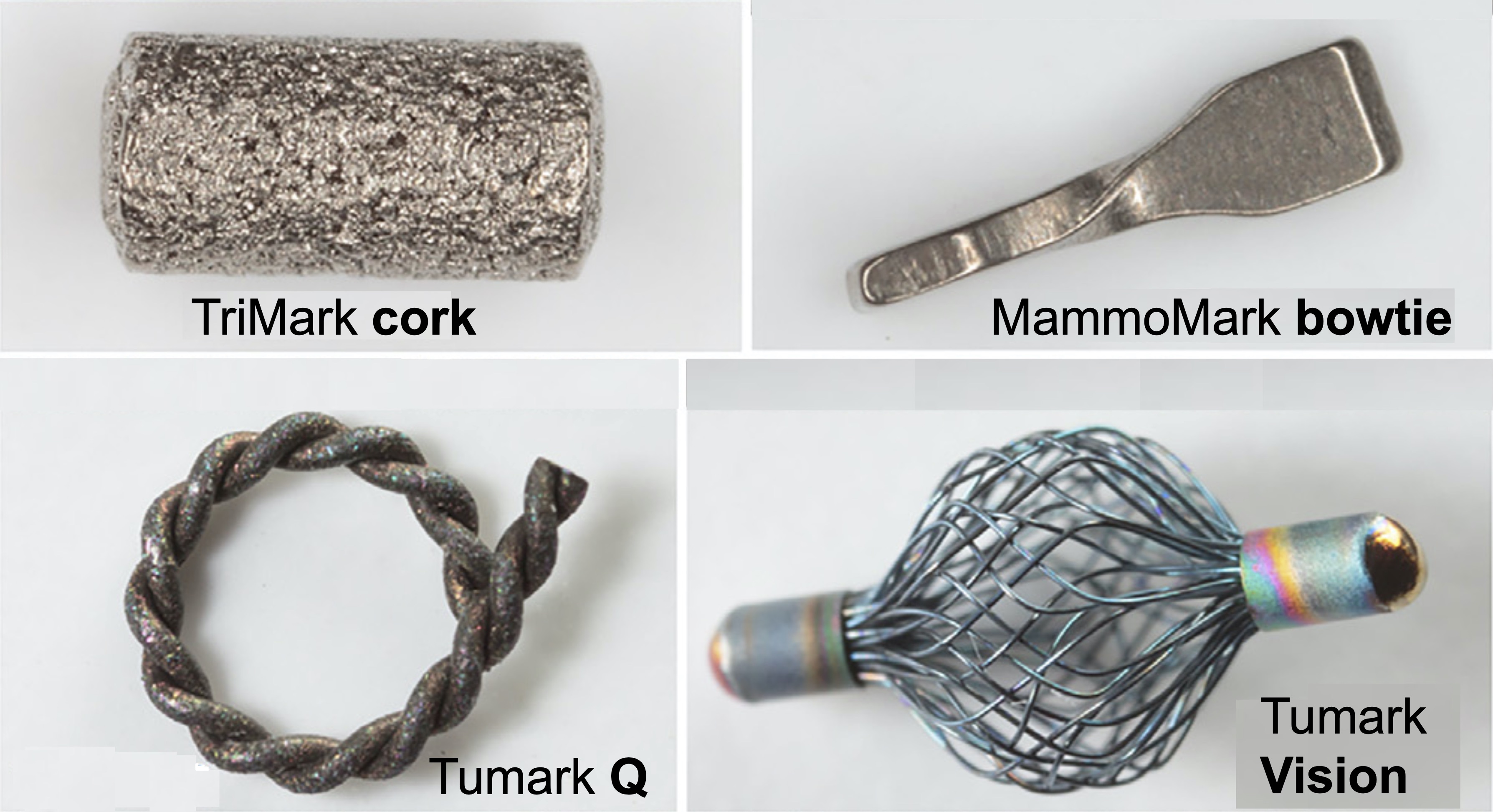 The expression “in the twinkling of an eye” has its origins in the Bible in 1 Corinthians 15:52, and simply means that something happens very rapidly. In the field of medical imaging the “twinkling artifact” refers to the appearance of rapid, but random colour variations seen in pixels that are adjacent to an object of interest during the acquisition of Doppler ultrasound images. Rather than being a distraction, the twinkling artifact can serve as a useful tool in the diagnosis and monitoring of diverse clinical entities, including breast cancer.

Neoadjuvant therapy refers to the systemic treatment of breast cancer prior to definitive surgery and can last up to three months, where the aim of the chemotherapy is to shrink the size of the tumour prior to surgical excision. Before commencement of the therapy, the radiologist will insert a metallic clip in close proximity to the lesion to mark its location. While these clips (seen above right, © Elsevier) are readily visible with X-rays, they are not easily seen on ultrasound, a preferred imaging modality to monitor the patient’s progress during neoadjuvant therapy.

A group based at the Mayo Clinic in Minnesota has just published a paper in Ultrasound in Medicine and Biology, exploring the use of ultrasound colour Doppler twinkling to identify biopsy markers in the breast and axilla. The researchers hypothesized that “the surface roughness of biopsy clips would elicit a twinkling signature on colour Doppler, making them more readily identifiable by ultrasound.” In all, 12 biopsy markers were tested in three environments – a container of ultrasound gel, a pork belly sample, and a female cadaver – while one marker was tested in a patient with invasive lobular carcinoma.

Twinkling was evaluated visually on a scale from 0 to 4 (seen above left, © Elsevier), while surface roughness of the clips was measured using a 3D optical profiler. As seen below right (© Elsevier), there was a clear trend between surface roughness and twinkling score, although the correlation was not statistically significant. The researchers acknowledged that there was considerable scope for optimisation of the ultrasound scanning parameters to elicit a twinkling response. 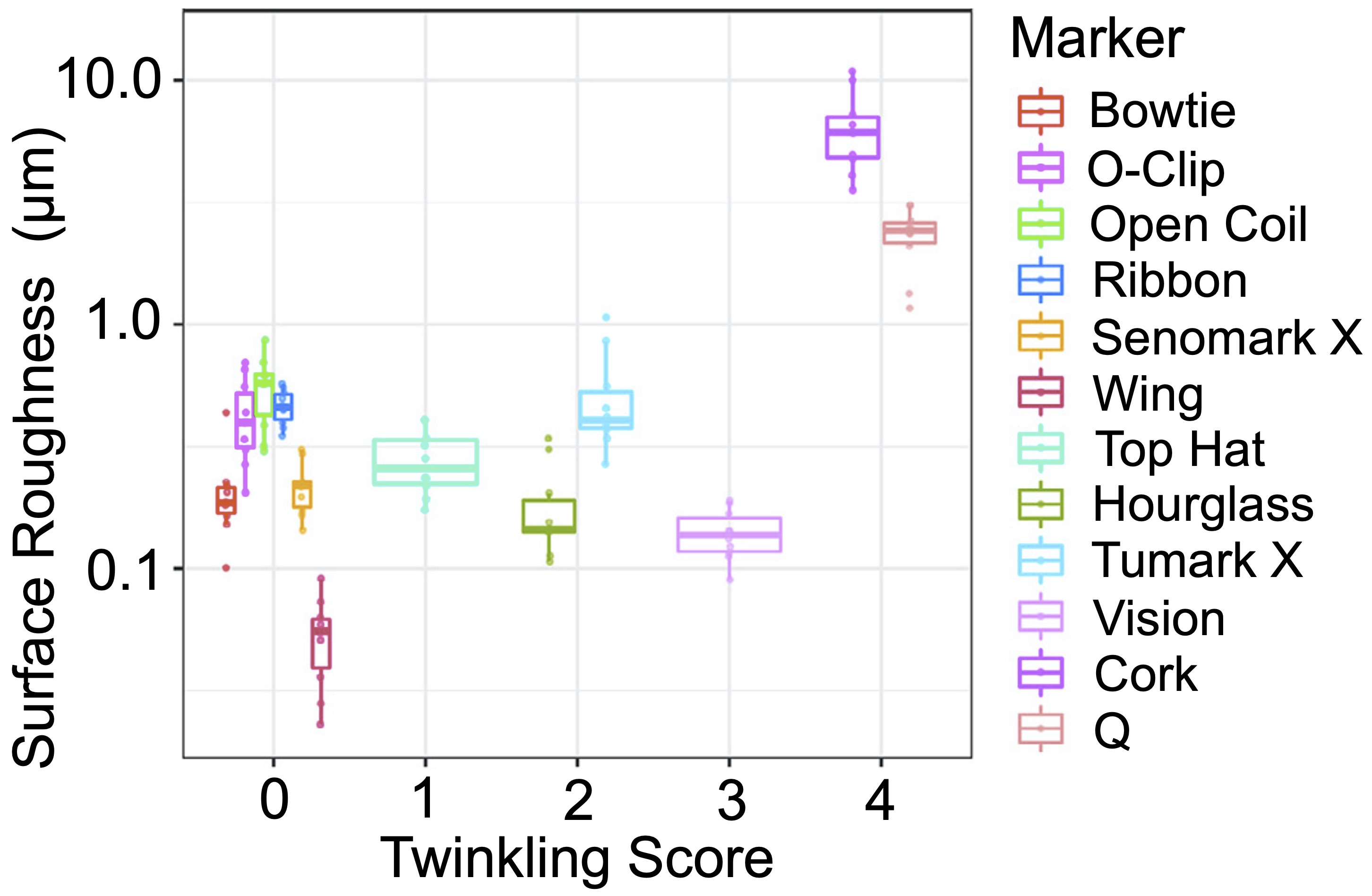 They further acknowledged there could be sources of false-positive twinkling in the breast – such as microcalcifications – but said these were less likely to occur in the axilla where marker identification could be particularly challenging. The link between surface roughness and twinkling score in some biopsy markers (such as Cork and Q seen at right) suggests this technique, which is readily available on most ultrasound scanners, could be a useful clinical tool – in the twinkling of an eye!