To Ignore the FDA is Pure Folly 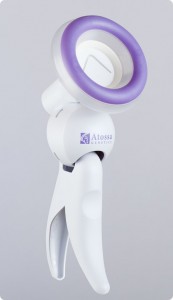 On 20 February 2013 Dr Steven Quay, founder and CEO of Atossa Genetics received a warning letter from the FDA. Although Quay responded three weeks later, assuring the FDA that he would address their concerns, his company continued to market and sell their products in the USA. Earlier this week, Atossa, which is listed on the NASDAQ stock exchange, issued a voluntary recall to remove all their Mammary Aspiration Specimen Cytology Test (MASCT) devices and their ForeCYTE breast health tests from the market.

Georgios Papanikolaou is best known as the doctor who developed the eponymously named Pap smear test to detect pre-cancerous cells in the cervix. He subsequently conducted research on the cells in fluid leaking from women’s breasts — known as nipple aspirate fluid or NAF — and concluded this could be a powerful tool for the early detection of breast cancer. This is the basis for the diagnostic test developed by Atossa Genetics whose name was inspired by the ancient queen of Persia who in 440 BC was struck by a malevolent form of cancer — a bleeding lump in her breast — and in desperation persuaded a slave to take a knife and excise the tumour.

The MASCT device (above right) is a hand-held pump that enables NAF to be collected in sufficient quantity and with minimal discomfort, and then transferred to the ForeCYTE test kit (below left). The specimens are then returned to Atossa for analysis. Since the majority of breast cancers originate within the mammary ducts, this approach to early diagnosis has a certain logical appeal. More than fifty years after the early work by Papanikolaou, there is ongoing research but the basic question still needs to be asked: Is this a credible screening substitute for mammography and ultrasound? 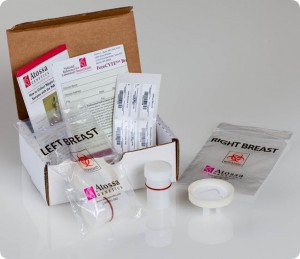 The FDA are clearly not convinced. They raised concerns about the indications for use and certain promotional and marketing claims. While Atossa stated they were unaware of any adverse incidents or injuries associated with the use of their devices, they were contrite in their admission that “These devices may produce false positive or false negative results. The ForeCYTE breast health test and the MASCT device are not a replacement for screening mammograms, diagnostic imaging tests or biopsies. Patients should follow the recommendations and instructions of their physician.”

So, despite Steven Quay’s optimistic claim that he “has solved the problem” of diagnosing cancer in dense breast tissue, for now at least the FDA has made its position clear.