A Pill to ‘Light Up’ Breast Cancer 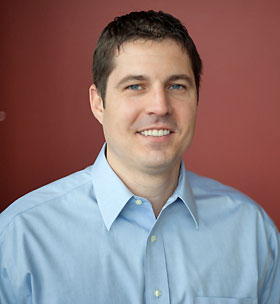 Breast cancer normally develops either in the ducts – the tiny tubes that carry milk to the nipple – or the lobules that are the milk-producing glands. For a malignant breast tumour to grow it needs nourishment that is provided by new blood formation in a process known as angiogenesis. These changes to both the anatomical structure and physiological function of the breast provide an ideal opportunity to use medical imaging for early diagnosis of cancer. One of the challenges faced by radiologists is that mammography – an X-ray of the breast – only reveals the underlying anatomy and so cannot readily distinguish between benign and malignant tumours.

Greg Thurber (above right) is a young assistant professor of chemical engineering at the University of Michigan who has just been awarded a prestigious Career Development Award by the National Science Foundation. His research group, which has a growing list of publications in important journals, focuses on the development of imaging molecules to facilitate screening, diagnosis, intra-operative imaging and monitoring of treatment. Ten days ago, the American Chemical Society, the world’s largest scientific society with more than 150,000 members, held its annual meeting in San Diego.

Thurber presented his group’s latest findings at the meeting and his paper, entitled “Disease screening pill for breast cancer”, was featured in a press release published on YouTube. He explained how they created a pill that can be taken orally and contains an imaging agent that fluoresces when exposed to near-infrared light. After being swallowed, the pill passes through the gastro-intestinal tract into the blood stream and the imaging agent then selectively binds to cancer cells or the blood vessels feeding the tumour. 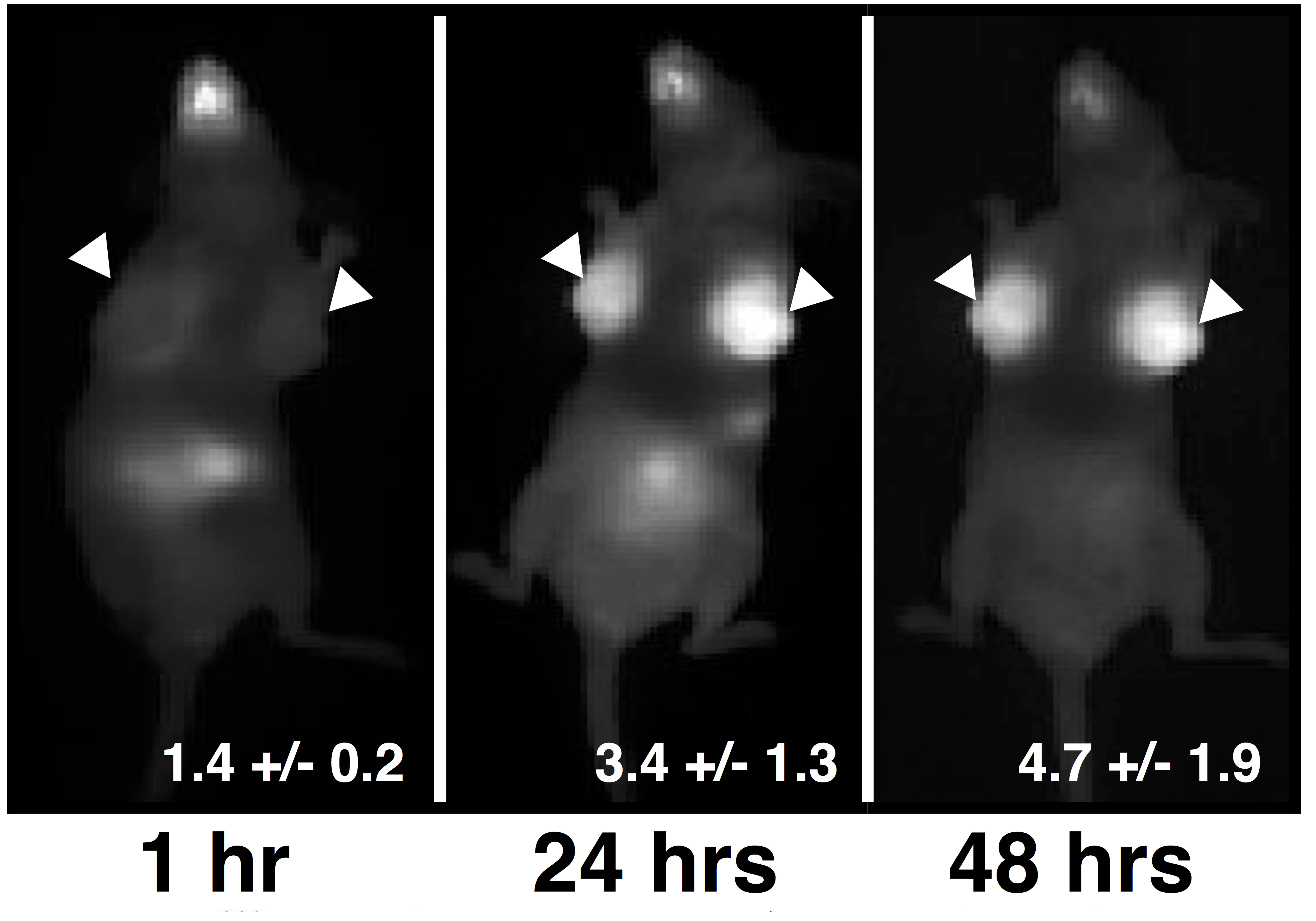 As seen in the image at left (© Thurber Lab), the pill was successfully tested in mice where the fluorescent signal from the tumour was far greater than the signal from the surrounding tissues. One of the potential limitations of the system is that near-infrared light can only penetrate through 1 to 2 centimetres of tissue – and some breast cancers can be considerably deeper than this – although Thurber was optimistic his technique can be paired with ultrasound to overcome the problem. He also acknowledged the challenge of scaling the pill from small animals to humans.

Thurber concluded: “The high image contrast should bode well for women with dense breast tissue whose mammograms are difficult to read. We are also designing the agent to specifically seek out aggressive tumours and distinguish them from slow-growing cancers, such as ductal carcinoma in situ.”