Posted on: December 25th, 2020 by admin
print
by Kit Vaughan and Gary Kantor 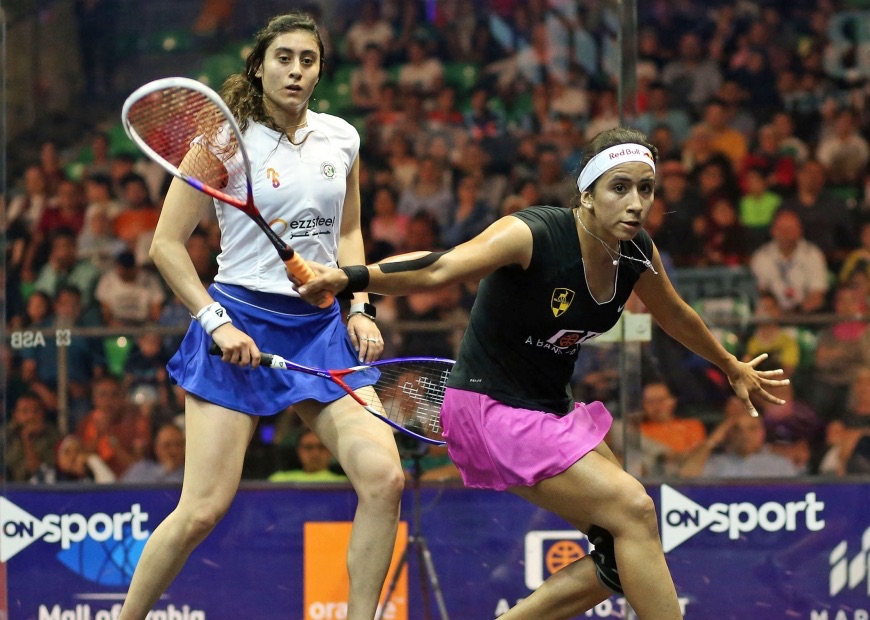 It was just over a year ago that the Springboks – South Africa’s national rugby team – stunned the sporting world by beating England 32-12 to win the Rugby World Cup. As 2020 draws to a close, another African nation – Egypt – has left an indelible mark on the world of squash. The top three places in the world rankings, for both women and men, are held by Egyptian players. Seen at right are world number one, Nour El Sherbini, and the second-ranked player, Nouran Gohar. We wondered if there were any lessons to be learned from this sporting success story and whether these could be applied to our own industry and setting.

Squash was invented at Harrow, a private boys’ school outside London, in the 1830s, and thereafter spread throughout the world, including Egypt. Squash courts were built for British colonial officers in Cairo and in Alexandria, 200 km north-west of the capital. While there were Egyptians who dominated the British Open championships in the 1930s and 1940s, it is only in the 21st century that their players have emerged as a significant force in world squash. 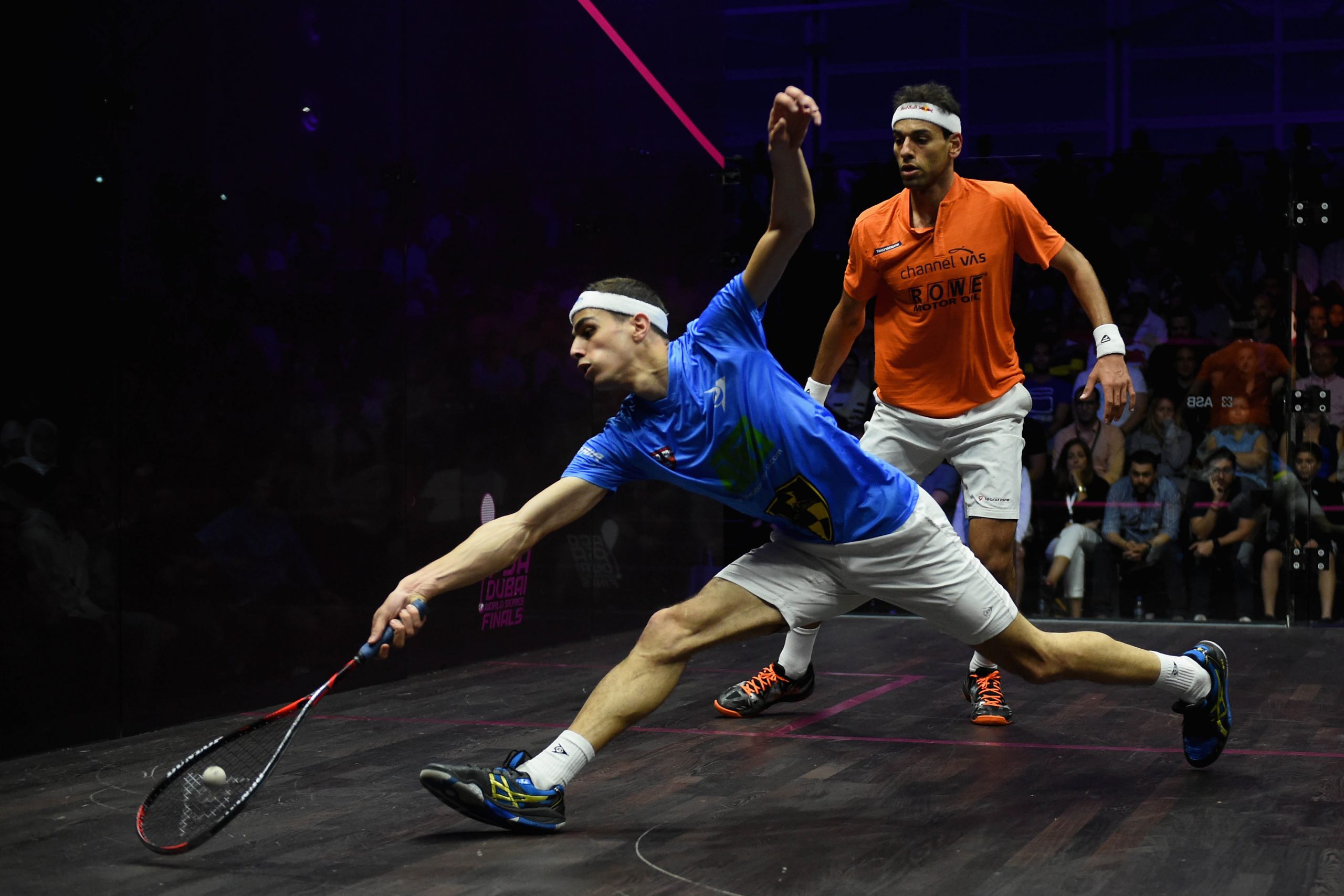 One of the keys to their success is concentrated quality: while the USA has 1.7 million squash players and 3,500 courts, Egypt has fewer than 10,000 players and only 400 courts. However, the best Egyptian players belong to just 10 clubs located in two cities, Cairo and Alexandria. For aspiring youngsters at these clubs, their proximity to the world’s best players means they learn very early what it takes to succeed and incorporate a dynamic Egyptian style of play where creativity triumphs over lengthy attritional rallies.

Another reason for Egyptian dominance is education, where the squash court serves as an avenue for entrance to prestigious universities in the USA and Europe. World number one, Ali Farag, seen above left playing the second-ranked player, Mohamed Elshorbagy (© Getty Images), earned a degree in mechanical engineering from Harvard before joining the professional tour. 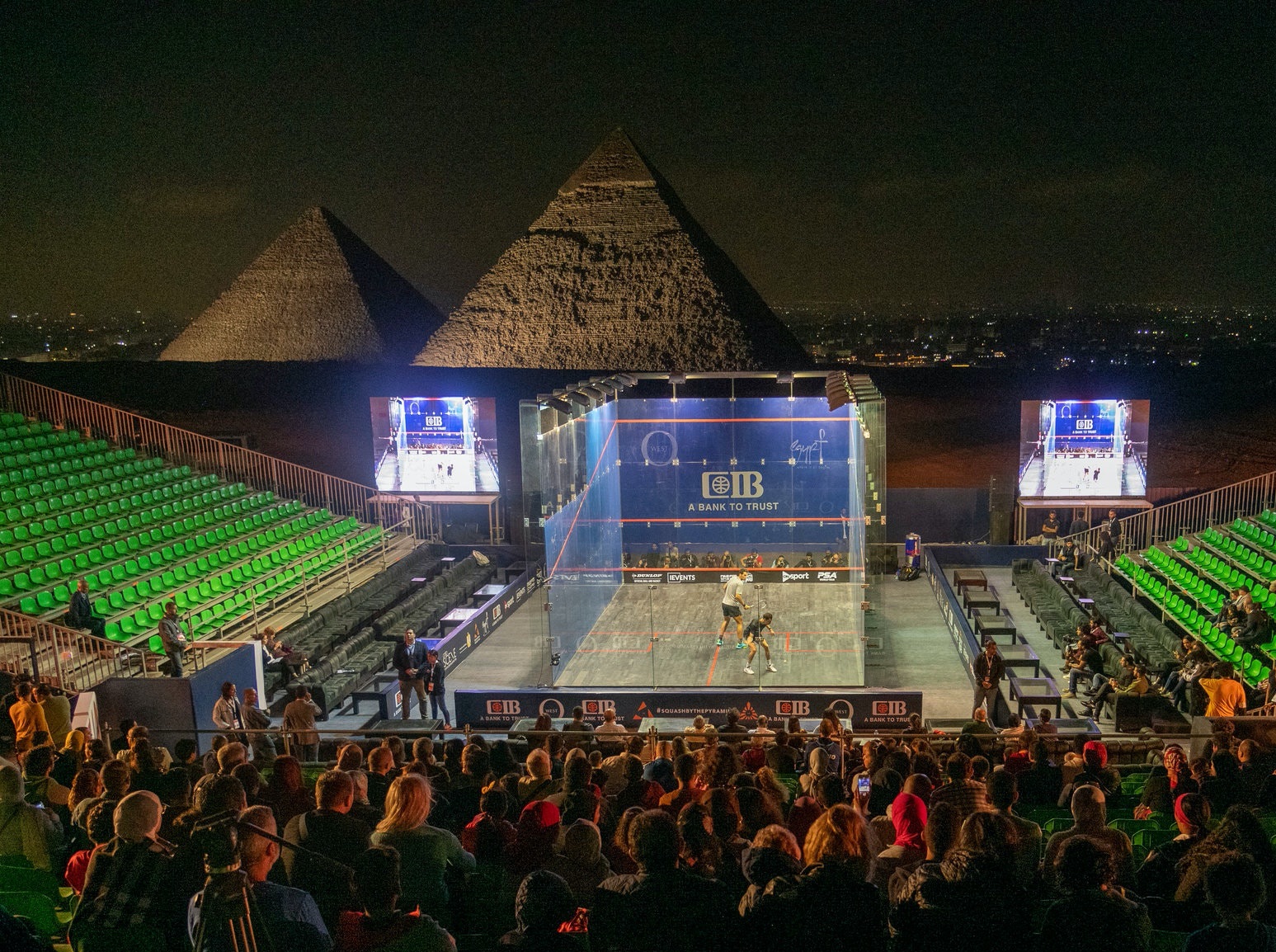 Finally, another source of inspiration for Egyptians is that squash’s most prestigious events take place on a spectacular all-glass court, at night, in the shadows of the Great Pyramids of Giza (seen right, © New York Times). International events held at this iconic venue, and squash overall, have had the enthusiastic support of the Egyptian government, first by former president Hosni Mubarak in 1999, and most recently by the Minister of Tourism and Antiquities.

All these lessons – the need for concentrated quality, creativity, education and government support – apply to the medical device industry which enjoys the spectacular setting of the Western Cape.