Closer to the Holy Grail

Seven years ago, we reviewed the progress in developing a blood test for the early detection of breast cancer. Thought to be the Holy Grail in screening, we concluded the technology was still immature and blood testing would not see widespread adoption until both sensitivity and specificity approached 100%. Well, it would appear that we might have moved closer to the Holy Grail with the publication this week of a breakthrough article in Annals of Oncology.

Funded by a company called GRAIL (see logo above), which pioneered the underlying technology, this multi-author paper describes the results for more than 50 types of cancer. The blood test also identifies in which tissue the cancer originated, in many cases before there are any clinical signs or symptoms. It could therefore help to diagnose tumours sooner when they are more amenable to successful treatment. Specificity was 99.3%, meaning that less than 1% of people would be incorrectly identified as having cancer, but the results for sensitivity were more variable. 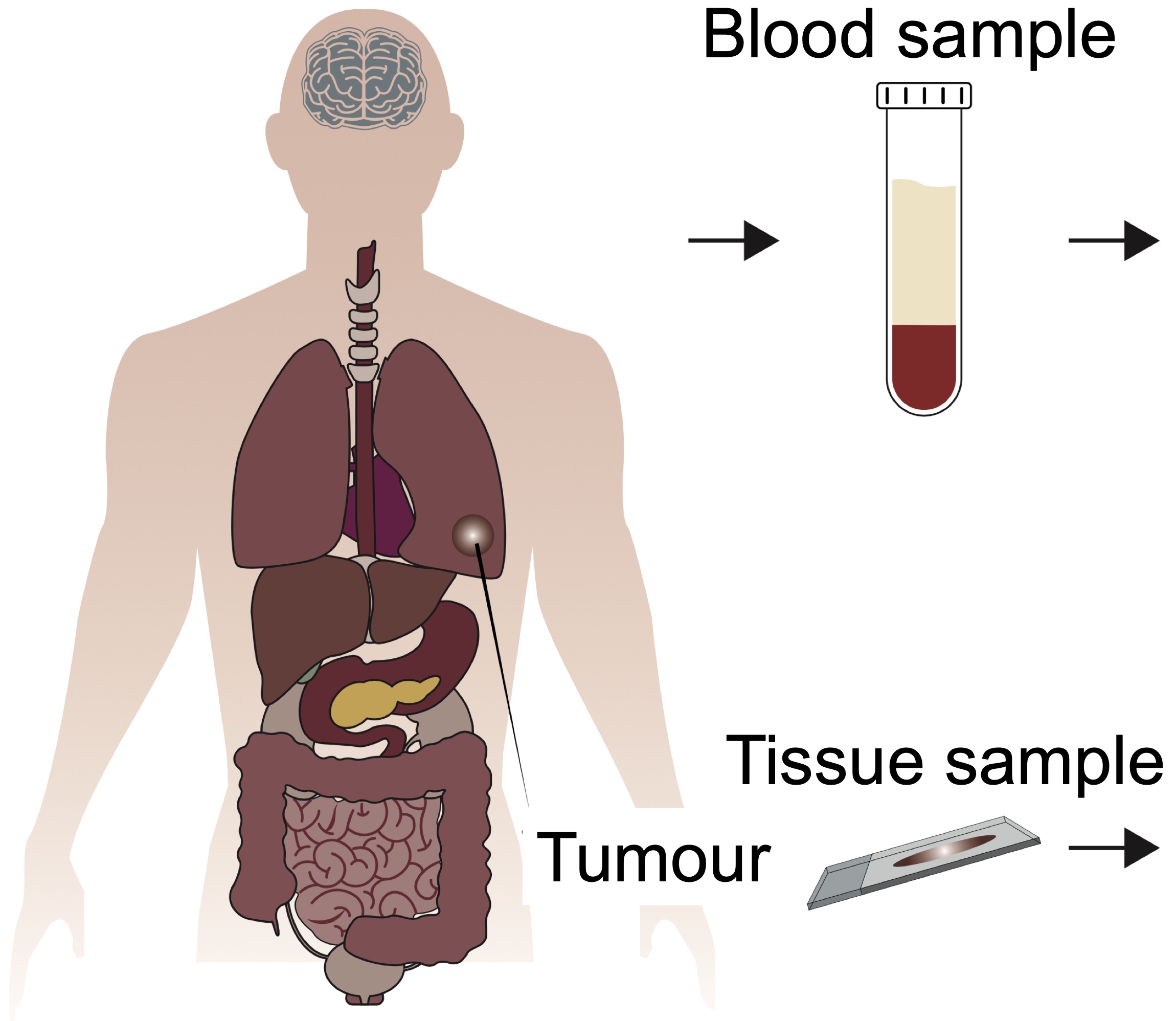 Since tumours shed DNA into the bloodstream, the test analyses chemical changes to the DNA known as methylation which controls gene expression. As illustrated at left (© European Society for Medical Oncology), a sample of blood, together with a tissue sample from the tumour, are gathered from the patient. The collected data form part of the Circulating Cell-free Genome Atlas (CCGA) and this study included samples from 6,689 participants – 2,482 patients with over 50 types of cancer and 4,207 subjects without cancer. These data were divided into a training set, used as input for a machine-learning algorithm developed by GRAIL, and a validation set.

The diagram below right (© ESMO) summarises the sensitivity of the technique in detecting breast cancer, for both the training and validation data sets. As can be seen, the algorithm performs extremely well for cancers that have already progressed to stages III and IV – for which 5-year survival rates are 60% and 20% respectively – but is far less successful for stages I and II where survival rates approach 100% when the patient benefits from early treatment. Ideally, one would like to see sensitivities for stages I and II to exceed 75%.

GRAIL has raised over $1.5 billion in venture capital funding over the past four years and espouses “a mission to detect cancer early, when it can be cured.” The company’s chief scientific officer, Alex Aravanis, enthused  “We believe that multi-cancer early detection has the potential to significantly reduce cancer mortality. This is a seminal moment in the field of cancer detection.” However, in the case of breast cancer, early detection by blood testing still has a way to go.