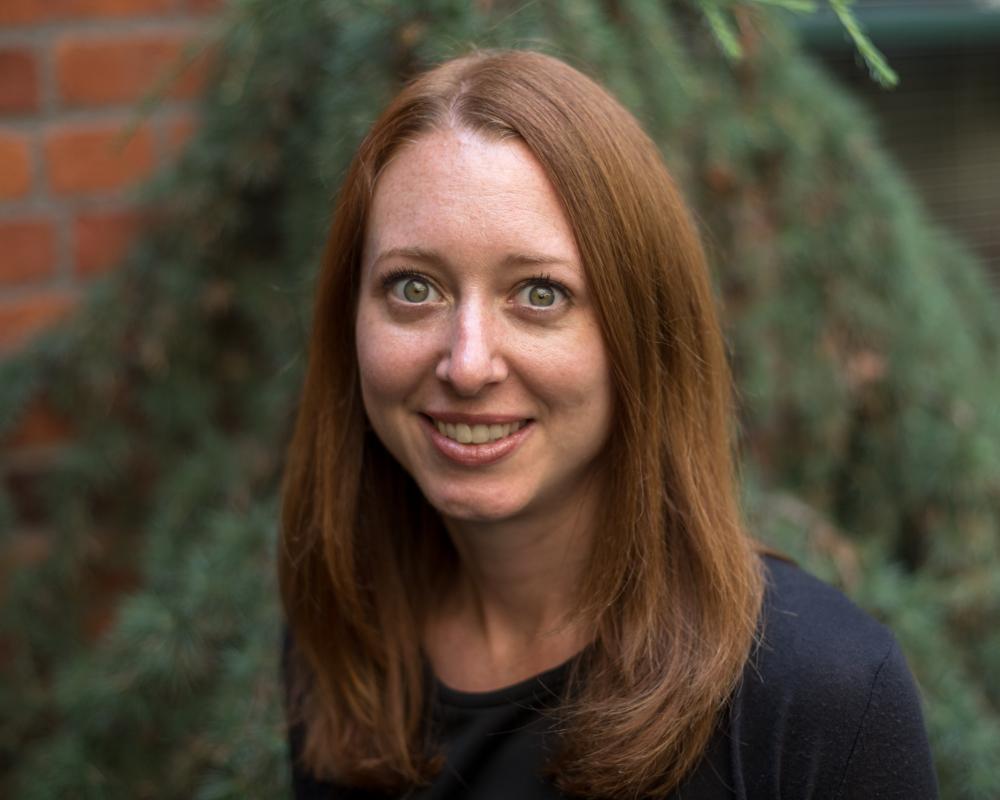 In a recent paper published in JAMA Network Open, Kathryn Lowry (seen right) asked the question: Does screening performance of digital breast tomosynthesis (DBT) vs full-field digital mammography (FFDM) differ by breast density, age or screening round in community practice? This is an important question because in the 10 years since DBT was approved by the FDA as a screening modality, the number of breast clinics adopting this modality has increased. In fact, almost two-thirds of all certified facilities in the USA now have DBT units, despite questions about the technology – often referred to as 3D mammography – remaining unanswered.

In this comparative effectiveness study, Lowry and colleagues assessed almost 1.6 million examinations of women aged 40 to 79 years with no previous history of cancer or breast augmentation who had been screened over an eight-year period from 2010 to 2018. There were almost 1.3 million FFDM and 300,000 DBT examinations, a quarter of the women were younger than 50 years, while 42% had dense breasts. The authors presented their findings for FFDM vs DBT and found that the differences in performance between the two modalities were largest for baseline examinations. 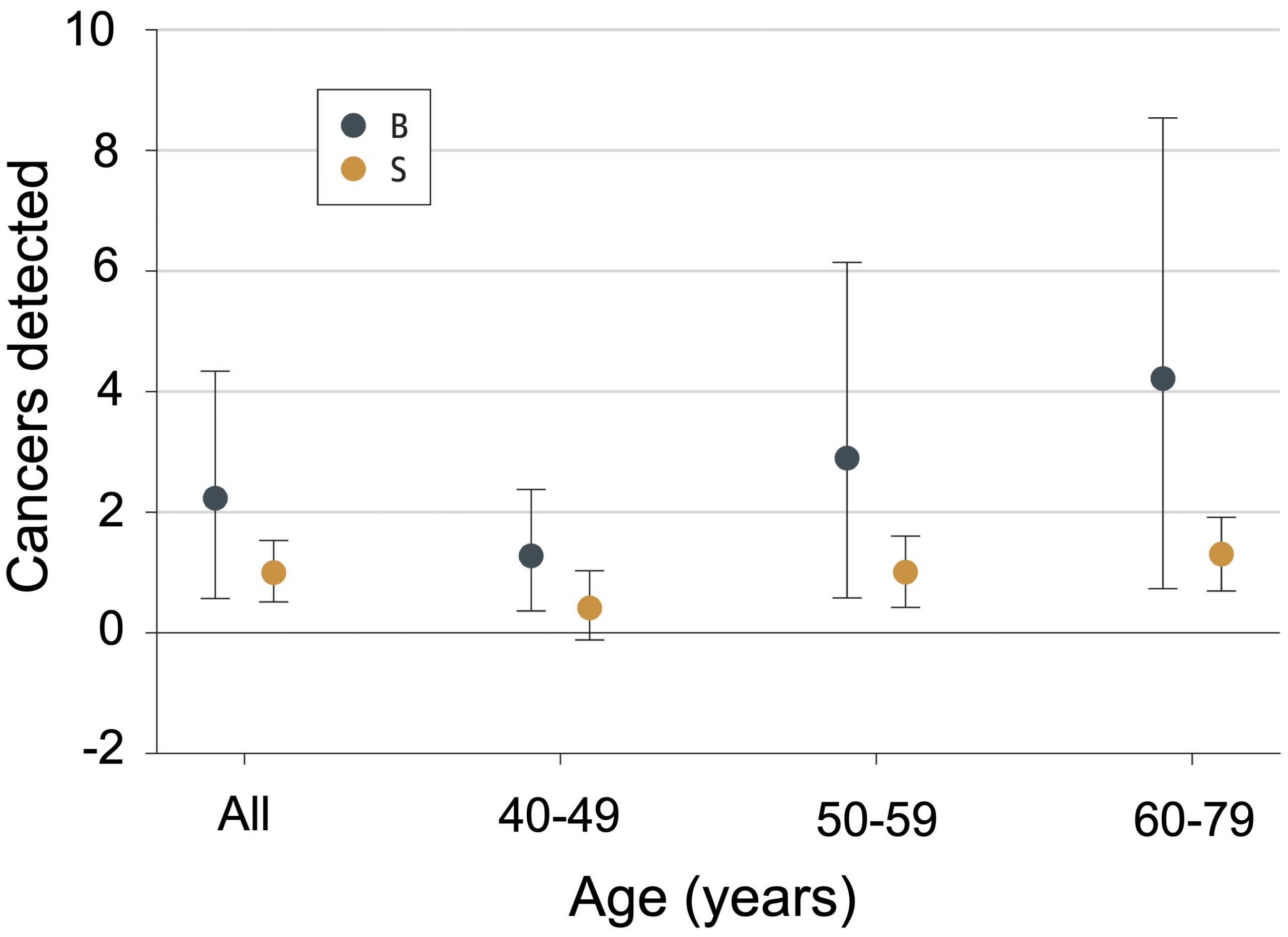 Seen at left (© JAMA) are the differences in the number of cancers detected per thousand women screened, broken down by age, where B = baseline and S = subsequent screening examinations. For example, in women aged 50 to 59, the cancer detection rate at baseline increased from 5.9 per thousand with FFDM to 8.8 with DBT. In addition, recall rates were significantly lower for DBT vs FFDM at baseline, especially for women older than 50.

Seen below right (© JAMA) are the differences in cancer detections per thousand women for subsequent screening examinations, broken down by density, where the BI-RADS classification has been applied: A = almost entirely fatty; B = scattered fibro-glandular density; C = heterogeneously dense; and D = extremely dense. Interestingly, the largest improvements in detection rates were seen for women with heterogeneously dense breasts. 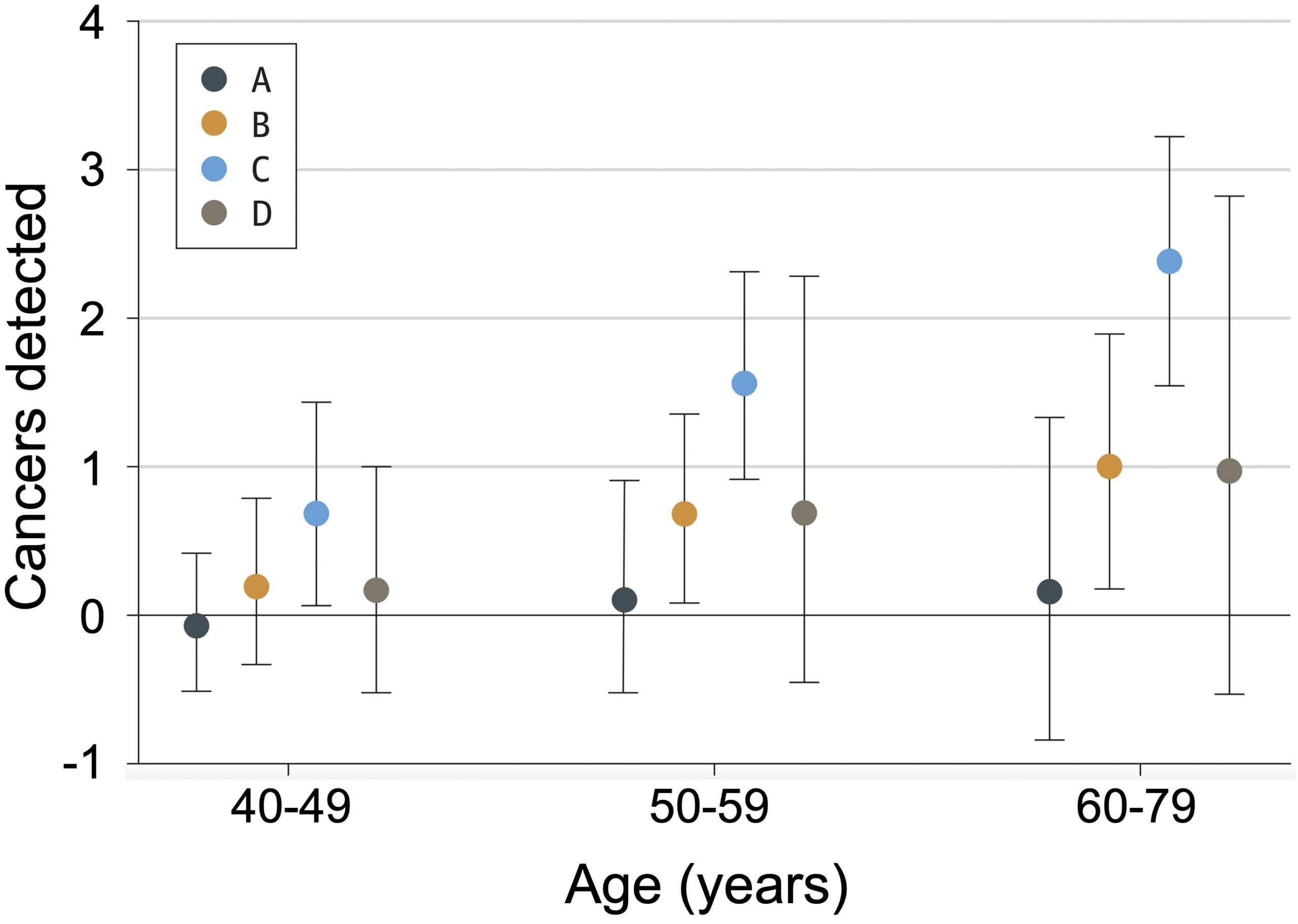 In an invited commentary, Catherine Tuite pointed out that although 38 states have breast density notification laws, there is still no consensus regarding the use of supplemental imaging for women with dense breasts. She commented that DBT is more expensive than FFDM and because third-party payment for screening by DBT is variable, patients might incur additional costs. However, Tuite concluded: “These new results may help inform discussions between women and their physicians about how best to use limited healthcare resources.”