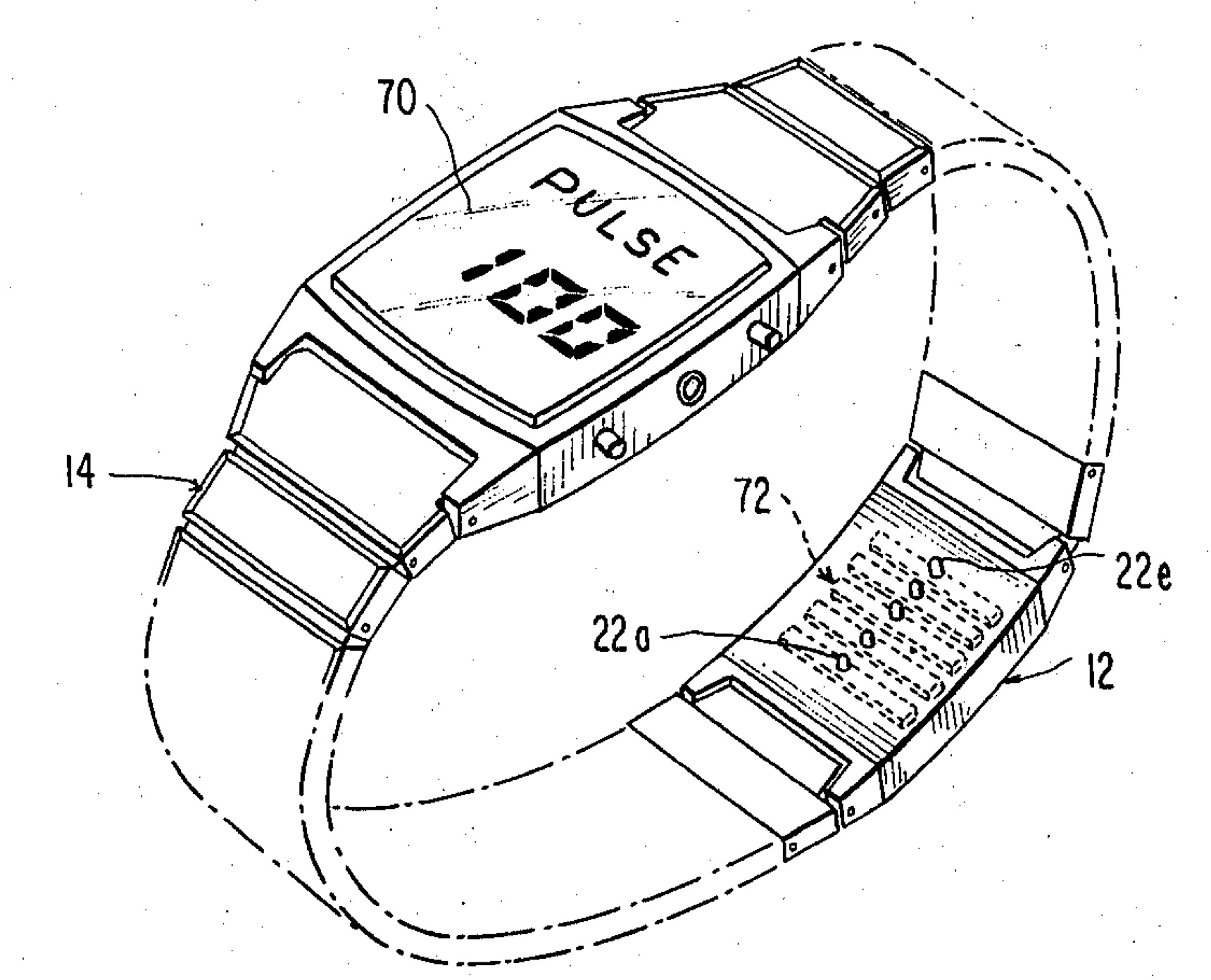 David Albert is the founder and chief medical officer of AliveCor, a ten-year-old company whose vision is “to be the 24/7 virtual cardiologist for patients when they are not in front of their physician.” For the past 40 years he has been an inventor, innovator, and entrepreneur, specialising in cardiovascular devices. His first United States patent (4,409,983) was awarded in 1983 and was a digital watch that monitored a person’s heart rate (see drawing at right). Since then, Albert has been issued a further 80 patents, 30 of them internationally.

In May this year, Albert delivered a keynote lecture at the 10x Medical Device Conference in San Diego entitled “Invention, Innovation, and Entrepreneurship for Medical Devices,” during which his infectious enthusiasm for the topic shone through. Click here for the YouTube video of his lecture that lasts 25 minutes plus another 18 minutes for Q&A. Among his lessons from four decades of inventing are: understand the megatrends and invent by “intercepting the strategic vector” of these trends; do not follow conventional wisdom but think orthogonally; and imagination is more important than intelligence. 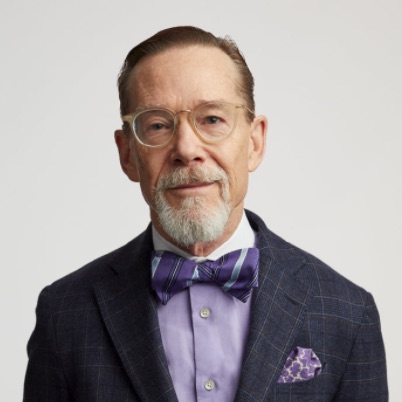 Albert (seen left) believes that inventing is a team endeavour – no one has all the necessary skills – and is adamant that you need a well-conceived plan: describe the problem and how you’ve solved it; identify all potential partners and competitors; estimate the market size and potential revenue; and describe your intellectual property. In the USA, the greatest burden on the healthcare system is cardiovascular disease, costing the country $352 billion annually and affecting 156 million Americans. Albert described AliveCor’s journey in heart health innovation over the past decade.

In 2012 the company launched KardiaMobile, the first FDA-cleared personal ECG reader with built-in AI algorithms, and in 2020 they introduced KardiaCare subscription service for consumers. Earlier this year AliveCor launched KardiaMobile Card, a portable ECG reader that’s the size of a credit card (seen below right). Their numbers are truly staggering: 2 million lifetime users; 150,000 subscribers; 185 peer-reviewed articles; and a database of more than 150 million recorded ECGs that form the backbone of their AI platform. 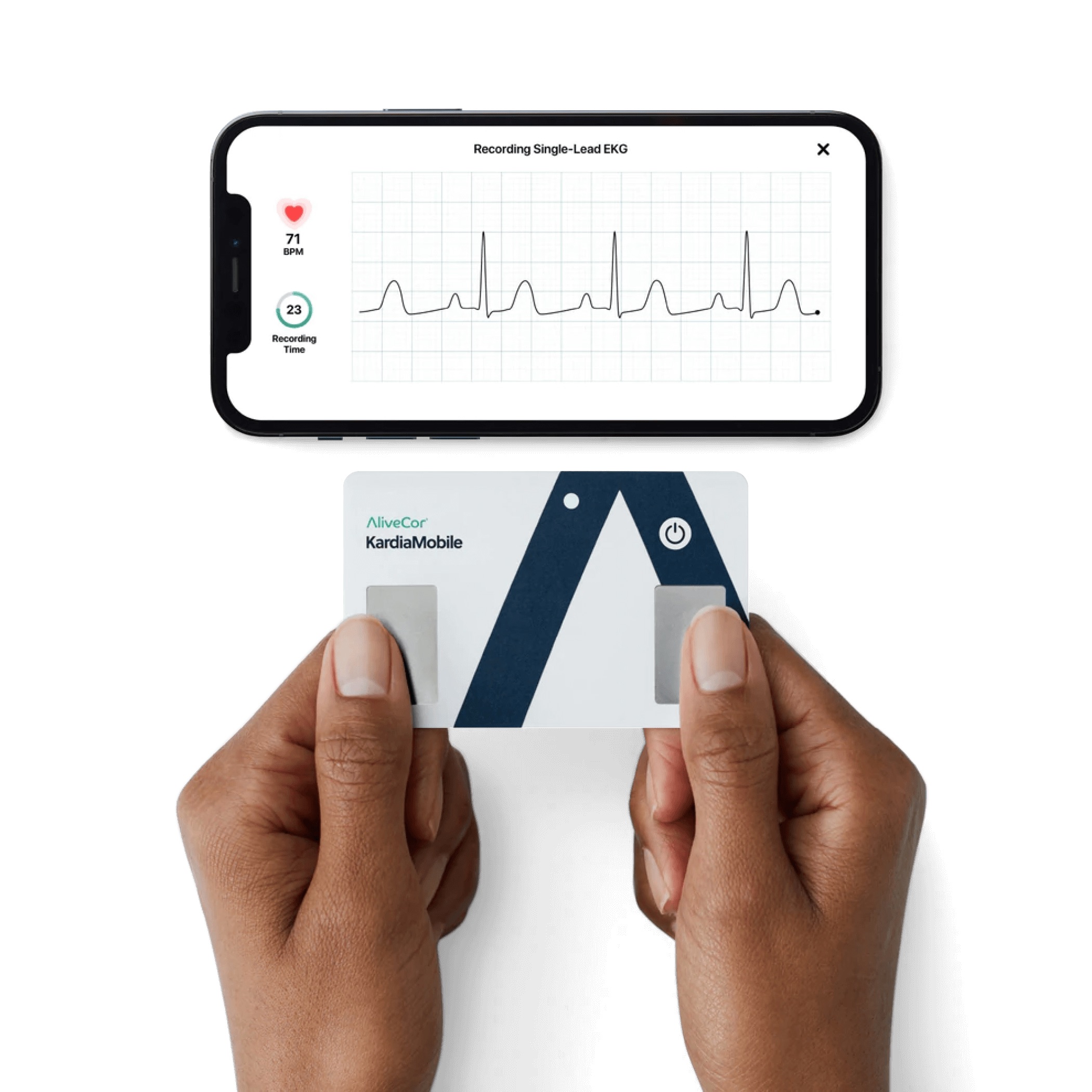 Albert concluded his entertaining lecture by summarising his personal system of innovation, using his own inventions as examples: patent; prototype; clinical validation; FDA clearance; and commercialisation. During the Q&A session, he performed a live demonstration of the KardiaMobile Card on a female volunteer and described how AliveCor had built its consumer brand. Finally, he told the fascinating story of how his father, Carl Albert, the Democratic leader in the House of Representatives, almost replaced Richard Nixon as President!