Is CAD Just Another Fad?

Imagine this scenario. A healthy woman receives her annual invitation to present herself for a mammogram. She checks in as soon as she arrives at the clinic and a quarter of an hour later four X-ray images (two views of each breast) have been acquired. The radiographer immediately sends the digital images, which are stored in an industry standard format known as DICOM  (digital imaging and communications in medicine), to the radiologist via the clinic’s network. By tapping into the picture archiving and communication system (PACS), the radiologist pulls the images up on his computer monitor.

He takes just 30 seconds to decide if the patient’s breasts are free of cancer, casting an experienced eye over the images, and then notices a pattern of calcification in the milk ducts that looks suspicious. With his mouse he places a circle over the suspected lesion. Now comes the interesting part. He clicks on an icon marked CAD and, within a second, the computer identifies two other suspected lesions that the radiologist has failed to see. It has taken just 20 minutes to make a preliminary diagnosis, to speak to the patient and ask her to return for a follow-up visit.

CAD stands for computer-aided detection, or sometimes also computer-assisted diagnosis, and is a tool that has been available to radiologists for over ten years. CAD utilises complex mathematical algorithms to recognise areas within medical images that are indicative of a disease process. On the face of it, CAD has the potential to increase a radiologist’s ability to make the correct diagnosis. But what happens in practice?

In July last year, Joshua Fenton published a paper in the Journal of the National Cancer Institute that evaluated the screening algorithms for more than 680,000 women. He concluded, “CAD increases the chances of being unnecessarily called back for further testing because of false-positive results without clear benefits”. However, a more recent article in Acta Radiologica has concluded that CAD has the potential to increase cancer detection by up to 16% while reducing the number of interval cancers by 20%.

While the jury is still out on the benefits of CAD, Hologic will soon release a new CAD package called ImageChecker 3D that has been specifically designed to search through tomosynthesis images for microcalcifications associated with breast cancer. The search for improved diagnostic tools continues. 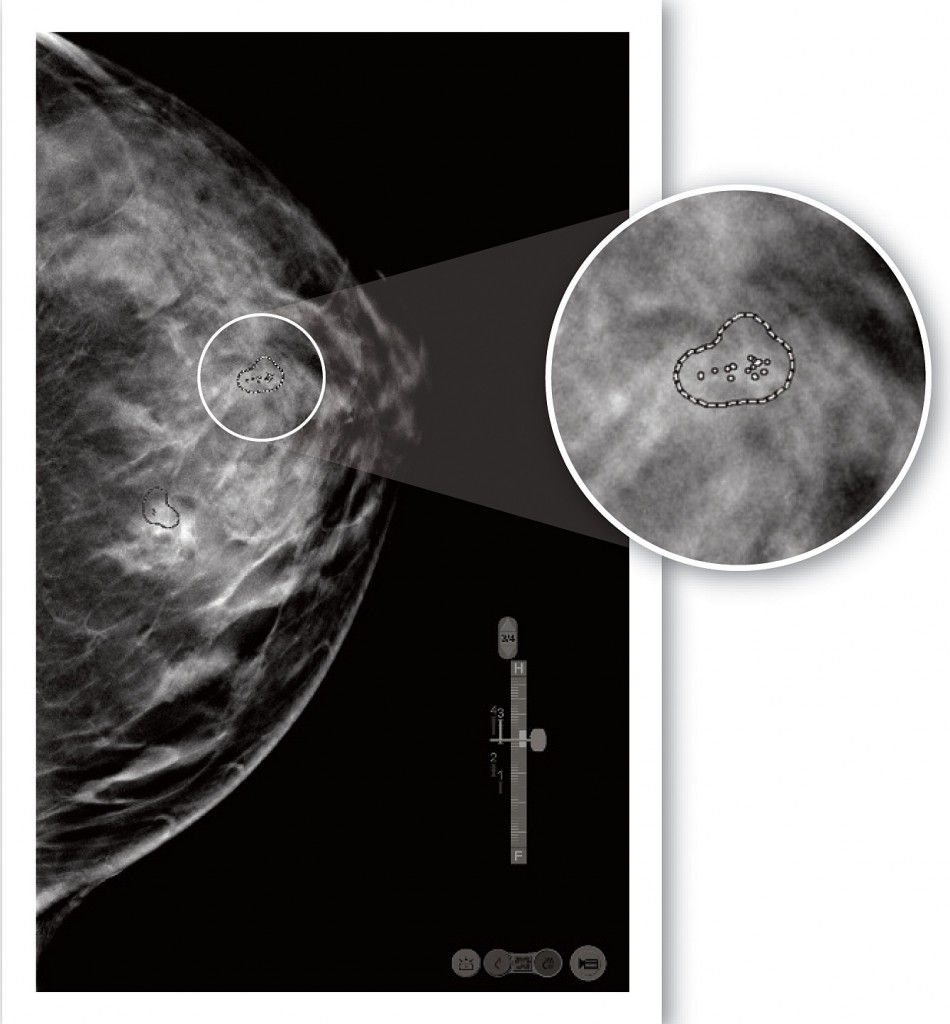