Is the FDA Too Slow?

Any company that hopes to crack the United States medical device market, currently worth more than $100 billion per annum, must first navigate the bureaucracy of the Food & Drug Administration (FDA). Two conflicting reports have recently emerged, one suggesting new medical devices reach patients too slowly, the other from the FDA itself, claiming a significant reduction in the agency’s review times. Let’s consider the evidence from these two reports. 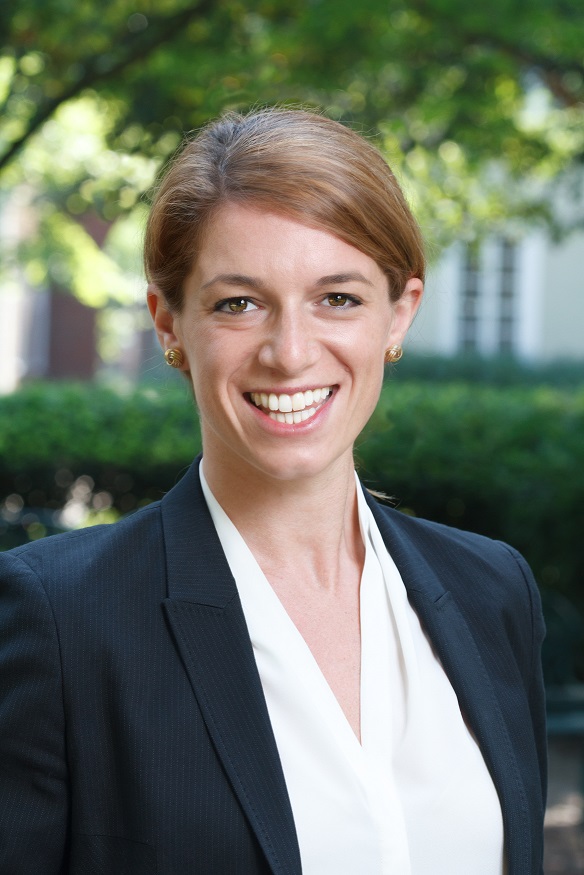 Ariel Stern (seen at right) is an assistant professor of business administration at Harvard who has published a working paper entitled “Innovation under regulatory uncertainty: evidence from medical technology.” She began with thirty years’ worth of FDA data – from 1977 to 2007 – and looked at approval times for high-risk devices such as cardiac pacemakers, coronary stents and implantable defibrillators. Stern concluded: “There is a huge delay associated with being the first product to enter a device market.” She estimated the delay can cost companies an average of $7 million, and that’s on top of the $94 million price tag to bring a new high-risk medical device to market.

Under pressure from both Congress and medical device manufacturers, the FDA has just released a report with two important findings: first, the number of applications rejected under the agency’s Refuse to Accept (RTA) policy has fallen from 57% in Q1 of 2014 to 37% in Q2 of 2015; and second, there has been a significant decrease in overall review times for medical device approvals between 2010 and 2014. 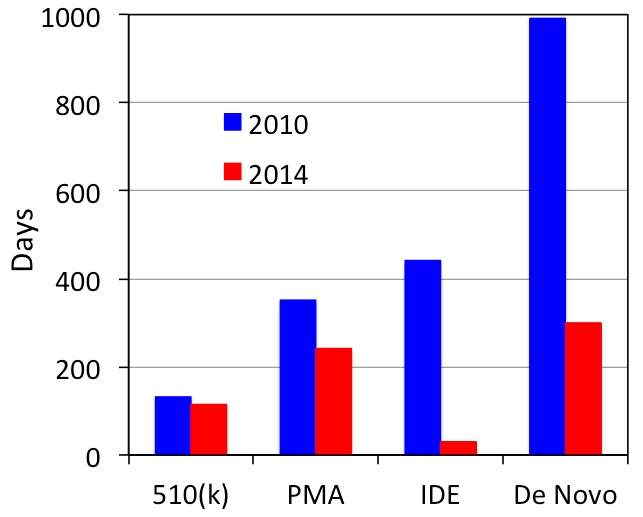 The FDA has summarised the number of days for review (see diagram at left) and provided information on four device types: 510(k), a low- or medium-risk device for which the manufacturer must demonstrate “substantial equivalence” to an existing commercial device; PMA, or pre-market approval, for a high-risk device where the manufacturer must prove safety and effectiveness; IDE, or investigational device exemption; and de novo, a pre-market request for the FDA to classify a novel device as low- or medium-risk. Review times were not only reduced in all four categories, but the agency also reported that the numbers of 510(k) and PMA applications processed have also increased substantially in the past five years.

These improvements have been attributed to policy changes at the FDA’s Center for Devices and Radiological Health, and this is good news for manufacturers like CapeRay. The FDA has apparently upped its game since 2007 which was the last year in Ariel Stern’s analysis.