Is This Finally DBT’s Time? 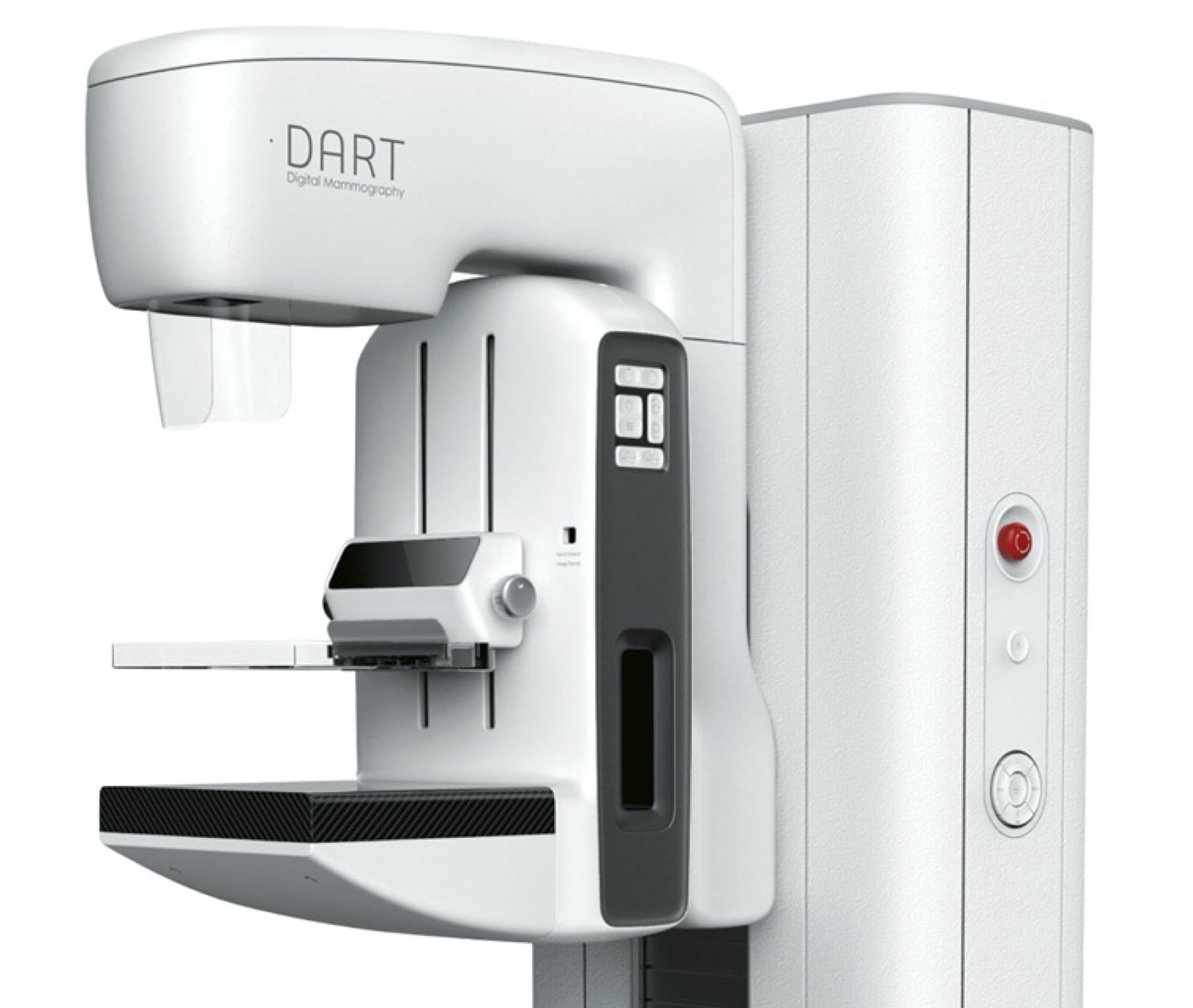 Full-field digital mammography (FFDM) has been the “go to” imaging modality to screen for early detection of breast cancer for almost 20 years. For the past decade, however, digital breast tomosynthesis (DBT) has emerged as a serious challenger to FFDM because it can detect cancerous tumours hidden in dense breast tissue. In the United States there are 8,768 certified clinical facilities, in which there are 13,194 accredited FFDM units and 10,876 accredited DBT units. Two recent articles, one in The Lancet Oncology and the other in Science Translational Medicine, suggest that DBT’s time may finally have arrived.

German researchers, led by Walter Heindel, studied almost 100,000 women aged between 50 and 69, half of whom were randomly assigned to be screened with FFDM and the other half were screened with DBT plus synthesized digital mammography. The results were clear cut: FFDM yielded 4.8 cancers per 1,000 women screened, while the combined DBT approach produced a detection rate of 7.1 cancers per 1,000 women screened. The mean glandular dose for FFDM was lower than for DBT – 1.36 mGy vs 1.86 mGy – although both were less than Germany’s reference level of 2 mGy. 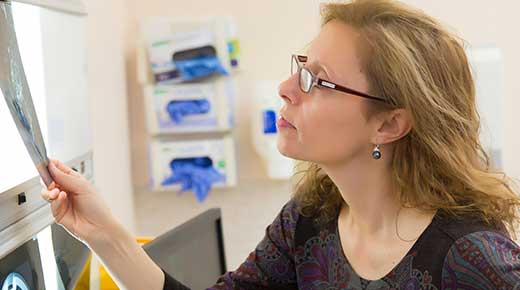 This prospective TOmosynthesis plus SYnthesized MAmmography (TOSYMA) study prompted Nehmat Houssami from Sydney, Australia to write an accompanying commentary entitled, “Should tomosynthesis replace mammography for breast cancer screening?” She was cautiously optimistic the answer might be “yes,” although pointed out the current limitations of DBT: absence for effect on interval cancer rate; no evidence yet on long-term outcomes; and longer time to read the images. Houssami (seen above left) concluded that breast screening programmes probably need to prepare proactively for a transition to DBT.

A group of researchers from Stockholm, Sweden and four centres in the USA, led by epidemiologist Mikael Eriksson of the Karolinska Institutet, published a key paper in Science Translational Medicine earlier this week. While recognising that screening with DBT improves breast cancer detection and reduces false positives, they pointed out that no model yet exists to take advantage of the additional information generated by DBT for predicting breast cancer risk. 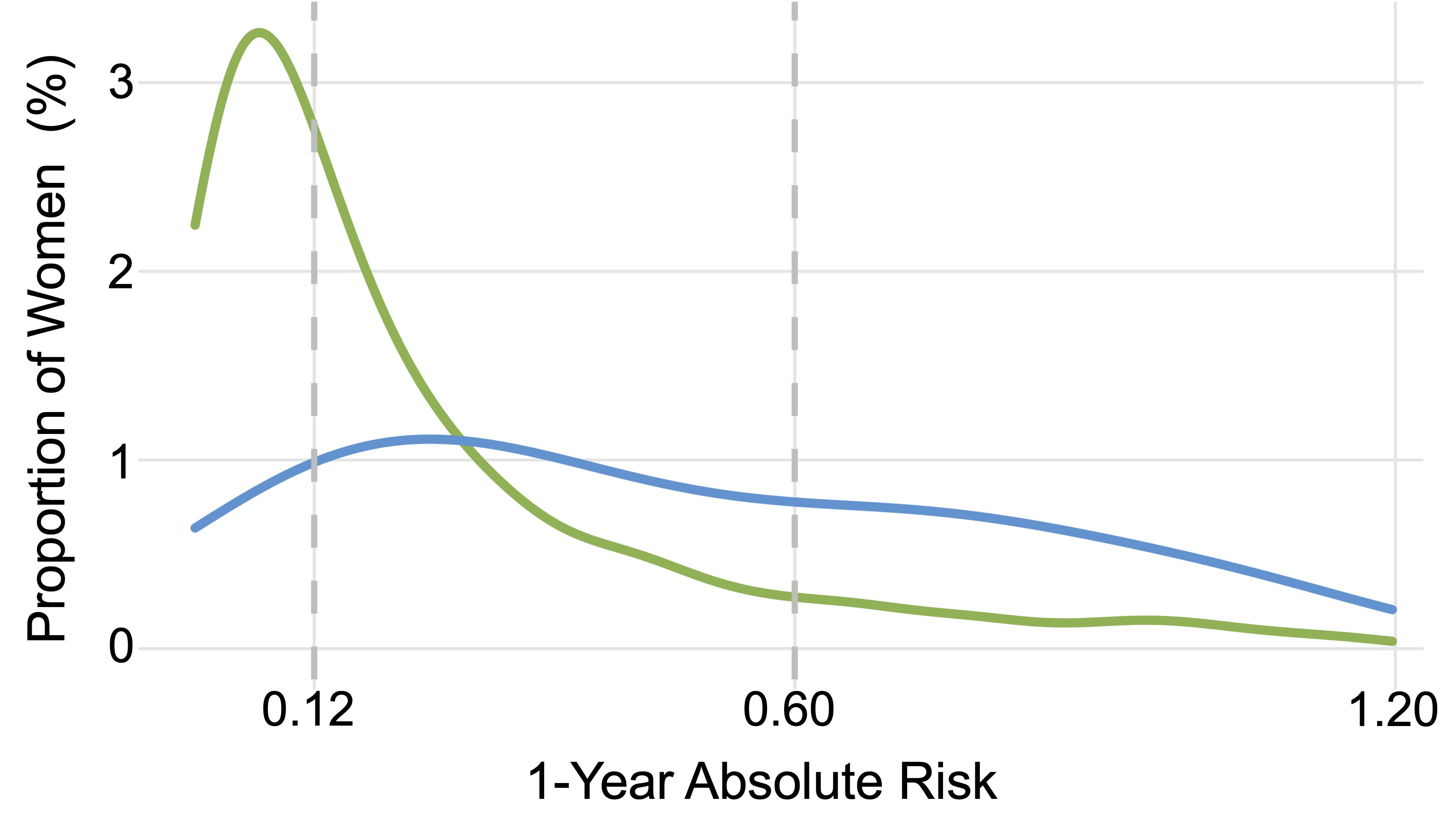 Their risk model was based on 154,200 women aged 35 to 74 attending DBT screening and they included images from multiple vendors (GE, Hologic and Siemens). Seen right (© AAAS) is their validation dataset, showing the frequency distribution of one-year absolute risks for developing breast cancer with cases (in blue) and healthy women (in green). The authors concluded: “Using mammographic features generated from DBT screens, our image-based model could guide radiologists in selecting women for clinical care, potentially leading to earlier detection and improved prognoses.”